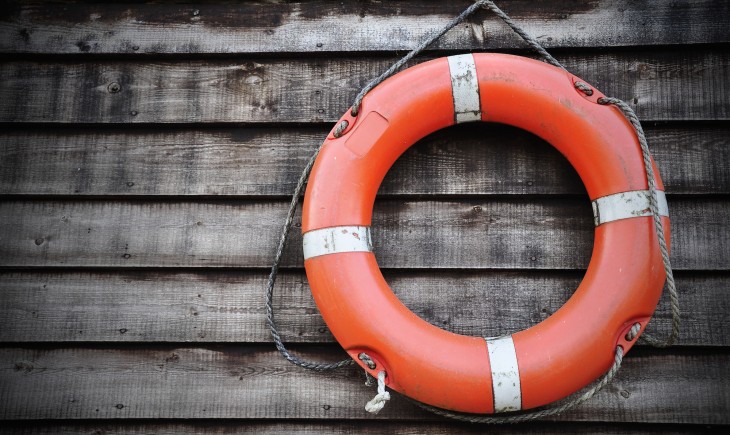 I used to work for this company that had one of those infamous open-door policies.

Our office manager told the administrative team that we could come to her for any and all problems we were having. Except, no one ever did. This seems to be the fate of many open-door policies.

It’s not like this problem doesn’t exist in other parts of our lives, we have trouble asking for help a lot. Why is that? Why do we all have such trouble asking one another for help and how can we get over this?

First, let’s define what help is. Help is when you make it easier for (someone) to do something by offering one’s services or resources. In order to get it, we have to seek it. There’s no way around that part of it and that’s where all the problems start.

When we boil down our issues with asking for help what we are left with are about three main fears:

Fear of appearing weak/being out of control

Being out of control is not exactly high up there on the “sign me up” scale of human life.

No one likes to freely admit their incompetence, but that’s exactly what we think we are doing when we ask others for assistance. At work, this becomes a particular issue. Our working environment is dictated largely by competitive attitudes and the desire to appear as knowledgeable as possible. Willingly showing another individual a weakness leaves us vulnerable.

When you ask for help, you depend on the other persons response to dictate your next set of actions. That dependence is extremely undesirable. It forces us to give up our own power. What this all has to do with is something called self-presentation (AKA impression management).

We spend a lot of time creating, modifying, and managing other’s perceptions of us. When we ask for help we believe we are destroying the image of ourselves that we have built up in another persons heads.

We think, “Well great, now Bob here is going to think I’m a huge ass who can’t do their job.”

We have these views thanks in large part to some pretty ingrained cultural norms. Research shows that in cultures that place a high value on self-sufficiency (aka western cultures) people tend to find that asking for help is a lot more difficult. Asking for help takes us out of the drivers seat and puts us in a passive position. It’s no wonder why that’s such a difficult thing for us to be comfortable with.

Fear of being a burden/rejected

“People are less willing to ask for favors that are more burdensome or effortful, even if their need for assistance is legitimate.”

You may be thinking to yourself, “How do people know this?” Well, we don’t. Most of us just assume this and of course we do so incorrectly.

Not only do we overestimate how much of a burden we are, we also overestimate how often others will reject to help us. Study after study demonstrates this. In one study, people estimated that they would have to ask twice as many individuals to get the outcome they desired. Here’s what that looks like:

Why do we do this? Well, a big part of it is we can’t see beyond our own needs, emotions, and concerns. We are so worried about ourselves that we don’t see how awkward it is for other people to actually deny a request for help.

Fear of being indebted to another

The last (at least for this article) of our trio of fears, is our fear of feeling like we owe someone who has helped us. We can’t help but ask ourselves, “What will asking for help cost me? What will this person want in return?”

Generally, we like when relationships are evenly balanced and asking another person for help shifts the power balance in the other persons favor.

As social creatures, maintaining equilibrium in relationships is a fairly important thing for us. Surely you’ve come across someone who simply won’t let you repay a favor? Or perhaps you’ve dealt with someone who simply won’t stop helping you even after you stopped asking for it? We don’t like to open ourselves up to these kinds of unpleasant social situations, so we avoid them all together by not asking for help.

Asking for help isn’t a bad thing, it doesn’t mean you are incompetent or incapable. It is however, a part of life that we all need to get a little more comfortable with.

Why should you ask for help? Here are three (somewhat obvious) reasons:

But how, how do we get better at something many of us seemingly suck at?

People generally don’t wear signs on their head that say, “Ask me for help.” And if they did, they would probably be the last person we would go to for it.

Individuals feel much more comfortable asking for help from their peers than they do someone high up on the proverbial food chain of their company. When you ask for help, you are navigating some pretty complex social terrain and that’s difficult enough as it is. Throw in the idea of having to talk to a superior and freely admitting that you are not competent enough to complete a task, and well yah, you may as well forget ever asking for anything.

Here’s what we fail to realize.

“We find that people generally underestimate the likelihood of compliance in making a direct request for help, in part, because they fail to fully appreciate that although it is difficult for help seekers to risk rejection, it is also difficult for potential helpers to offer rejection…” Flyyn and Lake

Does that mean that everyone who is helping us is doing so out of social pressure and not for purely altruistic purposes? No. It’s likely one of many factors that an individual weighs when offering assistance, but it is an important one that we often overlook due to our own ego-driven concerns.

TL;DR: No one wants to be seen as the Dwight of their workplace.

How to ask for help

My parents always told me that if I wanted something I’d have to ask for it. To which I told them, “THEN I DON’T WANT ANYTHING!” I was not about to play their sick games.

What they were trying to do is teach me a lesson in how to actually ask for the thing I need. I have this really wretched habit of getting very close to hinting at the thing I need, but never actually asking for it outright. Learn from my pain, do not do this.

Not only are people far more willing to help than we give them credit for, they respond much more to direct and specific asks. This one study that involved people asking others for money on the street looked into what effect asking for a specific amount had on the total given.

Most of us are so caught up in our own minds that we don’t always fully consider what is being asked of us, or hell, even what people are saying to us. The pique technique gets someone’s attention by asking for something unusual enough to jerk their brain into a fully mindful state.

By doing this, you provoke the individual into actually considering their response before they give it.

Being direct and specific gets the best results because people like to have something concrete from which they can base their actions on. It allows that person to weigh the cost and benefit of providing the help. What you are doing is saying, “Here’s a direct set of parameters from which you can directly act upon.” People cannot act upon something wishy-washy or vague.

People are willing to help, they even want to help, but you have to ask.

Cultivating a culture of help

Our workplaces are a reflection of the norms and standards setup by management which are then subsequently adopted (or not).

Much of this depends on how those norms are enforced and demonstrated. You can tell me what an open-door policy is but how do you personally model it? Building a culture of help is all about the art of practicing what you preach.

The more competitive a workplace is, the more difficult it is to ask for help. No, I’m not saying you should seek to eliminate competition in the workplace. You can, however, overcome some of the barriers of a competitive workplace by promoting a more team-based environment.

Refocusing some tasks, attention and achievements on teams as opposed to the individual, can encourage people to rely on one another. A cooperative team environment helps to mitigate the shame and embarrassment we would normally feel as an an individual asking for help.

Organizations that concentrate resources like; expertise, seminars, or access to information, on upper levels of management, do a disservice to other employees who would normally seek out help. Instead of saying, “If you want help, you have to go up the ladder,” access to help should be evenly distributed and readily available to anyone that requires it.

A company that I think does this really well is Eventbrite, where it give employees ample opportunity to ask questions in an open (and non-threatening environment) every single week.

The company incorporated seeking education and additional help into its culture, something that has worked incredibly well for its employees.

Making sure that people have access to knowledgeable peers at every level of the company is a great way to foster an environment of helpers.

Read next: Communicate with confidence: How to be more assertive

Read next: Google Now Launcher is now available for all Android 4.1 and later devices