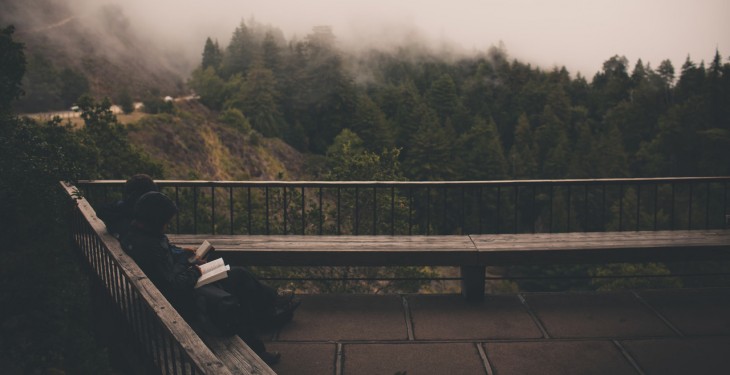 Belle Beth Cooper is a co-founder of Exist, a personal analytics platform to help you track and understand your life. This post originally appeared on her personal blog.

Something I noticed around the start of this year was that quite a few people I came across had set goals for big, exciting changes they want to achieve in 2014 that are beyond their control.

A good example is getting a new job. I noticed a couple of people who’d set goals to “get a job at x” or “work for x” this year.

This reminded me of something I learned as an actor. Actors are, for a large part of the time, at the mercy of others. Most of us are vying for roles that are overwhelmed with applicants, chasing down directors and producers who have too many actor friends already, and sending card after card to agents, hoping to get signed.

And that’s if we’re being proactive about our careers (of course, there are other ways to go about getting work as an actor, like writing and producing something yourself, but those seem to be the exception, rather than the rule).

Unfortunately, being at the behest of others so often makes actors prone to set goals that are beyond our control. Getting a lead role, say, or signing with an agent. These kind of goals rely on others to make them happen. If you don’t get that role or land an agent, you’ve failed on your goal, even if you’ve done everything you could.

Setting goals that you can’t control is setting yourself up for failure.

Habits and systems, not goals or resolutions

James Clear wrote a great post on why systems and daily habits are more successful than setting goals. In it, he said:

Goals can provide direction and even push you forward in the short-term, but eventually a well-designed system will always win. Having a system is what matters. Committing to the process is what makes the difference.

I don’t think daily habits or systems need to be mutually exclusive with big goals. I just think they’re a better way of achieving those big goals. Especially because they help you focus on the reasons you set those goals in the first place—the real improvements you want to make, that your goals represent.

Let’s have another example.

You can see where I’m going with this already, right? You can’t control whether a publishing house picks up your book. Even if you do everything you can to finish it and get it in front of the right person, your goal is out of your control at that stage.

But, let’s look at why you set that goal in the first place. Was it because you want to be a published author? Okay, so self-publish the book. There’s a goal you can control, so whether you reach it or not is up to you.

What if you just wanted to become a better writer? Well, that’s where you can look at a system like James Clear suggested. Writing every day, and deliberately practicing so that you’re always improving is a system you can follow.

A note, though: if you don’t really want to put in all that effort, setting a goal you don’t control is a good way of setting up a fallback. It gives you someone else to blame when you don’t reach your goal.

Keep that in mind next time you set a big goal: if you find yourself aiming for something you have no control over, ask yourself whether you actually want to put in the work to achieve it. If you do, reframe it to become something you can be accountable for.

Read next: New Android phones are leaking location data via Wi-Fi according to EFF