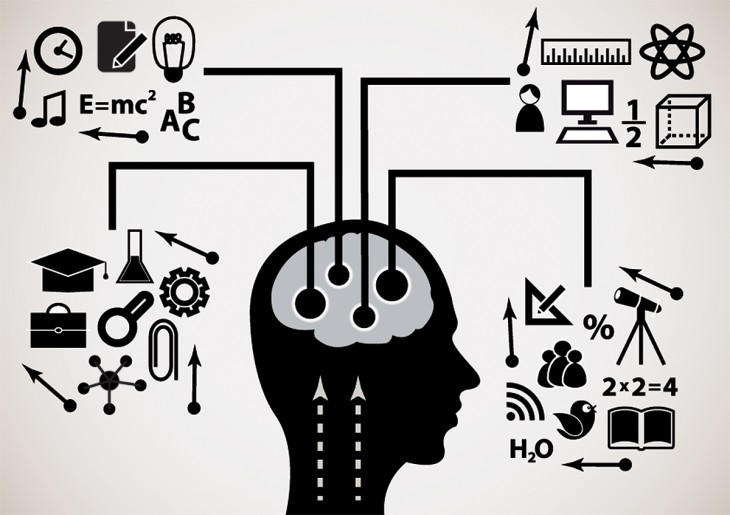 Every habit you want to build can be broken down into a sequence of steps.

For example, a gym workout can be broken down into the following steps: getting off your butt, changing your clothes, putting a gym bag together, traveling to the gym, doing your workout, showering, and going home.

You know working out is good for you but when it comes time to exercise, your brain doesn’t just see the glory part of the process where you’re pumping iron like you’re training for the next “300” movie— it sees all the before and after steps too. Because our brains love taking the path of least resistance, these before and after steps are often seen as barriers.

You know you should workout today but your brain is telling you things like,

Don’t forget about the time it takes to drive to the gym, pack your stuff, do your workout, and travel back home. That’s going to take hours. Do you really have time today?

When these thoughts pop in your head it makes it easier for you to justify not working out and can lead you to believe that maybe you just don’t like exercising (even though you know it’s good for you).

You don’t hate the habit, you hate the process

Oftentimes, it’s not the habit or task you hate, but the process. Your brain wants the steps involved in completing the task to lean on you until you crumble.

So it seems one answer would be to remove as many unnecessary steps that are involved in the process of the habit you’re trying to build. By removing steps, your brain should think the habit will be easier to accomplish.

If we stick with the habit of exercise as our example, working out at home instead of commuting to the gym should make you more likely to exercise. In this case, almost all the steps surrounding the actual workout would be removed, making you more likely to do it.

The problem is your brain will probably get even better at making excuses.

I’ve designed a home workout that lasts about 20 minutes, simplifying the exercise process by removing the commute and reducing the length of time required to workout.

Although I minimized steps in the process of exercising, my brain still found ways to manufacture new excuses like,

You haven’t eaten yet and you need energy before working out. Eat first, then you can work out.

You just ate and need to digest. Workout later.

You have too much work to do right now, so this workout needs to wait.

While I simplified the process my brain adapted, coming up with new excuses for the current situation. I thought there must be another way to fight off my brain’s interest in being lazy.

During my research on habit formation, one helpful piece of advice I came across was to start small when trying to build a habit.

For instance, if you’re trying to build the habit of flossing daily, start by flossing just one tooth. This will make the task seem easier compared to flossing your whole mouth. Then, you can build up the habit from there, flossing one more tooth each day, until your flossing your entire mouth.

Using this technique, you only need to build enough willpower to overcome a small step to trigger the behavior.

One of the reasons why starting small works is there’s a process that happens naturally in your brain when a task is left unfinished. It’s called the Zeigarnik Effect and it kicks in when your brain reaches a key step in the process of completing a task.

Researchers note that once you pass this key point in the process of doing a task, your brain will want to finish the job like an unstoppable, Terminator-like machine.

You’ve likely experienced the Zeigarnik Effect before. Maybe you had one chapter left in a book you had been reading and you started to feel that you should’t stop reading until you finish it.

Maybe you were working on a project where once you reached a certain stage, you didn’t want to leave your office until you completed the job. Right now, I’m doing my final round of edits on this piece and I don’t want to do anything else until I hit publish.

In these examples, you’ve reached a certain point where you’re experiencing feelings pushing you to complete a task. My experiment was to find the key step in every habit I had been trying to build that would trigger the feelings of a need to complete the behavior or task. If I could identify that step, then I could focus on getting to that point for every habit or task and my brain would help me get to the finish line.

How to turn your brain into your ally

The next time I went to do my workout, I started to be mindful of what step in the process caused my thoughts to switch from, “I don’t really feel like working out right now,” to, “I’m ready to sweat and nothing can stop me.”

I went through my usual workout process and paid attention to my thoughts at each step of the way.

I got off my butt. My thoughts didn’t change.

I went to my closet and turned on the light. Still nothing.

But when I put my gym socks on, my thoughts shifted.

Rather than second-guessing if I should be working out right now, I started to think about the excitement of the workout. As I pulled my socks up, blood pumped through my legs and thoughts like, “I think I can do more push-ups this time than my last workout,” dominated my brain.

At this moment, I realized that I had accepted this workout was going to happen. My brain became my ally instead of my enemy.

I started to use this trick every time I knew I should go work out. It’s helped me be more consistent with exercising because I know that putting on a pair of socks is easy and if I get myself to do that step, I’ll workout.

Here’s a few more habits (along with their respective trigger steps) that I’ve successfully started building using this technique:

It’s likely that every habit or daily task you’re trying to accomplish has a tiny trigger step in its process. A step that once you get past it, it becomes much easier to follow through and complete the rest of the task because your brain will want to do the rest.

By identifying this step, you’ll know how to set off a chain reaction that will help you push past your brain when it wants to be lazy.