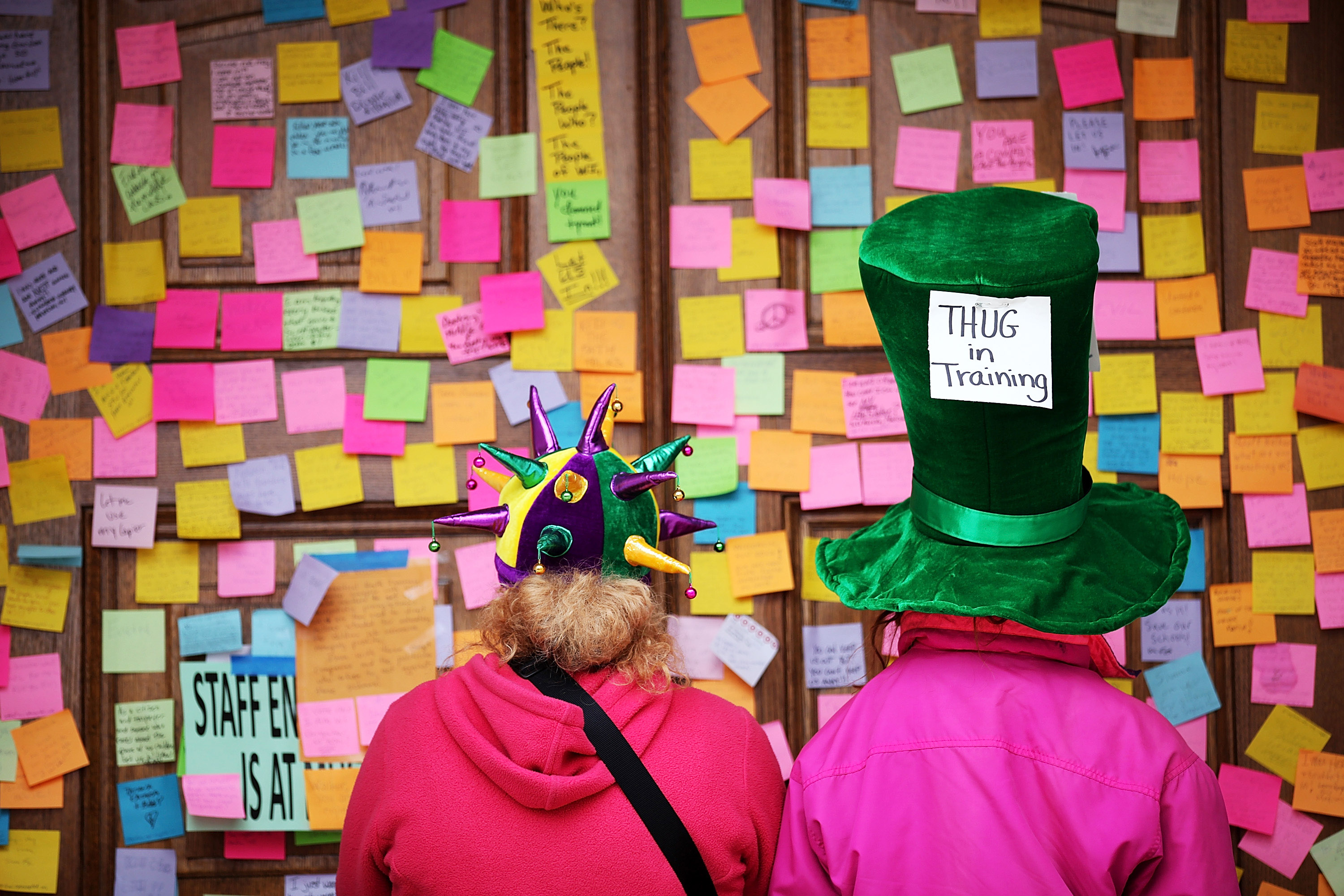 To many, the meteoric rise of blogs about productivity in the mid-2000s was inexplicable and came out of left field. It probably shouldn’t have been a surprise.

Products like Stephen Covey’s 1989 book The 7 Habits of Highly Effective People and David Allen’s 2001 book Getting Things Done were immensely popular well before the ‘productivity blogger’ was a thing. People seem to be looking for some kind of golden ticket to achieving great things — or at least, doing a lot of stuff.

There’s nothing inherently wrong with this kind of content, though one could say there’s not much left to say and a lot of the information out there is misguided. In fact, over the past seven years this phenomenon has given rise to plenty of tropes that adherents cling to like holy gospel, unwilling to admit the highly personal nature of how we think and accomplish things. Here are seven golden and immutable rules productivity gurus will tell you that are at best misguided and at worst outright lies.

Early rising will turn you into Superman

Productivity people tell you that no matter whether you’re a night owl or a natural early riser, if you’re not out of bed by 5AM you may as well give up and go home. This is one of those cases of information dispensed in a misguided way. Research proves that sleep schedules are highly personal. They’re not ambiguous, though, and the ideal sleep schedule for you is easy to determine.

The chronotype, well-summarized by Brain Pickings, is like your own personalized internal clock that determines whether you perform best when you wake up early or by sleeping in. The evidence shows a broad range of types at every age group. It points to the fact that teenagers do best when they stay up late and also rise late, explaining why millions around the world are chronically exhausted after early mornings thanks to the school structure that governs their lives.

It does reveal that people tend to move towards earlier chronotypes as they age, but that’s simply a statistical trend; each case is still different for each individual, and the validity of ‘early riser’ advice remains dependent on personal information.

Never process your email first thing in the morning

This is great advice for some people, but it all depends on how you work. For me, getting straight into email in the morning is an awesome momentum builder. I keep in touch with my team and get into a working mood over coffee, which I can then leverage to start on big projects. For others, it’s totally derailing and they never quite escape the grasping tendrils of their inbox.

The advice to check your email on a less regular basis is by and large good, but also role dependent. As a Features Editor dealing with long-form content and other features, getting mired in email can be counterproductive. For my news-gathering colleagues, a missed email (or even tweet) can mean a lost scoop. The structure of their role suits it, too: you find a story, you write it up, and you go back to looking for the next one. It all comes down to what works given the situation.

So for productivity advice that is less misleading, listen to this: Some people work better by focusing on big projects first thing in the morning, others find processing email builds the momentum required to get the brain going and can then launch into big tasks from that frame of mind.

It’s not so much advice as it is a big “it depends” — and that’s the core problem with many of these myths.

Many productivity bloggers talk a big talk about getting rid of notifications and other distractions — I don’t believe for a second that most of them actually do this — and focusing on just one file from one project at a time.

It may be cause for confusion, then, that these same bloggers recommend you set up a dual — or triple! — monitor setup so that you can look at more stuff at the same time.

There have been studies bandied about on the topic in past years that gave us all the evidence we needed to rush out and grab a second or third monitor, but we’re talking about studies sponsored or even published by companies who make monitors and profit from their sale. So that kills any credibility. There are just as many studies proving the opposing point. Are those guys right?

Well, probably not. It really comes down to what you need in your situation. Day trader or news reporter? It’s likely to be a boost (sometimes — and yes, the commenters on that post did miss the point that monitoring Twitter and the like is part of the job for many here at TNW). Need to focus on more than one thing at a time? A screen that forces you to do this is going to force you to have better focus (though it’s not a fix for poor self-discipline).

A lifehack a day keeps procrastination away

While this isn’t something anyone has out and out said, productivity bloggers make their dough on the idea that you’ll come back tomorrow for another little trick that’ll save you about as much time as it takes to read and implement.

I like reading Lifehacker. Sometimes I learn cool stuff and change the way I do things. But there’s no magic bullet to productivity. Self-discipline, focus, good nutrition, exercise, sleep and maintenance of your stress levels are all far more effective for gearing you into action than any app review or flossing shortcut.

If you head to Google for advice because you can’t think straight after eating a hamburger for breakfast following a four-hour sleep because you were up until 3AM drinking, you’ve got to reconsider the basis for productivity, energy and motivation — and that’s all on how you take care of yourself.

I can fit all this in a day!

Common advice tells you to schedule your day’s work and slot in a guess for how long each task will take you.

But our brains are wired to hinder us in this regard. Hofstadter’s Law and the planning fallacy say things always take longer than we expect, and studies show that this is because we have no real mechanism for perceiving time. I won’t steal too much of Dave Goodsmith’s thunder — you can read his piece on The Next Web that provides solutions to the problem.

If you’re feeling unproductive because you scheduled all this work in for the day and didn’t get through it all, it’s because productivity types are telling you to fill up your day without equipping you to plan realistically.

Output shouldn’t be measured by some time:work ratio

Ever had a boss who wants you to quanitfy every minute you worked with the tasks you completed in that time?

While that’s classic micromanagement of the worst kind, I’m sure it’s needed for those chronic procrastinators out there. But it fails to take into consideration the fact that our brains aren’t mechanical machines. They’re sort of like computers, in that they need to process things, but they do it in a far more abstract way.

There’s a quote from Mad Men you may be familiar with, when Roger Sterling tells Don Draper, “I’ll never get used to the fact that most of the time it looks like you’re doing nothing.” For an advertising copywriter, and many other information careers in particular — though this applies to some extent to everyone who has to make a decision at some point in life — getting content onto the page is only one part of the process. The bulk of the work takes place in the mind.

And when we feel pressured to be constantly moving and doing things visibly in a corporate world that doesn’t accept time to think as part of a role, we take precious cycles away from that brain. Truth is, we could get stuff done much faster if it was acceptable to sit, think and process. That’s where 90% of the work happens.

With some exceptions, most productivity gurus encourage this status quo by advising you to life a task-driven life.

The right system will add more hours to my day

Productivity bloggers are always talking about optimizing systems and trialling new software and tweaking this and that like it’ll magically make more hours appear.

We have 24 hours in a day, and we spend a good chunk of them sleeping (hopefully, if we want to get good quality work done). We can get organized and that’s great. We can use a system, and that’s great, too. Getting organized is what systems are for and it’s important to understand that organization is not magic, it just makes life smoother.

The cold hard facts of life come into play here. There are only so many hours in your day, year, life. Each task takes a certain amount of time, unless you’re blazing through and producing crap. Relaxing the mind, giving it time to process things and time to rejuvenate by drawing new creative ideas from social discussion, movies and exercise also takes time.

Your favorite productivity guru is incapable of changing the laws of physics last I checked, but they lead you to believe otherwise.

There are, in fact, good people giving good productivity advice

Don’t get me wrong. While you don’t need 1% of the stuff that’s out there on productivity, there’s good advice to be had. Most misguided productivity bloggers have good intentions, but then there are a few with the ability to deliver life-changing advice to those who haven’t been taught the skills of organization, time management and self-motivation (as we all should be, in an ideal world, during our formative years). The odd lifehack is fine and fun, and sometimes it helps to just feel like there’s something new in our workday.

But get out of the trap while you can. Get some good advice, make it part of your life and move on to learn some new, unrelated skills. That good advice is simple stuff that doesn’t take a lot of time to learn. This industry that has sprung up around robbing you of the hours you’re supposed to be saving is a dangerous mouse wheel.