I’m going to go out on a limb and guess that a huge majority of the running population kinda sucks at running.

When most people start running, they have zero training, zero strategy, have never put any thought into their technique or method, and just kind of “go for it.” Now, although I’m a big advocator of ‘getting started’, I think it’s incredibly important to be smart about HOW you get started when it comes to running. I’ve already written a beginner’s guide to running on my Nerd Fitness blog, but I wanted to also hook you up with an interview I did with my buddy/running guru Jason Fitzgerald of StrengthRunning.com.

Jason and I share very similar views on training, performance, diet, and more, with just a different focus (mine on weight and strength training, his on running), and when I got a chance to meet up with him in Washington DC back in July, I knew we needed to work together.

Back in September, we co-released an ebook designed to cover every freaking aspect of getting started with running that you’ll need – including videos of proper technique and form, tips for injury prevention, how to deal with injuries when they happen, workout and running plans to get you through your first 5k, and more.

Recently, I sat down with Jason and picked his brain about running. Here’s how to not suck – or at least suck less – at running.

Steve: Alright man, every super hero has an origin story. What’s yours?

Jason: I started running cross-country in the fall of my freshman year of high school. I actually went out for the team because I thought it was like Track and I could do the high jump. There’s clearly no high jump in cross country and at the time, I wasn’t really into running. But the guys on the team were fun so I stuck with it and ended up running cross, indoor and outdoor track in high school and college.

Running became a consistent part of my life and I’ve never voluntarily taken a significant amount of time off (except due to injury – but I haven’t been hurt in 2 1/2 years!). It’s been a little over 13 years of being a big running nerd! I wouldn’t trade it for anything and actually, it’s what has led to some of my best friendships and even meeting my wife.

Steve:  Yeah, congrats on the recent marriage!  You do realize that because of what you just said, you’re going to pull a hamstring running to catch a taxi or something, right?  As long as you’re aware.  Moving on, give us a quick run down (zing!) of your running philosophy.

Jason: The abridged version of my running philosophy:

I tell the runners that I coach that the magic happens when you pay attention to the “little things” – your warm-up, strength routines, and recovery. Those things dictate how well you’ll run in your workouts.

Steve: Interesting point about the barefoot running stuff, that’s a debate I’ve covered before on Nerd Fitness. I think a huge issue with it is that people try to do too much too fast and end up hurting themselves. Speaking of hurting oneself,  what’s a mistake that every beginning runner makes?

Jason: Not having a plan! Running doesn’t need to be very structured, but you should lay out why you’re running and what you want to accomplish. When you know those things, you can run much more effectively and be successful.

There are also a ton of little mistakes that new runners make, like stretching before they run, wearing huge bulky shoes and aggressively heel-striking, going crazy with carbs for short runs…the list goes on. I want to scream at runners to read my blog, but instead I do interviews. 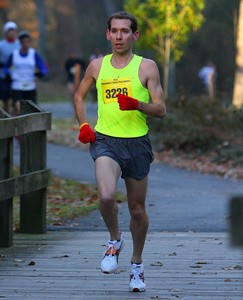 doing it wrong – nerdfitness.com” and handing them out to people at the gym, but I figured that would get me punched in the face.  So there are quite a few beginner running programs out there, most famously the Couch to 5k program.  What are your thoughts on it?

Jason: There’s nothing inherently wrong with Couch to 5k, but it fails to include “the little things” I mentioned before that help runners get better and STAY HEALTHY. C25k also is just a running plan – 3 weekly workouts for 9 weeks. That’s it. So if you want the bare minimum (like Jennifer Anniston in Office Space) it’s a very simplistic option for you.

My biggest criticism is that it really lacks variety. You either walk or run easy for 9 weeks – there’s no other types of workouts or different paces to keep things interesting. I would find it so boring. There’s also no strength workouts, flexibility exercises, core work, or any other “extras” that keep you healthy and injury free.

Steve: I can’t believe you just referenced Office Space, you win. That is a great point about Couch to 5k though – I think it’s a great starting place as it’s incredibly easy to grasp and begin, but oversimplifies at the expense of building a solid foundation of win.

Let’s move on to diet: what’s the best way to eat to become a better runner? Do you need mountains of spaghetti and carbs like I see every runner eating?

Jason: That’s one of the big mistakes that I see a lot of runners making – piling their plates high with bad carbohydrates every meal because they think that’s what runners do. If you’re running every day (or if you’re crazy and run twice a day) and training for a marathon then of course you’re going to need more carbs to fuel your workouts. But for most runners, a modest bump in carb intake is all you need.

Timing is really important in your carb intake if you still want to eat more paleo and start a 5k training program. You can still run a killer 5k with eating Paleo 80% of the time! Stick to lots of vegetables, fruit, good cuts of meat, and high-quality carbs like sweet potatoes, yams, quinoa, oatmeal, or Oreos and Twinkies (kidding!). If you’re doing a hard workout or a long run, you should eat some simple carbs right before, during the run itself if your stomach can handle it, and immediately after. Then go back to your usual Paleo diet for the rest of your daily meals.

Steve: Makes sense to me: use the carbs to fuel your body before a workout, and then quickly help rebuild your body after a strenuous workout.  So, this is something we touched on early – injury. It seems like every runner deals with injuries all the time, some of which are far more intense than others.  What are your thoughts on running if you think you’re injured?

Jason: I consider “injury” as a spectrum. Most runners have some aches and pains – you can run through those if they’re just dull or achy. Just be smart and run slower and shorter. If the pain is sharp or intense, then don’t run at all. Instead, you should focus on recovery by doing some self-massage (like with a foam roller), icing the affected area frequently, and doing some type of other exercise that doesn’t hurt. I recommend cycling, pool running, or something else with no impact.

Remember, consistency is king, so you’d be better off missing a few days over a few weeks. Patience pays off.

Steve: On a similar topic, what about being sick?  Too worn down from work, push ourselves too hard, 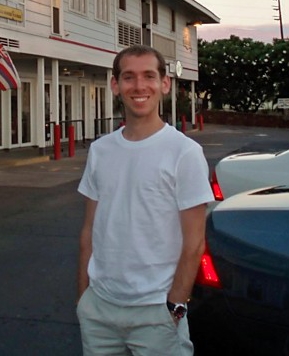 run too much, and get a cold or the flu – how to you get back on track when you’ve been sick and haven’t had time to put in the miles?

Jason: A good rule of thumb is that if your sickness is above the neck, like a headache or sinus infection, then you’re cleared to continue running. But if you have chest congestion or a fever, it’s best to wait a few days to resume running. It all depends on how you feel, but play it safe at first!

When you come back to training normally, you should skip your fast workouts and run easy for a few days. Your body is still recovering so don’t make it work extra hard.

Steve: How do you feel about traditional running shoes (with a thick padded heel) vs minimalist shoes like New Balance Minimus or Vibrams?

Jason: Like injuries, minimalism is a spectrum, too. I don’t think there’s a need to be on either end of the spectrum exclusively. In an ideal world, I think 95% of people should fall somewhere in the middle for most of their running. A small amount can be barefoot or in Vibrams (like 5-20 minutes a week, spread out over a few days). You get most of the benefits of barefoot and minimalist training with just few short workouts.

Take me for example – I run in 3 different types of shoes. Two of them are my trainers that I wear for 95% of my running. They’re neutral shoes that don’t have a medial post (a roll bar, or that piece of dark foam in the sole that’s supposed to control over-pronation) and they weigh in at about 9 ounces. Not too minimalist, but not very bulky either. My third pair are racing shoes and have a tiny heel and are super light. I only wear them about once a week, but they give me all the strength and efficiency benefits I’m looking for.

Steve: What are your thoughts on interval training over the long slog marathon-style training?

Jason: A lot of runners want to get fast so they get on the track and run intervals until they get hurt. The reality is that the majority of runners will get 90% of their speed through easy running because they lack the ability to HOLD a fast pace – not the ability to RUN a fast pace. Interval workouts are the icing on the cake.

Steve: After your first 5k, what are your thoughts on speed training (running a faster 5k time) vs. endurance training (10k/half marathon), and how do you mix the two?

Jason: If you’re trying to run a certain time, there should be a lot of variety in your training – from all out sprinting to half-marathon pace and easy jogging. Most runners should keep hard running to about 20% or less of their weekly running or else they could get hurt or just burn out. My favorite workouts combine different paces so you get exposure to endurance training and much faster paced running at the same time.

Steve: Words to live by?

Jason: There are two quotes that come to mind, both about hard work and consistency: