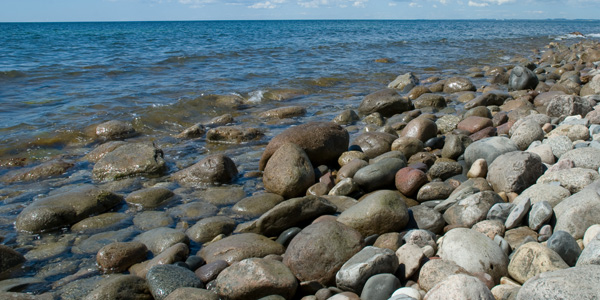 Distraction-free writing apps have become a huge trend over the past year — particularly for Mac users — and we’re seeing more and more contenders in the space all the time. If you’ve decided its time to give it a try but haven’t followed this rather niche category’s rise to fame, you might not know where to start. Here’s a quick guide to the top five options for the Mac.

WriteRoom was the original distraction-free writing app, the one that kicked off the craze that has since seen the development of a myriad of competing apps. Made by Hog Bay Software, the company behind other popular Mac apps such as TaskPaper and PlainText, WriteRoom costs $24.99.

WriteRoom’s aesthetic is most appealing to those who love the retro 80s hacker aesthetic — green, monospaced text on a black background. WriteRoom has Dropbox integration to keep your documents synced between computers and iOS devices.

OmmWriter is a popular choice because it goes beyond simply excluding the presence of distractions and tries to provide a more focus-conducive environment. Whether womb sounds really do enhance your focus or purple-pink animated backgrounds make you more creative is someone else’s call, but people seem to like it.

One of the app’s biggest draws is that there’s a completely free version available, minus a few of the backgrounds and sounds. It’s surprising to many that in today’s app market these distraction-free apps tend to have such high prices for fewer features, and if you’re one of these people this may be the app for you.

iA’s Writer for Mac is an evolution of their original iPad version which garnered a lot of attention when it came out — iA did a top-notch job creating an interface better suited to the iPad and its limitations than any competitor.

Writer costs $17.99 and comes with several innovative features, including Focus Mode which takes distraction-free to a whole new level by forcing you to look at only the sentence you’re working on. There’s also auto Markdown formatting and a reading time counter.

iA Writer is a favorite of TNW editor-in-chief Zee, who said “once I accepted the app for what it is – a place to do nothing but write – words did seem to roll off the tongue so to speak. Typing felt fun.”

Clean Writer is on the cheap end at only $2.99. Clean Writer has Lion full-screen support on a window-by-window basis as well as autosave and versioning support. It has an interface somewhere between OmmWriter’s and WriteRoom’s — less to click on than OmmWriter but a bit more elegant than WriteRoom’s default retro look.

There’s not a lot to say about Clean Writer in comparison with apps like WriteRoom — they are after all pretty much the same by design — except for the significant saving. Unless you’ve got a specific feature you’re after in another app, like OmmWriter’s ‘atmospheric’ options, Clean Writer represents your best value for money.

Byword is a lesser known app, but is actually pretty excellent if you want a little more control over formatting while keeping most other distractions at bay. A small formatting tool palette follows the selection, sort of like the Artsy Editor plugin for WordPress.

Byword also has Markdown support and saves to a variety of formats, including PDF, HTML, Word, RTF and LaTeX.

Byword costs $9.99, and despite bigger deals such as Clean Writer’s $2.99 price point, that’s still a pretty reasonable price in this category.

Which app should you use?

Each of these apps have their strong points, and in a category where lack of features is actually a feature, the bottom line is more a matter of personal taste. Price is the biggest differentiator among these apps, and for that reason I became an Ommwriter user (though I ended up paying more than I would have on Clean Writer to support the developers).

If paying less isn’t your motivator then iA Writer is a crowd favorite. It’s hard to beat the app’s Focus Mode if distraction-free writing is truly what you’re after. At the end of the day, take a look at the app’s screenshots. What you see is what you’ll get (and all that you’ll get), and the most important thing is that you’re comfortable looking at that interface for the duration of your writing sessions.

Read next: Getting the next 50 million Nigerians on broadband