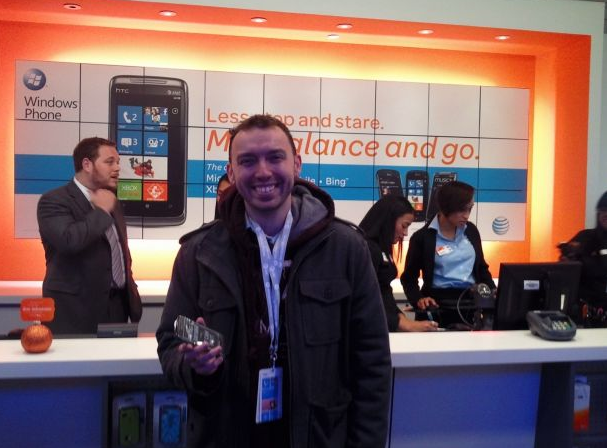 The number of gadgets currently out there is mind boggling. You can get gadgets for almost every task you can think of. Some measure your blood pressure, others let you read ebooks, and some just do it all. We all like to get the newest and greatest gadgets, but there comes a time when we realize we simply have too many. But what do you get rid of? Here’s a guide we hope will help you out.

This is going to be a bit controversial I’m sure, but I’m going to say that as far as most people are concerned, ditching the laptop and going for a desktop and tablet is the ideal setup. While I do understand that some people need a laptop for specific uses, many don’t need the power of a full computer on the go.

I recently myself switched to this setup and I haven’t had any problems with it at all. You can use your desktop as a personal server to hold all of your files and media and use apps that let you connect back to your computer to access the content you need.

The nice thing about a desktop as a media server is that you can leave it on more often than a laptop. If you’re like me, your laptop is constantly going with you places, making it a poor server.

If you don’t have, or plan on getting, a tablet, do the opposite: get the laptop, and ditch the desktop. Many laptops now are easily as powerful as their desktop brethren and can provide you with all that you need in a computer.

Do you still have an MP3 player? I haven’t touched an MP3 player since I got an iPhone myself, but I know a lot of people who still have one. If you have a smartphone of any variety, you are safe to retire the dedicated MP3 player. The exception to the rule is probably people who work out a lot and need something smaller like an iPod shuffle. For some, getting an armband for your phone will do the trick.

While the initial cost of the phone or tablet is greater, it’s offset by the fact that it can do an awful lot more than a GPS unit can. If you are worried about using data while abroad, there are a number of apps that let you download all the navigational data before you leave.

Once again, the decision to axe your landline depends on your circumstances. As a general rule I would suggest that if you have a family, a home phone is a good idea, but if not you can stick with your cell.

I would suggest that a family has a home phone simply because it is a lot easier for children to give out and remember one home phone number as opposed to multiple cells. This also means that you won’t have to have all of their friends calling your cell phone trying to talk with them.

You could give your children phones, but that probably won’t be a good idea until they are teenagers and old enough to know that it’s not a toy.

Otherwise, there really isn’t much of a use case for a standard home phone these days. If you do a lot of long distance calling, I would suggest using Skype and buying a plan that lets you call phones. It will be much cheaper than a stand-alone phone line.

The digital camera is yet another device that has been replaced by the smartphone. The quality of cameras in devices like the iPhone is high enough that many people cannot distinguish photos from a consumer-level camera or a phone.

Obviously photographers aren’t going to be replacing their SLRs with phones any time soon, but the day of the point-and-shoot camera seems to have come to an end.

While the ebook reader may seem like it could easily be replaced by a tablet, I am going to suggest that there is room for both of these devices in your collection.

While the tablet most likely will have an app that lets you read ebooks, there is something to be said about the experience you get from a Kindle, Nook, or other e-readers.

I love reading books on my iPad, but the weight of holding it can be troublesome after a long reading session. And the e-ink screen on a good e-reader lets you read outside and at the beach — always a plus.

If you have a tablet already, don’t feel like you need to get a separate e-reader; while there’s nothing wrong with having both, a tablet will do the job fine.

As I stated before, there will obviously be exceptions to everything I’ve  mentioned here. You may have different uses for different gadgets making it more efficient to keep separate rather than consolidate. What other tips do you have? Have you gotten rid of a specific device recently because its use case was covered by another device?