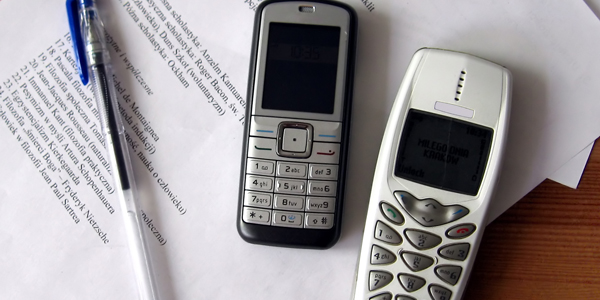 I recently went on a camping trip with a close friend of mine for his bachelor party, and most of the guys there were diehard geeks. The interesting thing was the different views we all had on whether or not we should have our iPhones (and the one poor Blackberry) on us during the trip or if it should be a gadget free time. In the end we decided it was beneficial to have our phones with us while camping, but it does raise some important points to remember.

There are no set rules about when and where you should have you phone or gadgets on, but it’s important to understand your audience. If you’re out for dinner with your family, and you haven’t gotten a chance to have a meal out as a family in a while, that might not be the best time to pull out your phone and start going through your emails.

On the opposite side of the spectrum, we have an event in London on the first Wednesday of every month called Geek Dinner, where a large number of geeks get together to have fun, eat some good food and hang out together. If you’re here and don’t have your phone or tablet out, you’re a little out of place. The important thing to remember the context of where you are and make sure your gadget usage matches the situation

I read an article on MinimalistMac . The author explains that he went out to dinner with an old friend, and instead of turning off his phone, so that he wasn’t interrupted, he put it into Airplane Mode. Most phones have this feature, and to be honest, I’d never used it until I read this.

The idea behind using Airplane Mode is while you don’t want to be rude and have to take calls or check your messages, our phones are much more than just communication tools. We often have pictures and movies to share, fun games to tell your friends about, and many other things that are on our phone.

While it is possible to simply turn off the ringer or put it on vibrate, Airplane mode insures that there are no distractions from time with your guest and you will still be able to show them anything like pictures or movies from a recent vacation or something similar.

Just Put It Away

Sometimes, no matter how much we may want to, it is important to simply put away your phone or tablet or computer. There are many things in life that are more important than checking your Twitter updates or seeing new photos on Facebook.

It pains me that I actually have to say this but take out your headphones while you’re talking to someone. The music you are listening to can’t be that important that you can’t pull it out for 5 minutes to talk with someone. It really surprises me the number of people I see that actually do this on a day to day basis.

In the end, it all comes down to using your best judgement. If you think that it might seem rude that you’re using your phone in a certain situation, it probably is.

Read next: Having trouble skinning your mobile app? Tapptics can help.