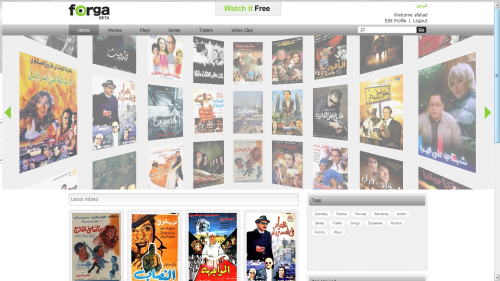 Zen is so yesterday’s news. The web has diluted the term to the point that anything and everything can be done in a zen-like fashion these days. It’s time that the term be redefined for today’s modern world — which flies in the face of the term itself, I know — so that aspects of the web and technology can help people achieve a state of zen.

I’ve been experimenting with this over the past few months, as I’ve transitioned from a full-time office worker to a stay-at-home father who makes typing sounds with his keyboard when time permits. I needed to “get zen”, so to speak, in order to achieve a level of wellness and balance that would allow me to fulfill my new lifestyle. But as a guy who loves his tech, I decided that going too far into a zen lifestyle wasn’t going to cut it. Instead, I’ve taken a journey to the zen of today, or as I like to call it: Zen 2.0.

I’m a big fan of Leo Babauta’s Zen Habits blog. Here’s a guy who has a big family, several projects on the go and manages to get in consistent exercise despite his extraordinarily busy life. I’ve often thought that getting to where Leo is with his “zen habits” was impossible for me. Not so.

First off, zen is hard. If you want to get there, you’d better be prepared to work for it. For example, I’ve always been a night owl and my new daily regimen put me in a position where that wasn’t ideal anymore. I had to change my habit so that I could do what I needed with my passion (writing) and still be there for my family — which was the most important thing for me to do on the whole. I had a choice to make: let my writing suffer and excel at my home life, or keep up my writing pace at night and upset the family balance. There was a third choice, involving becoming an early riser so I could do both things well, and I opted for that. Luckily, by embracing a Zen 2.0 mentality, I found the tools that would help make the transition easier.

I went to The App Store and gave several alarm clock programs a test drive, settling on WakeMate in the end to help me get up earlier. I set an alarm using the iPhone’s native Clock app to remind me of when I needed to wind down my day and go to bed. I slowly shifted my bedtime and waking time earlier by 30 minute increments. Eventually, I arrived at my goal of hitting the sack at 10 pm and waking up at 5 am. The gradual changes made things a lot easier for me, and the apps weren’t in my face with constant reminders…they simply helped me reach mindfulness a lot better as time went by. Not only for my sleeping habits, but also in terms of being generally more aware of time and space.

You may not be aware of this, but keeping up with a toddler and a six-year old requires more than just a good night’s sleep and an early start to the day. Being in shape is pretty key as well. I’ve never ben a huge fan of exercise, but I knew that if I didn’t add a fitness routine to my daily regimen that I’d be in for really long days with little energy left to put words to screen. So, I took a page from the strategy I employed on changing my sleeping habits to adopting a workout routine. And the web had a hand in making that happen, too.

I downloaded the Couch 2 5K app to get started, as it pretty much summarized where I was at as far as fitness was concerned (stretched out on the couch) and where I wanted to be (running 5 kilometres a stretch). The program slowly turned me into someone who could run further than ever before, as well as someone who really enjoyed running. In addition, the time I spent running every other day gave me some much-needed reflection time and the energy I needed to carry me through the day with enthusiasm.

But running was not the end of my fitness plan. I found a routine I could really get behind that catered to my inner geek, courtesy of Steve Kamb at Nerd Fitness. His Rebel Fitness Guide was a downloadable e-book that also linked to videos of each and every exercise on YouTube (as demonstrated by him), so that I could log on to my MacBook Pro and work out in my Vibram Bikilas as my day began. The other aspects of Zen 2.0 put my in the right frame of mind to pursue a fitness routine that I would enjoy doing and get me the results I desired. It required hard work to get started, but became effortless to keep going over time.

The Journey Isn’t Over

Even though I’m up earlier, in better shape and more mindful and aware than ever before, my journey to Zen 2.0 isn’t even close to being over. That’s because getting to Zen 2.0 is only part of the process; staying there is the ultimate goal. That’s the hard part, too. No one can maintain it all the time, and while with traditional zen it’s the mindfulness that can get you back to that state eventually, Zen 2.0 gives mindfulness a pretty good assistant in technology to help you get there faster.

With the right frame of mind and the right tools in place, zen can be now…and now can be zen

Read next: A second-hand market for patents is patently absurd