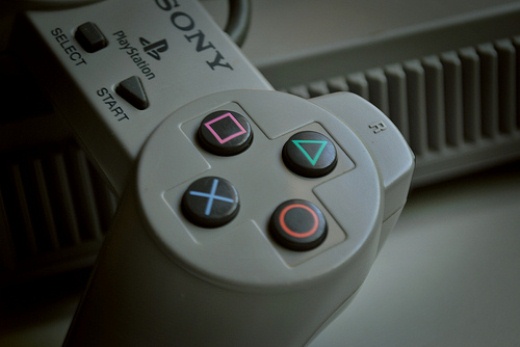 You can’t say you’re a real gamer if you haven’t played the best 90s video games, and lived. The video games from that decade, although they may not be as graphics intensive as the games today, are equally compelling in terms of game play and story.

If you’re not a 90s kid and you don’t have the old consoles, we have a solution for you. You can actually use emulators to run old games on your PC. Emulators have been available for a while but for those who haven’t tried one yet, you’ll be in for a treat. We’ll teach you how to run 4 different consoles — Playstation, Super Nintendo, Gameboy Color, and Nintendo 64 — on your PC.

The original PlayStation released in December 1994 was the first of the ubiquitous PlayStation series of console and hand-held game devices. Probably the best Playstation emulator right now is ePSXe. It can be a bit complicated to set up but it’s not hard at all. To get started, here are the things you need:

Once you have all these, you can go ahead and install ePSXe and you will be guided by a configuration wizard that’s pretty much step by step as long as you have these files ready. Tweaking the graphics option can be intimidating because of all the options but if you follow this configuration from RacketBoy, it will run most games without any problem.

Optional: If you have a PS2, Ps3, or Xbox 360 controller lying around, you can actually use it on your PC by downloading the custom controller driver MotionJoy. The Super Nintendo Entertainment System, or SNES as we all know it, is Nintendo’s second home console released on 1991. The console introduced advanced graphics and sound capabilities compared with other devices at the time. There are a lot of Super Nintendo emulators around but the one I have had the most success with is ZSNES. Using it is fairly simple: just download the file then you can start loading your game back ups called roms. One advantage of using this SNES emulator is the “fast forward” button, which can really save you time when grinding experience in RPGs. As with other emulators, ZNES allows users to save and load state anytime.

The Game Boy Color is Nintendo’s successor to the Game Boy and was released on November 1998 in North America. It is the first Game Boy with a colored screen and is slightly thicker and taller than the Game Boy Pocket. If you want to go full nostalgia with this 8-bit console, go for Visual Boy Advance, a Gameboy emulator which also runs Gameboy advance games. Installing it won’t even take a minute and it’s good to go right after. Like ZSNES, it can also fast forward games and save/load states.

The Nintendo 64, or N64 for short, is Nintendo’s fourth home video game console for the international market, which was released on September 1996. It is Nintendo’s last home console to use ROM cartridges to store games before adapting optical media. For this one we have Project64, which also works flawlessly like the other two Nintendo emulators. (Nintendo makes it so easy for us, yeah?)

You can find roms all over the Internet, though it’s worth remembering that the only legal way of getting games for your emulator is by creating a back up of games you actually own. Since we’re not going to link it here, Google will be your best bet. Trust me, you’ll find it because it’s everywhere. If you absolutely can’t, ping me on Twitter.

Let us know how it works for you. Hit us up in the comments section if you encounter any problems.