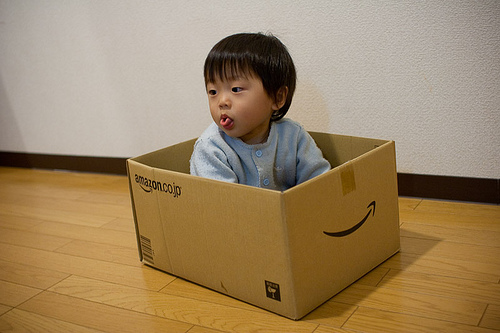 Amazon has filed a patent for a system where people will be able to return or “convert” gifts sent to them by loved-ones or relatives before they make it to your doorstep, according to an article from The Washington Post.

The system, not available for this Christmas period (where the Kindle became the company’s best-selling product ever), could possibly result in Amazon customers setting up an alternative gift list for specific people, effectively meaning the retailer could automatically vet gift choices based on a users requirements.

The patent specifies that people will be able to “convert all gifts from Aunt Mildred,” detailing how the process works: “For example, the user may specify such a rule because the user believes that this potential sender has different tastes than the user.” In other words, the consumer could keep an online list of lousy gift-givers whose choices would be vetted before anything ships.

The patent, which is actually jointly attributed to Amazon CEO Jeff Bezos, would allow for the automatic return of presents from friends or family who have sent bad gifts time after time.

There is an element of sneakiness to the patent (if it wasn’t bad enough you had already declined Aunt Mildred’s gift) where the gift giver is never aware of the exchange. “The user may also be provided with the option of sending a thank you note for the original gift,” according to the patent, “even though the original gift is converted.”

Amazon’s thinking behind the filing is that “the gift-giving experience through network shopping services would be improved for both senders and recipients if enhanced systems and methods were provided for converting gifts.” If you wanted to return an item sent to you this Christmas, for example, you would need to repackage the item, cover the cost of the shipping and then wait for a refund.

The system, which has no confirmation of whether it will be implemented or not, turns the gift giving experience on its head, suddenly making it about the recipient and not the giver. Whether many people would use the system remains to be seen, the option may never see the light of day.

Read next: In 2010 Chrome's rise was Firefox's loss