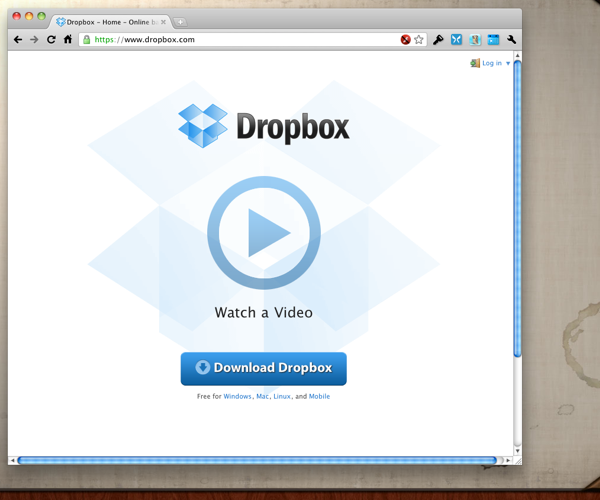 I thought about doing a quick roundup of iPad text editors—I’ve tried and tested a bunch of them—then I realized that there is something a little more important important than picking the app to use and that’s where the documents you create sync to.

Stuck Between a Rock and a Hard Place

If there is one standing criticism of the iPad, it’s that the lack of a “real” file system makes getting documents onto and off of your iPad less than pleasant. There are, for all intents and purposes, three main ways to get stuff on and off of your iPad:

Yes, SimpleNote is great for getting your SimpleNote content on and off your iPad, but as awesome as it is (and I’m writing this post in nvALT, syncing to SimpleNote, which will then go to Scrivener and my iPad and iPhone) it can only sync those text files.

Wait! What about apps like Writings and PlainText! They sync too! Yes, but they both sync to Dropbox (which is awesome, don’t get me wrong).

This is exactly why I started wondering about the question of “where to sync” instead of “which app to use” when I sat down to write this post.

Before I get into this there is one glitch to all the document discussion: iWork for iPad apps. Yeah Apple really has us over a barrel there. In its infinite wisdom, documents in Pages, Keynote, and Numbers are rather stuck in there unless you employ some tricks. Yes, I know that you can send the files from there back to iDisk and other places, but it’s not a round trip situation where there is one copy of the files being edited and updated.

Is there a choice?

What am I saying, I think there is only really one choice: Dropbox.

Yes, you’re going to have to use iTunes for some things (like VLC for movies and iWork files sometimes), but I think if you’re not using Dropbox on your iPad you’re really missing out.

Let’s start with the basics here. Make sure you have the Dropbox app for your iPad. Although I use apps like GoodReader and ReaddleDocs for a lot of file browsing and management, when I need to get something like a screenshot or document to or from my iPad fast it just open the native Dropbox app. I use Dropbox so often that it sits on my iPad app dock.

From the basic app you can add photos to Dropbox quickly, but other files…not so much. You can open many different types of files for viewing then open for editing in the apps you might have installed. Which is why you should look at apps like GoodReader and ReaddleDocs.

These apps take the file approach to the next (and essential) level: editing, saving and moving, and local storage. While I probably shouldn’t flip back and forth between the apps, I do like the PDF annotations in GoodReader better than in ReaddleDocs. ReaddleDocs does now offer round-trip opening and saving to and from Dropbox, iDisk, and their own cloud service, which makes it my app of choice (yes, it’s $5 vs $1 for GoodReader, but I think the cost is well worth it).

There is a dark horse in this discussion, which is if Apple decides to give users a certain amount of space for free through iDisk. Would this kill off Dropbox, SugarSync, and others? Not unless Apple was so generous to give people more than about 5-10 GB of storage space (I have 50 GB on Dropbox). What it would change is how I’d suggest managing documents on the iPad. If everyone had 2-5 GB of space on iDisk, then yeah I’d use iDisk for documents, no question.

I’d still use Dropbox for everything else, but since all the iWork apps on the iPad can send to iDisk and ReaddleDocs can round-trip open and save to iDisk, it’s really a no-brainer. Should be less work, less hassle and few versions of documents rolling around.

Okay, well we’re going to sync documents on the iPad using Dropbox as our primary tool, what should we use to create them? Let’s talk about that in the next post.