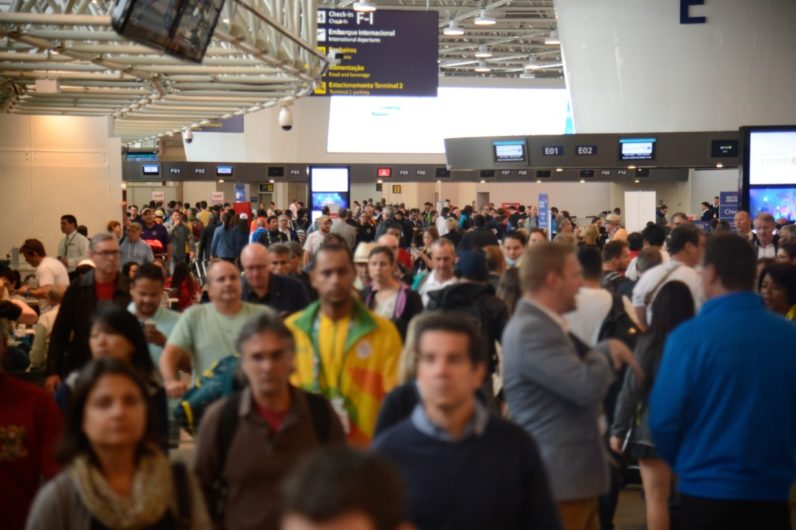 August in Latin America was marked with the 2016 Summer Olympics in Rio de Janeiro, which brought their fair share of memes and entertainment.

Tech companies also jumped on the bandwagon with special emoji, mini-games and stickers. On a higher level, it arguably led the world to “rediscover Brazil,” while leaving behind a legacy whose value is still under scrutiny, but will hopefully result in some improvements to the country’s tech and communications infrastructure.

Meanwhile, it didn’t prevent business from going on as usual for startups and big players.

Google rolled out its YouTube Kids platform into Chile and Peru, following its earlier launch in Argentina, Colombia and Mexico. Mexico also welcomed YouTube Music and subscription-based YouTube Red, which users will be able to test through a free 30-day trial. As for YouTube Gaming, it launched into Brazil. The country is home to Google’s latest Campus, Campus São Paulo, which announced the list of startups that will form its first batch of residents.

Japan’s NEC announced the acquisition of Brazilian cybersecurity firm Arcon, which will now become its subsidiary in Brazil.

Authentication startup Auth0 raised a $15 million Series B round of funding led by Trinity Ventures while unveiling new features for its login and security-as-a-service system. It had previously raised a two-part $9 million Series A round, and existing investors Bessemer Venture Partners, K9 Ventures and Silicon Valley Bank participated in this new round. Its goal is to fund the development of new advanced security features for Auth0 customers, which now reportedly “include more than 75,000 companies ranging in size from small startups to large enterprises in more than 175 countries around the world.”

Brazilian petsitting marketplace DogHero raised a $3.1 million round led by Monashees. This “Airbnb for dogs” had previously received seed funding from Kaszek Ventures.

Fellow Brazilian B2B startup Exact Sales received some R$4 million in funding (around $1.22 million USD) from CVentures/Primus. Based in the southern state of Santa Catarina, it develops software that helps companies reduce their customer acquisition costs and make their sales process more efficient.

Brazilian law portal Jusbrasil received an undisclosed amount of funding from Peter Thiel’s Founders Fund, which also recently invested in Nubank. Jubrasil is based in the northeastern city of Salvador, Bahia; it boasts 750,000 registered attorneys and 20 million monthly users.

Fintech startup Bitwage launched its wage platform for freelancers out of beta in Brazil and started to support transactions in Brazilian reais. In practical terms, it means that Brazilian contractors can now bill their international clients and receive payments in local currency onto their account with much lower fees than usual. To do so, Bitwage relies on the blockchain, but without requiring payers to worry about Bitcoins:

“Contractors and freelancers can bill their clients across the world, without forcing the sender to sign up for the service. Employers can pay their workers through regular bank transfer, which is then transferred over the blockchain to the recipient,” VP of Sales Neel Tiwary explained in an email.

This approach has caught the eye of backers such as French telco Orange, which invested into Bitwage alongside Draper Associates and others, and seems to be a good fit for a country like Brazil. According to Tiwary, the country is Bitwage’s fastest growing market, with peaks of $200k in monthly managed transactions.

Peruvian NGO Hiperderecho unveiled Pidela.info (“request the info”), which makes it easier for Peruvians to use their right to request public information. Requests can be processed through a web app where answers from public institutions will also be available for anyone to read.

Coincidence or not, several of the world’s leading startup accelerators made moves related to Latin America: Techstars embarked on a LATAM City Tour with the support of a grant from the US State Department, while Y Combinator included several Latin American cities in its global office hours tour. Meanwhile, the Founder Institute disclosed that it had doubled its number of Latin American locations in the last year, and was planning be present in more than 20 cities by the end of 2016. “We are doubling down on Latin America,” co-founder Jonathan Greechan commented.

Read next: 70+ Galaxy Note 7's have exploded in the US alone