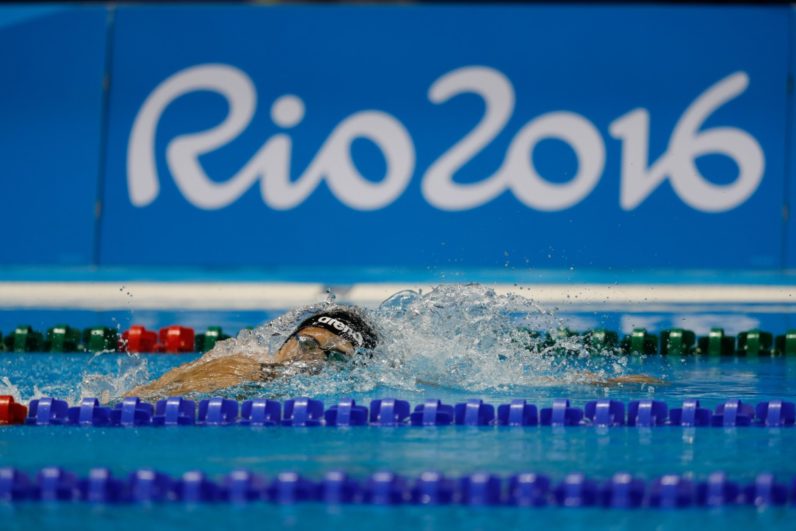 With all eyes on Rio de Janeiro, now is the perfect time to look back not only at some of the Olympics-related announcements made last month, but also more generally to the latest in Latin America’s tech scene. Here’s the news you don’t want to miss:

Game on and off for the Olympics

Samsung Pay entered Brazil ahead of the Olympics, making it the first Latin American country to benefit from it. Already available in South Korea, the US, China, Spain, Singapore and Australia, it was pre-launched as a trial in Brazil earlier this year, but is now available more broadly. This also means that Samsung beat Apple on launching its mobile payments service in Brazil, at a time when iPhone sales in the country have reportedly fallen by 40 percent.


On a less positive note, the US Olympic Committee has been accused of “bullying” companies who have been using Olympics-related hashtags on social networks, which use it is hoping to limit to official sponsors. As for Rule 40 of the International Olympic Committee, it prohibits athletes from having their personal, non-official sponsors refer to the performance or even participation in the Games using terms such as Olympic, Olympics, Games
and Olympiads.

Brazil’s troubled road to the Olympics hasn’t been the only image issue the country has had to fight: so is the ongoing legal fight of one of its judges against WhatsApp as part of a dispute over data. Not only did the now Facebook-owned messaging app get suspended for hours for the third time in a year, but a court order froze some R$38 million (around $12 million USD) from Facebook’s Brazilian bank account as part of the same legal battle. That order has since been overturned, but still isn’t a great incentive for foreign companies to launch operations in Brazil.

Meanwhile, Facebook started supporting Mexico’s Amber Alerts system, and will help spread the word about missing children. These alerts will indeed be displayed in users’ Newsfeed as the second top publication during the 24 hours. “We are in a unique position [to help] as 65 million people use this social network in Mexico,” Facebook’s Trust and Safety Director Emily Vacher told in a press conference (translation ours).

As for Google, it included Mexico and Brazil in the list of countries where its Google Play Family Library became available, making it easier for families to share and manage app purchases. The company also announced it would start showing Public Alerts in Brazil as a result of several partnership with several local institutions.

Back in Mexico, Twitter rolled out its Moments curated news feature into the country, following earlier launches in the US, Brazil, the UK, Canada and Australia. This first account in Spanish will be managed by a dedicated team with journalism degrees.

NASDAQ-traded typeface company Monotype announced its intent to buy photo and video branding app Olapic for approximately $130 million. The deal would give a first exit to VC firm Felix Capital, which had led Olapic’s $15 million Series B round last year. Olapic focuses on “[turning] consumer-generated content into [its clients’ most valuable brand asset.” It has several offices around the world, including one in Córdoba, Argentina.

Telefónica’s accelerator Wayra sold its participation in Peruvian bus ticketing platform Busportal.pe to Indian counterpart Redbus, which will now own a majority share of the startup. The deal is expected to support Busportal’s growth in Peru as well as its expansion into Chile and Colombia.

Food delivery joint venture iFood raised a R$100 million investment (around $31 million USD) from its existing shareholders Movile and Just Eat. It will use some of this capital to expand into Mexico, as will Movile’s express delivery business Rapiddo.

Goldman Sachs led a $10 million Series B round for CargoX, a Brazil-based freight startup led by Argentine entrepreneur Federico Vega. CargoX is a brand name of Sontra, the company that acquired Vega’s TransportarOnline in 2013. It then went on to raise a Series A round led by Brazilian-American fund Valor Capital Group.

Valor participated once again in this new round, alongside Agility Logistics, Lumia Capital, former DHL executive Hans Hickler and Uber co-founder Oscar Salazar, both of whom sit on the company’s board; coincidentally, CargoX is sometimes referred to as a “Uber for trucks.” According to DealBook’s Vinod Sreeharsha, this deal is “an indication that investor interest still exists in Brazil despite political and economic turmoil.”

Brazilian startup Docway raised a R$5 million investment (around $1.54 million USD) from Grupo Garantia, which will subsequently own 51 percent of the company. Docway is a tool that helps doctors and patients arrange at-home visits.

Agritech data analytics startup S4 raised a $1.2 million round led Cultivation Capital, a VC firm based in St. Louis, MO, where part of S4’s founding team is relocating. Despite these US plans, the company also plans to develop sales in Brazil and Argentina, the country they come from.

Brazilian B2B marketplace XBW raised R$1 million (around $308k USD) from a group of Brazilian investors. XBW acts as a middleman between buyers and suppliers across a wide range of verticals, from food to plastics and automotive parts.

More (or less?) acceleration and incubation

Startup incubator Espaço Nave shut down the operations it had been leading within Rio de Janeiro’s Estacio university for the last two years. While interpretations are still open, it may say more about the exhaustion of a certain model than about acceleration in general. As a matter of fact, vertical and corporate acceleration programs seem to be the new trend, as illustrated by the launch of a partnership between Monsanto and Microsoft to invest in agricultural technology startups in Brazil.

Additionally, Puerto Rico’s Parallel18 (P18) announced the list of 33 local and global startups that will form its second generation. Puerto Rico’s territory aside, 11 countries are represented: the US (including a couple of startups with Puerto Rican founders), Argentina, Brazil, India, Mexico, Spain, Belgium, Chile, Colombia the UK and Sudan.

Duolingo launched a new learning app called Tinycards, which relies on the flash card model to teach not only languages, but also science, geography and other bite-sized data. Duolingo’s founder and CEO is Guatemalan entrepreneur Luis Von Ahn.

Transportation company Easy Taxi rebranded as “Easy” and launched a Uber competitor called Easy Go in Brazil and Mexico. The private car service will operate alongside EasyTaxi, EasyPlus+ and EasyPremium. Both Rio de Janeiro and São Paulo have recently made private car services legal under certain rules, a move that will also benefit Uber.

Uber is also conducting a pilot project to accept cash payments in Chile and Colombia with hopes to reach a wider target. However, it still seems unable to escape controversy, as it stirred online outrage by asking a Colombian user to take down what was meant as a humorous picture in which she was wearing a Uber cap, while some of its Mexican drivers organized a protest against UberPool’s low fares.

Read next: Game of Thrones author may have another huge TV hit in the pipeline