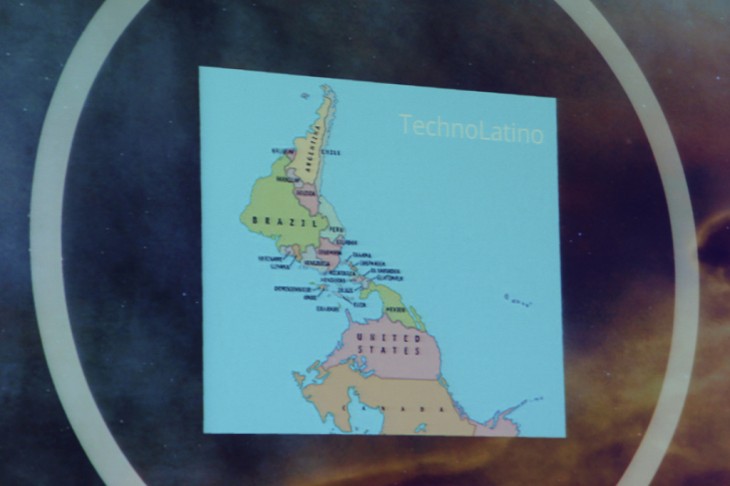 Latin America’s startup scene had a busy month of September, with a flurry of deal announcements and corporate launches. Here’s a recap of the news you don’t want to miss.

eBay launched its app eBay Fashion in Brazil, making it the first eBay-branded product in the country. The company also confirmed that its platform would soon be translated into Brazilian Portuguese, which hints at an upcoming Latin American push.

It will be interesting to see what it means for MercadoLibre, the region’s leading online marketplace, of which eBay owns a stake. Brazilian magazine Exame recently asked country manager Luis Arjona whether the group was planning to take over MercadoLibre or another player, and he made the following answer (translation ours): “eBay has already made many acquisitions. It is an option we always consider.”

In other news, The Huffington Post announced that Brazil’s giant media conglomerate Abril Group will be its partner to launch a Brazilian version of its online media outlet. Current international editions already include the UK, Canada, France, Spain, Italy, Maghreb, and Japan.

Buzzfeed is also gearing up for the launch of its version in Brazilian Portuguese, and editor-in-chief Ben Smith used Twitter to announce his first hire for “Buzzfeed Brasil”, New York-based social media strategist Conz Preti.

So excited that @conz will be working on BuzzFeed Brasil, and we’re still hiring for a Spanish-speaker … http://t.co/Oy05V95sLz

Spotify launched its service in Argentina as part of a rollout that also included Taiwan, Greece and Turkey. The music service seems keen to grow in Latin America; it had first launched in Mexico last April, and its expansion into Brazil is rumored to be imminent.

Private car service Uber launched its app in Bogotá, the second Latin America after Mexico City in which it expanded its presence. Its first local passenger was Mejorando.la’s co-founder Freddy Vega.

Ticketing platform Eventbrite bought its Argentine counterpart Eventioz, alongside UK-based Lanyrd. In 2011, we listed Eventioz as one of the top Latin American startups to watch out for. Following the deal, Eventioz’s team is becoming a part of Eventbrite, where its know-how is set to boost to the company’s growth in Latin America.

Venue recommendation platform Yumbling was acquired by Grupo Expansión (GEx), one of Mexico’s largest media groups. The platform was shut down following the deal, but Yumbling’s team wrote a letter to users promising that their content (including reviews, pictures and connections) will be available in the upcoming version, to be relaunched under GEx’s umbrella.

Argentine online food delivery platform Sinimanes is merging with its Mexican counterpart SeMeAntoja to further boost their growth across Latin America. The two companies have jointly raised a new round of funding from NXTP Labs and 500 Startups, whose acceleration programs they had respectively completed.

Chilean service comparison startup ComparaOnline raised $11 million in a Series B round of funding led by Ribbit Capital, with participation from Endeavor Catalyst, Rise Capital and its Series A backer Kaszek Ventures. This brings the company’s total funding to $16 million, which it is using to position itself as the leading insurance and financial services marketplace website in Latin America.

Brazil-based online fashion retailer Dafiti unveiled a $70 million investment from Canada’s Ontario Teachers’ Pension Plan (OTPP). Dafiti is part of Rocket Internet’s international portfolio, and has already raised several rounds of funding, including $45 million from J.P. Morgan in August 2012. According to TechCrunch, this fresh capital influx “will be used primarily to build out what Dafiti has already established, not expand further internationally.”

Fellow Rocket-backed Hellofood bought online food ordering service Peixe Urbano Delivery. As PulsoSocial pointed out, this was Hellofood’s third Brazilian acquisition in just four weeks, following its takeover of Jánamesa and MegaMenu. While this confirms that the food delivery space is heating up, it also makes us wonder if Peixe Urbano is still planning to bet on diversification.

Sequoia Capital pulled back from Latin America, DealBook reported last month. While the fund’s quiet entry into the region had made headlines last year, it was reportedly frustrated by the scarcity of deal flow for growth-stage investment.

On the other hand, the number of available early-stage funding opportunities for Latin American entrepreneurs seems to keep on growing. Earlier this month, Manos Accelerator revealed the names of the first batch of startups it will accelerate. As you may know, this new program is based in Silicon Valley and targets Latino entrepreneurs. Five out of the seven companies in its first class also happen to have at least one female founder. The initiative is supported by Google for Entrepreneurs, and its Demo Day will take place at Google’s Mountain View headquarters in late November.

In Brazil, the state of Minas Gerais announced that it would inject R$15 million (US$6.2 million) in an ambitious startup acceleration program called SEED, which stands for Startups and Entrepreneurship Ecosystem Development. The initiative has a lot in common with Start-Up Chile; it will offer between $35,000 and $40,000 equity-free seed capital to each project that will take part in its program. Its call for applications runs until October 17, and is open to Brazilian and non-Brazilian startups alike. This should help reinforce Belo Horizonte’s positioning as one of Latin America’s leading tech hubs under the nickname of “San Pedro Valley.”

Telefónica’s accelerator Wayra announced that its upcoming Global Demo Day will simultaneously take place in London, São Paulo and San Francisco on November 14. Its current global call for applications will remain open until October 20, with vacancies in several of its Academies in Latin America.

Wayra also expanded its agreement with MercadoLibre, with whom it had already teamed up in Argentina. Their partnership will now reach Brazil, Colombia and Mexico, with MercadoLibre providing dedicated funding and support to Wayra-backed startups serving its platforms and APIs.

Brazilian law on the radar

After three years away from social media, Brazilian President Dilma Rousseff recently made her comeback on Twitter and announced the upcoming launch of her official Instagram and Facebook profiles.

A couple of her latest tweets referred to the widening rift between Brazil and the US regarding privacy following Edward Snowden’s revelations on foreign surveillance. These included allegations that the National Security Agency (NSA) spied on communications between the Brazilian President and her staff.

This led Rousseff to cancel (“postpone”) her scheduled official US visit and issue the following statement: “Illegal surveillance practices intercepting the communication and data of citizens, companies and members of the Brazilian government constitute a serious affront to national sovereignty and individual rights, and are incompatible with democratic cooperation between friendly nations.”

In addition, the Brazilian government is floating threats to force global Internet companies to set up data centers in Brazil. It is still unclear whether it is feasible to get them to comply, and more importantly whether it would be enough to prevent communications from being snooped on.

Another story worth following is the iPhone trademark battle between Brazilian firm Gradiente and Apple. Not only did Gradiente claim ownership of the brand name, which it had registered years ago, but it started selling an Android smartphone series named “IPHONE.” After an IP ruling stating that Apple didn’t have exclusive rights to the trademark, the court is now attempting to find a middle-ground between the two parties, ZDNet reports:

However, the saga is anything but over, as Gradiente’s parent company confirmed it would appeal the decision. We will keep you posted on further developments.

Image source: The Next Web