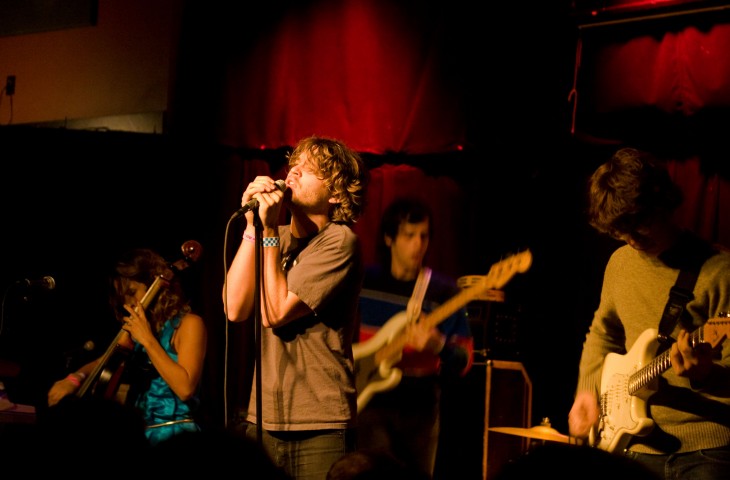 Mexican startup Bandtastic has quietly launched a new service called Fanpit, which lets fans buy VIP seats to music shows. As its name suggests, these tickets are located in front of the stage, boasting privileged access to artists.

Bandtastic isn’t a newcomer in the Mexican music space, where it already operates a pioneering show crowdsourcing platform. In practical terms, users pick a band they would like to see live and they join forces to finance their concert, creating opportunities for events that wouldn’t have happened with more traditional models.

Building on its existing user base of music fans, the startup is now surprising them with Fanpit, which it has developed in stealth mode.

“Bandtastic has always been about the music. Since the very beginning we wanted to empower and give amazing rewards and extraordinary experiences to the fans. Thanks to them, bands such as Motorama from Russia, and We Have Band from London were crowdfunded and played live in Mexico City. These weren’t big stadium shows, but fans really loved them.

Fanpit is the way we are going to bring that extraordinary experience and rewards to bigger events. This way, Bandtastic will reach even more fans, taking the live music experience to a whole new level.”

It’s worth noting that Fanpit will be available at non-Bandtastic shows, starting with a couple of events scheduled to take place at some of Mexico City’s top venues over the next few months.

From the perspective of a concert organizer, Fanpit represents an opportunity to sell tickets that can include a mark-up of up to 200%, and still make fans happy. As for Fanpit, it promises to handle the whole process at no extra cost.

Bandtastic hopes that fans will be interested in a chance to get closer to their favorite bands; in addition to front-row access, their tickets will include other benefits, such as limited edition posters, T-shirts or even backstage access and meet & greets.

Experience aside, Fanpit is also planning to offer fans a world-class product that includes a responsive customer service and paperless tickets, which they can buy online or offline. As a matter of fact, credit cards are not that common in Mexico, a reality to which Bandtastic is adapting by letting users pay with bank deposits and transfers. Several shows also include the option to pay in cash at 7-Eleven’s and other retail locations.

As you may remember, Bandtastic won the Startup of the Year award at TNW Mexico Startup Awards 2012, and we recently listed it as one of the 10 Latin American startups to look out for in 2013.

Bandtastic graduated from Wayra acceleration program in 2012, and is now backed by Startup Labs and by Investomex. The latter won the Best investor award at TNW Mexico Startup Awards last year, and announced yesterday that its portfolio startup Ploombox had been acqui-hired by its Argentine counterpart Almabox.

Read next: Readmill rolls out a new e-reader app for iPhone, letting you sync books between devices