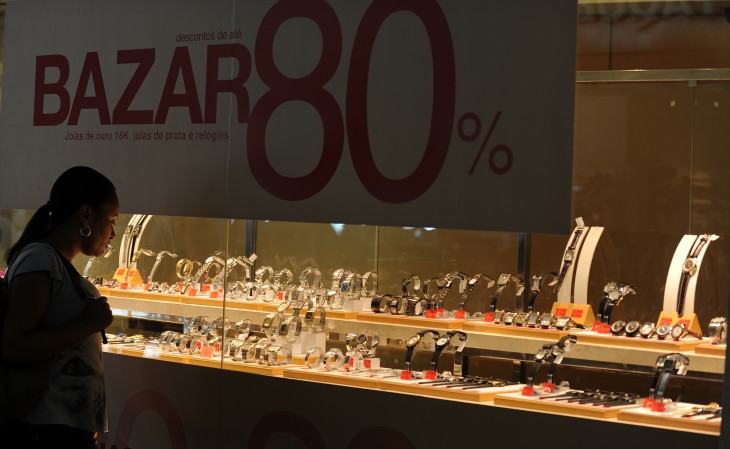 Today is Black Friday in Brazil. Yes, you read that well, in Brazil, a country that doesn’t celebrate Thanksgiving and where today is not a holiday. Yet, the promoters of BlackFriday.com.br expect record-breaking online sales of around R$135 million ($67.5m).

Not only is this more than last year’s R$100 million milestone ($50m), but it is also considerably superior to sales on a normal day for the Brazilian e-commerce, which averages R$5 million ($2.5m) in daily revenues.

As you may know, Busca Descontos (“Discount Search”) is the entity that imported commercial operations such as Black Friday and Free Shipping Day into Brazil.

According to its CEO, Pedro Eugênio, the third local edition of Black Friday is now on track to be the top-grossing day of 2012 for the sector. “The main winner is the consumer, who can anticipate its Christmas shopping and pay less for products,” he adds.

While there are also separate discount initiatives targeted at Brazilian Internet users, such as Apple’s, this coupon website has managed to enlist over 300 local online retailers, including several of the country’s leading e-commerce players, such as Walmart, Dell, Magazine Luiza, TAM, Netshoes and Submarino.

These companies will offer discounts of up to 70% on products such as electronics, flights, fashion items and home appliances, all listed for one day on BlackFriday.com.br. It’s worth noting that the site only acts as an aggregator and traffic driver, as users will complete their transactions directly with each merchant.

More importantly, Busca Descontos insists that the discounts it lists are verified, and has partnered with price comparison website Shopbot to check that pre-discount prices haven’t been artificially inflated. Still, BlackFriday.com.br also includes a “Report” button that users can press if they detect fraud and misleading offers – although we had some technical difficulties when we tried to use it.

This is a very controversial point in Brazil, where e-commerce generates more than its fair share of complaints. Fake discounts are often the culprit, and today is no exception to the rule, as Brazilians are taking to Twitter and Facebook to criticize rip-offs, but also other hiccups, such as very small discounts and saturated servers.

The ironic phrase “Everything for half twice its price” has gone viral.

In that sense, Busca Descontos’ attempt to act as a watchdog is interesting, although it remains to be seen whether it will manage to differentiate itself from the rest of the pack. From what we have read on social networks today, criticism didn’t spare its initiative either.

Malpractices and technical issues are an obstacle to the sector’s growth, as users need to be able to trust retailers – especially when they are buying online for the first time. At the same time, the amount of complaints confirm that Brazilian Internet users are becoming savvier, and are keen to buy products online from local retailers, as long as the price is right.

It’s a newsworthy change; not so long ago, Black Friday was a marginal phenomenon in Brazil, with a small number of consumers buying products from US retailers through proxy companies which either handle the delivery or the full purchase process for a higher fee. This is still the case in several Latin American countries.

In contrast, the Brazilian e-commerce sector seems to be rapidly coming of age. Earlier this year, research firm e-bit predicted that e-commerce in Brazil would grow by 25% in 2012 and 22% in 2013, with 9 million customers completing their first online purchase.

According to Forrester, Brazil is set to remain Latin America’s leader when it comes to e-commerce. Unsurprisingly, local and foreign investors took notice, and the e-commerce sector is attracting a growing volume of capital. A few months ago, J.P. Morgan invested no less than $45 million in Brazilian online apparel and shoe retailer Dafiti.

Read next: Issue v0.11 – Letter from the Editor