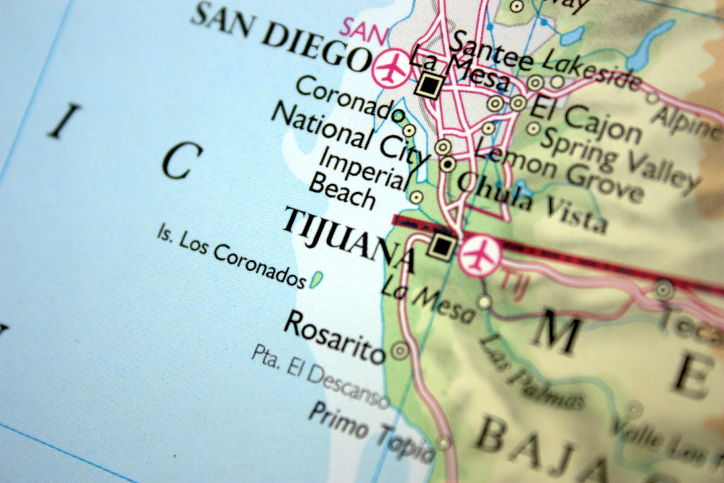 Not so long ago, Tijuana’s name was mostly associated with drugs, violence and prostitution. Since 2010 however, a movement called Tijuana Innovadora has been making a big push to change the way the outside world and Mexico itself see this cross-border city.

The impact from the community and federal government efforts over the last couple of years have changed the way Tijuana lives and breathes. With a population close to 2 million people, it is quite big and dynamic; at one point, it was even dubbed the “Television Capital of the World.” More generally, it has been working hard on transitioning from being a manufacturing hub into one that sprouts innovation and startups.

Wired Magazine’s editor Chris Anderson first got invited to Tijuana Innovadora in 2010, and the relationship he has maintained with this cross-border city since then has grown into a company called 3DRobotics, which owns a manufacturing facility in Tijuana, UDrones.

As you may have guessed from its name, it makes drones – and not just a few: UDrones has been building close to 10,000 drones each year. In other words, it is well on its way to building more drones than the US Military has in its fleet, showing how a small capable venture can compete internationally. This small team is run by Guillermo Montoya on the Mexican side and Jordi Muñoz in the USA – both being from Tijuana.

“We have managed to be more cost-effective than China, but more importantly, the cross-border location enables us to be faster in our innovation process,” Anderson explains.

This is the reason why many manufacturing facilities have been returning to Mexico ,and in particular to Tijuana, where a culture of collaboration has been in place for more than 20 years. Still, it is mostly over the last three years that the Mexican community has changed its mentality from being a labor force into a maker force.

Startups and an engineering hub in Northern Mexico

Since the early 90’s, many engineers from Korea, Japan, China and USA have come to Tijuana and collaborated with Mexican engineers to build state-of-the-art manufacturing facilities for Sony, Toyota, Honeywell, Böse and Easton, just to name a few. This has resulted in a very capable workforce that is trained and experienced enough to know how to solve real world problems.

“The Internet has no borders and the only thing that matters is what you are doing, making it happen and posting it on YouTube to see what happens,” Anderson insists.

Tijuana Innovadora’s 2012 edition got kickstarted with a StartupWeekend that attracted more than 70 participants. It was held at a co-working and incubator facility called BitCenter, which provides 5,000 square meters for the tech community. The vibe was mellow, with a few developers from San Diego attending, and a room full of people who wanted to learn about entrepreneurship related to web, mobile and robotics.

The conference’s line-up was impressive, and included a keynote by Steve Wozniak. Maker Faire‘s founder Dale Dougherty also came to Tijuana, speaking about the “maker movement” and how anyone can be Steve Jobs. He insisted that technology is not the core component of innovation any more, as creativity and vision are what matter the most to create something remarkable.

“Young people want to do new things but they go back to their community and they don’t have the spaces to do so,” Dougherty still regretted.

Yet, a couple of schools like Wibots Robótica Educativa and initiatives from local universities are being promoted to teach kids about creating and building robots, with a focus on sprouting innovation from an early stage. This might be the start of a much needed movement to create opportunities for the younger generation living at the international border.

“I am interested in helping promote a maker movement in Mexico. The best thing is that you are already here, with many years of experience in building and manufacturing products”, Dougherty told the audience.

In summary, it seems Tijuana is making a move to change the future of the city over the next decade, including strong efforts to have places for people to explore entrepreneurship and experiment building what their imagination can sprout.