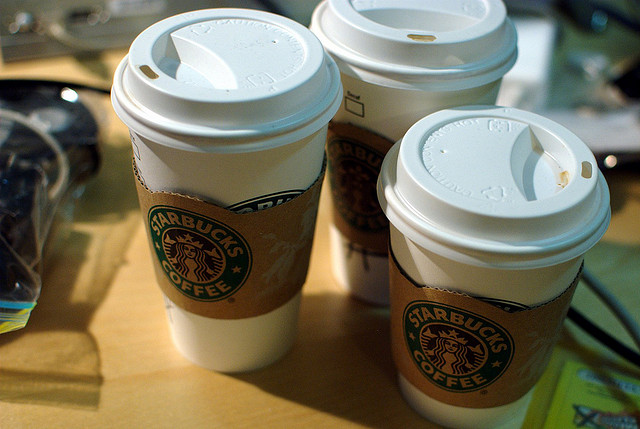 Did you know that apologizing could get you into trouble? Based on my Twitter timeline, Starbucks is learning this lesson the hard way today.

It all started a couple hours ago when the coffee giant addressed the following message to its Argentine customers on Facebook and Twitter:

If you don’t speak Spanish, it says: “We apologize, as due to a temporary supply shortage, some shops are using national cups and sleeves. Salutations.” In practice, this means than instead of the usual imported cups bearing Starbucks logo, some of its coffee shops are currently using blank cups that are made in Argentina.

As you may have guessed, the message didn’t exactly please Argentines. Rather than praising the company for its transparency and prompt notice, they unsurprisingly took offense that Starbucks felt the need to apologize for using local products.

Although the tweet is only a few hours old, online criticism quickly went viral on Twitter – the top trending topic in Argentina right now is #pedimosdisculpas (#weapologize). As long as you don’t work as Starbucks, it makes for a pretty funny read, with Argentines wondering when the company will start apologizing for hiring local staff that speaks Spanish.

Laughter aside, this is obviously a PR disaster for the company – and it happens at the worst time. As Reuters reported last month, Starbucks has big expansion plans in Latin America, and expects to add more than 300 new stores in Argentina and Mexico by 2015.

While this blunder will hopefully serve as a lesson for community managers around the world, the tweet itself illustrates the difficulties facing foreign companies that operate in Argentina. As we reported, the country is applying restrictions to imports to boost local production, often without official warning. This particularly affects imported electronics, such as the iPhone, which is very difficult for Argentines to buy.

Update: Starbucks has now apologized for its message, stating that its intention was to inform clients that it was using different cups than its regular ones, due to an internal planning mistake.

Read next: Thinking of life as a video game might change the way you live forever [video]