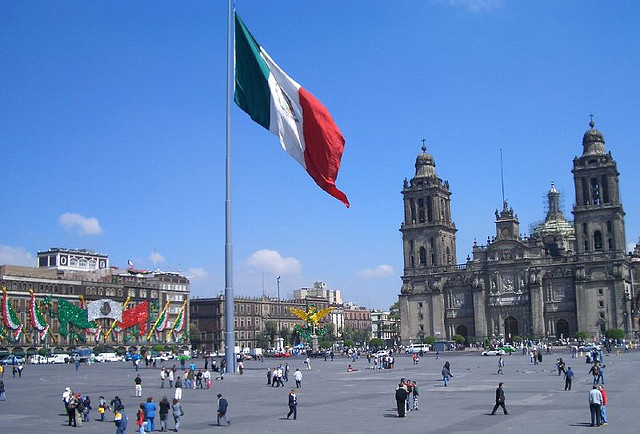 Did you know that Yelp is not operating in Mexico? That’s the market opportunity Conekta.mx hopes to take. This young startup launched less than two months ago with the ambition to be a Yelp with a Mexican twist.

One of the reasons Conekta.mx has already received quite a lot of coverage in the Mexican press is the young age of its founders: Hector Cardenas, Cristina Randall and Leo Fischer are respectively 25, 24 and 25. The trio met in Canada, while studying at engineering at Waterloo University, and decided to launch their startup from Mexico.

Their idea was to do a Yelp for Mexico, since there wasn’t any; but they also knew they needed to shape it for Mexico. While estimates are that the country has 5 to 6 million small businesses, many of them don’t have an online presence, nor are there complete databases about these companies.

According to Hector and Cristina, Leo is the team’s database wizard. But this isn’t just about compiling lists from different sources: the startup has already hired community managers in Mexico City, Monterrey and Torreon, and plans to hire others for Guadalajara and Cancun, bringing its staff to ten people.

Getting users to browse the service is only half of the community managers’ job. Perhaps even more importantly, they have to convince owners to list their businesses on Conexta.mx through the site’s dedicated page, negocios.conekta.mx.

This is often a door-to-door job, with Conekta.mx’s handing out flyers and stickers to local businesses, although the team acknowledges that the press coverage it received means that companies are also contacting them directly.

So what’s in it for business owners? First of all, being listed as a business is free, which means small businesses can easily gain an online presence at no charge. According to Conekta.mx’s team, the startup’s solution is also more relevant than a Facebook page when it comes to attracting new customers.

Facebook isn’t the only player the startup has to compete with, but its founders don’t seem too worried about their competitors. While the Yellow Pages have managed to become relevant online in some countries, it’s not the case in Mexico, where Seccion Amarilla‘s UI is fairly outdated, they point out. Its business model is also less attractive to business owners, which have to pay a hefty membership to be listed.

While listing a company on Conekta.mx is free, the startup also plans to charge for premium services, offering better placement to businesses that opt for its annual subscription plan.

There are other ways the service could be monetized, especially thanks to local advertising – a hyperlocal ad network like Citygrid, for instance, could be interested in Conekta.mx’s audience.

The reason why we can’t confirm Conekta.mx’s business model just yet is that the startup is still in the process of validating its ideas, with the help of its mentors – Conekta.mx is currently participating in Mexican.VC‘s acceleration program.

As you may know, this is a Silicon Valley accelerator for Mexican startups which is backed by 500Startups (see our post about its co-founder David Weekly). Besides seed funding, being part of it means that Conekta.mx will get a chance to connect with investors during the accelerator’s Demo Day, which is expected to take place in March.

Beyond Demo Day, the founders’ energy is entirely focused on customer acquisition. According to Hector and Cristina, their ambition is to nail the Mexican market, where the competition is relatively limited, before expanding to other attractive markets, such as the US Hispanic market and Latin America, where companies such as Kekanto and Loogares are already active.

One of the ways Conekta.mx hopes to leapfrog its competitors is through well-executed social integration. While friend recommendations are important in the US, they matter even more in a country like Mexico, where Internet users are using social networks quite heavily.

However, Conekta.mx doesn’t expect all users to write reviews, and also made it convenient to share recommendations in a quicker way, especially when on the go – the platform is also available via Android, Blackberry and iOS apps. For users, this means search results can take their location into account, improving relevancy.

Read next: For the first time in the music industry, digital sales surpass physical sales