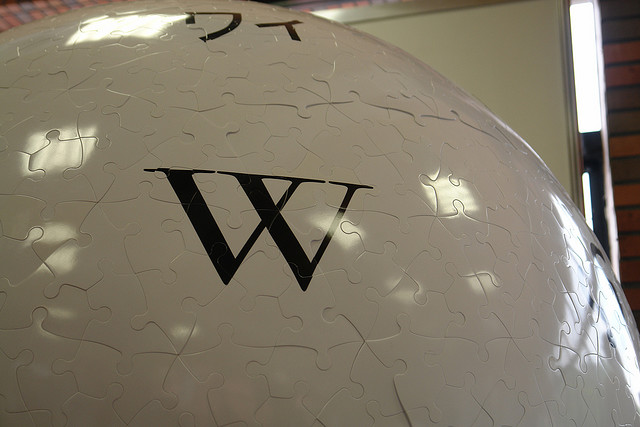 If you watched our recent video interview with Wikipedia founder Jimmy Wales, you may have noticed that he mentioned Brazil as one of the territories where the online encyclopedia has active growth plans. We have also noticed that the Wikimedia Foundation (WMF), the non-profit behind Wikipedia, has listed two job openings in Brazil.

So what are these plans for Brazil? We spoke to the Wikimedia Foundation’s Chief Global Development Officer Barry Newstead, who leads Wikimedia’s efforts to grow its presence in the developing world.

According to Newstead, the genesis of the WMF’s work in Brazil is the strategic plan it released in February 2011. The document set two goals for Wikipedia: to grow readership to 1 billion by 2015, and to increase the number of global contributors to 200,000 by 2015.

Despite Wikipedia’s tremendous success, both targets are very ambitious. So how can it double its contributor base and help it become more global? According to Newstead, the WMF’s conclusion was that it needs to see a lot of growth in the ‘global South”, especially in Brazil, India, China, Africa and the Middle East.

Wikipedia has been quite successful in terms of readership in these regions. However, this is less obvious when it comes to contributions, he explains. Actually, Wikipedia doesn’t do so well in languages other than English and Spanish. There is even room for improvement in languages like Mandarin, Arabic and Portuguese, which are spoken by hundreds of millions worldwide.

At the time it released its strategic plan, Wikimedia identified three geographies to ‘catalyze’ – Brazil, India and the Arabic-speaking areas of Middle East and North Africa:

In Brazil, the starting point was to engage with Wikipedia’s existing community. According to Newstead, the Portuguese version of Wikipedia has 1,500 contributors who make five or more edits a month.

While it includes both Portuguese and Brazilian contributors, Wikimedia estimates that the vast majority (1,200) are from Brazil. Before launching any initiative, Wikimedia needed their help to understand the issues and challenges at stake: why aren’t there more contributors? Which are the gaps that need to be filled?

According to Newstead, they finally identified a bottleneck; while people know how to use Wikipedia, they don’t understand how it works, and many ignore that they can edit it. As a result, Wikimedia will make sure to provide better information in Portuguese on how to contribute.

But that’s not all: Wikimedia needs to work on outreach efforts to raise its profile in the country. This campaign will happen in the media, but also through public talks. Students, professors and organizations with knowledge to share are a target of choice for the WMF, which hopes to enroll Wikipedia’s friends to talk about the online encyclopedia at universities.

At the moment, Wikipedia boasts 709,139 articles in Portuguese, and Newstead says it would be nice to reach 1 million. However, he’d much rather see the Portuguese version become richer and deeper. Although he doesn’t speak Portuguese, there’s no need to speak the language to note that articles are usually quite short, he explains. In this regard, the Portuguese version is three to four years behind the English version, he notes.

One of the factors behind this gap is that lots of people in Brazil read the English Wikipedia. Yet, Wikimedia doesn’t plan to encourage them to translate articles (although individual users still have an option). Instead, it plans to get more Brazilians to contribute unique content in their mother tongue.

To achieve this goal, Newstead is convinced that Wikimedia will need to build some pride around contributing in Portuguese; one of the key elements will be to explain why language matters. Its message to these users? While it’s OK to access the English version, they would get closer to Wikipedia’s mission of ‘giving back’ if they shared knowledge in their own language – after all, millions of Brazilians can’t speak English.

Another way Brazilians can help Wikimedia is by making donations as part of its annual fundraiser – and a noticeable number of them already heard the call. According to Newstead, the WMF raised a little over US$200,000 from over 13,000 Brazilian donors between November and 17 December, a number which is likely to increase before the end of the campaign.

As for those interested in giving back by writing articles, their best chance is probably to participate in Brazil’s First Wikimedia Grand Prix (I GP Wikimedia-Brasil). The goal of this Wikiproject, a partnership between Wikimedia Brasil and the Brazilian computer manufacturer Positivo, is to get Portuguese speakers to write 5,000 additional articles between January and March 2012.

These will be more than random articles: the group is using a list of critically-needed articles, which will be available in the offline version of Wikipedia, to be pre-installed on Positivo’s computers. This will be particularly relevant for use in the classroom.

This could also be useful on mobile devices. Mobile is also part of Newstead’s responsibilities, and he acknowledges that new mobile partnerships could be closed in Brazil – Wikimedia already signed a partnership with Telefonica in 2012.

As we mentioned in our introduction, the Wikimedia Foundation currently has two job openings in Brazil. One of them is for a Brazil National Program Director, who will be in charge of supervising Wikimedia’s local effort with the help of a team of three to five people, to be operational by the middle of 2012.

According to Newstead, Wikimedia’s initiatives in Brazil will be structured around four axes:

The WMF’s plan is to open a local office in Sao Paulo, as most of its local community is located in Brazil South and Southeast. According to Newstead, Wikimedia still has to check local regulations, but chances are the local authorities will be quite receptive – and they should be. After all, Wikipedia’s mission in Brazil is the same as elsewhere: to be a valuable resource for the local population, and a truly free one, built by people for people.