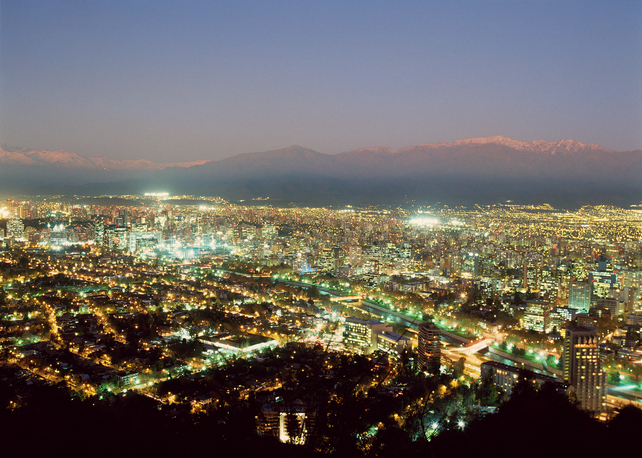 Today’s article regarding Arnon Kohavi’s departure from Chile has struck a cord with many in the start up community, and I am one of the many disappointed from the message conveyed. While timing is arguably a factor in any entrepreneurship endeavor, Mr. Kohavi’s arguments for the most part were a blame game and little on actual failure of his own efforts.

As a Start-Up Chile Round 1 participant, I’ve met Mr. Kohavi (pictured below) and even “pitched” to his fund along with other Start-Up Chile participants. While some of the statements made are legitimate (i.e. monopolistic hold on capital and a cultural shift was needed), Mr. Kohavi’s departure from the Chilean scene will– in the end– better serve the Chilean, and effectively South American entrepreneurial environment.

Any experienced entrepreneur knows overnight success is a rarity. With a 6 month time horizon, Mr. Kohavi was expecting to raise US$40m after arriving to Chile to meet with business school friends, and conveniently meeting government representatives eager to create a startup scene.

I’ve worked on entrepreneurial efforts in India, Spain, and Singapore, and in any country, establishing a personal brand is not a simple 6 month effort. The acknowledgement that Start-Up Chile is starting the process but isn’t far enough along to change a culture, coupled with his own history as an entrepreneur, should have prepared Kohavi for the tough road that Chile has ahead.

As a Start-Up Chile participant finishing my round, it’s only recently that I feel at ease within the community and my brand in Latin America, and this is with the support of Start-Up Chile government representatives and my own business school network. In a region where business relationships are paramount, is six months really enough time?

His early departure brings to question Mr. Kohavi’s actual commitment to Latin America. If he understands the time horizon for entrepreneurship why did he commit to only six months? Currently, Yarden Venture Capitalis “leverage [in] our Silicon Valley and Latin American relationships to help startups in Asia”. As of writing, I am not aware of Mr. Kohavi having raised any money in Latin America.

Choosing to be an entrepreneur is a silly decision. It’s a hard life. One of the many things entrepreneurs must do is to show your supporters that you will do whatever it takes to succeed. You must do all you can to alleviate your supporters of fear of failure while you yourself must accept possible failure.

Mr. Kohavi’s efforts in Chile were not successful. In the interview, he argues that the culture and the environment is not ready, yet takes little proactive measures to help boost and foster a community that is looking for change. While what he says may be accurate in regards to generation gaps, this also exists in many countries– including many Asian countries.

Chile is a country that is working to change this, that is why programs such as Start-Up Chile exist. Mr. Kohavi participated in only 3 months at the beginning of my Start-Up Chile activity. In the remainder 3 months, many of us heard little from him and even wondered about the fund he started. If in fact Mr. Kohavi did come to Chile and quickly received government support, he definitely had an advantage over many other entrepreneurs who struggle to get a meeting. He also recognized the pain problem in the Chilean style VC system; but offered no solution.

There are 110 teams in my round of Start-Up Chile, and over 100 in Rounds 2 and 3 for 2012. This is the making of a culture shift supported by the Chilean government. Mr. Kohavi had the opportunity to be part of this positive effort and failed. Now he points fingers at the culture and its people for his failings.

In the last few months of the program, the only information Start-Up Chile participants received from Mr. Kohavi were emails selling personal possessions. It was evident that he was looking to move. Did Mr. Kohavi really plan on 6 months or did he already have his foot out the door upon arrival?

I come from a family that lived the American dream. My father moved at the same age I am now (33) with a family of four from Taipei, Taiwan to Memphis, Tennessee. He spoke no English (and even still struggles today) and opened an Italian sandwich shop. The comedy is not lost on me.

Meanwhile, Mr. Kohavi’s thinks the Chilean startup community must “get used to talking English” as changes that will further along a startup environment. But cultural shift is a two way street. I know my father never asked any of his customers to speak Chinese to order an Italian sandwich.

An investor looking for a “commitment from the elite” of US$40M beyond government support might want to reconsider asking to conduct business in English when living in a Spanish native speaking country. In making a statement that a cultural shift is necessary, I see little effort in change from Mr. Kohavi’s side of the coin.

Mr. Kohavi’s next move is Singapore. A city where foreigners are easily welcomed and money is flowing. It is itself a city created by entrepreneurs in recent history. While I don’t know what Mr. Kohavi’s exact intentions are in Singapore, I know that in my experience as an entrepreneur, most investors would like to see some commitment to your efforts– and that commitment works both ways.

In a leaving comment, Mr. Kohavi admits it openly: “I will spend at least a few months in Singapore, although I’m not attached to a location”.

Read next: Getting fat in space? The Kinect might tattle on you