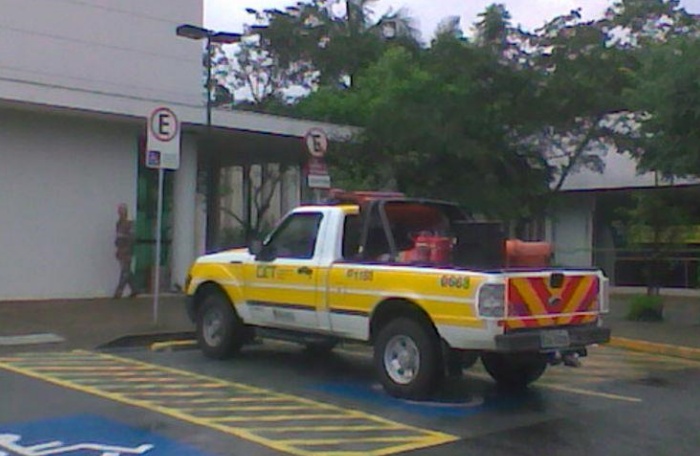 Sao Paulo’s authorities almost spent US$75 million to rent 10,000 tablets for its staff – around US$7,500 per device. But the influential Brazilian newspaper O Estado de Sao Paulo revealed the story a few days ago, pushing the mayor Gilberto Kassab to put the suspicious project to a halt.

Equipping civil servants with tablets wouldn’t have been a first: the local government has recently announced it would acquire 12,000 devices for Sao Paulo State’s military police cars.

In this context, the city’s decision to do something similar for divisions such as its Health Surveillance and Transit Department (CET) shouldn’t raise any eyebrows. It could improve the quality of the service they provide; for instance, transit agents would be able to fine offenders on the spot with their devices – and print the fine on mobile printers.

The problem? The contract unveiled by O Estado showed that Sao Paulo almost rented those devices for a larger amount than the police paid to fully acquire them – R$138,9m (US$75m). Of course, the city could still argue that the deal also included maintenance and replacement of damaged devices, but it still seems impossible to justify the US$7,500 price tag per device.

It’s also worth noting that these tablets weren’t even pricey iPads, since the contract was focusing on Windows-powered devices with USB ports. According to O Estado, it would be possible to acquire 53,000 of the market’s priciest ones for the same amount.

As if inflated values weren’t enough to make the deal suspicious of corruption, the company’s owner is a wanted man, O Estado adds. He is accused of fraud while acting as a public contractor in a different Brazilian state.

While Sao Paulo’s mayor Gilberto Kassab has now called off the contract, it was a close call: the city’s IT department had already approved it, and delivery was supposed to start within 30 days.

Read next: AT&T pulls its bid for T-Mobile, paying its $4B fee and brokering a roaming deal