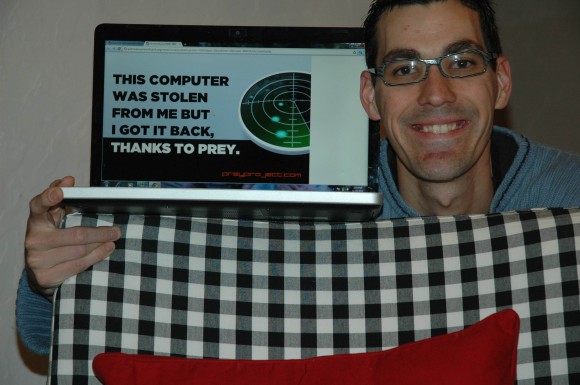 If you’ve heard of anti-theft applications such as Find My iPhone, Hidden and Prey Project, you know they have resulted in numerous success stories. No later than this week, Prey even added a Recoveries section to its blog, entirely dedicated to owners who recovered their devices thanks to the app.

If you have installed one of these apps, you are probably pretty sure getting your stolen smartphone back will be fairly simple once you have managed to track its thief. But if you are Brazilian, maybe you shouldn’t be too confident; a couple days ago, the newspaper Folha de Sao Paulo told the story of a Brazilian teacher, let’s call him Ivan, who did everything he could to track his iPad, and yet wasn’t able to get it back.

According to the newspaper, Ivan was robbed at gunpoint around 9:15pm last Sunday, when he was coming home from Sao Paulo’s domestic airport in a cab. His first generation iPad was stolen, alongside a watch, cash, a laptop and a backpack. He immediately called the local police, which unsuccessfully patrolled his neighborhood in the hope of locating the thief.

It was only later on, when Ivan went home, that he remembered he had installed “Find my iPhone” on his iPad. He logged in, and was able to see that his iPad was now in a different neighborhood. He called the police back, but only to hear that department couldn’t do anything, since the device was now outside of its patrol zone.

Ivan should go to that neighborhood and ask a local patrol car for assistance, he was told – and so he did. But when he arrived, the iPad was long gone, as he could now see on the tracking system that the tablet was miles away. He decided to go home and phone the police again, which he did several times while keeping an eye on his device’s whereabouts, and feeling increasingly helpless. 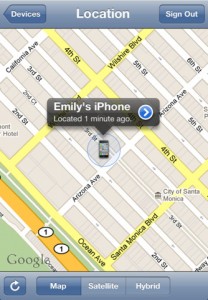 Around 1am, the device finally stopped moving, and its location corresponded to a condominium in the city of Sao Bernardo do Campo, in the suburbs of Sao Paulo. A local policeman went there twice – once overnight on his own, then with Ivan and colleagues on the following day – but couldn’t act without a warrant, and the operation failed.

Ivan decided to formally press charges, which led the suspect to be briefly taken into custody after being arrested in the street. However, he was soon released due to a lack of evidence – no witnesses had showed up, and CCTV images weren’t forwarded on time. According to the police, it means the evidence is too thin for a judge to issue a warrant. It doesn’t mean the suspect won’t have to respond for the robbery, but he will be free until his trial date.

As for his iPad, Ivan came to terms with the fact that he might never recover it, and already decided he will buy a new one the next time he travels abroad – in the Brazilian online Apple Store, iPads sell from US$867.

Read next: Microsoft buys SkypeSexFinder.com, points it to rather salacious Bing results