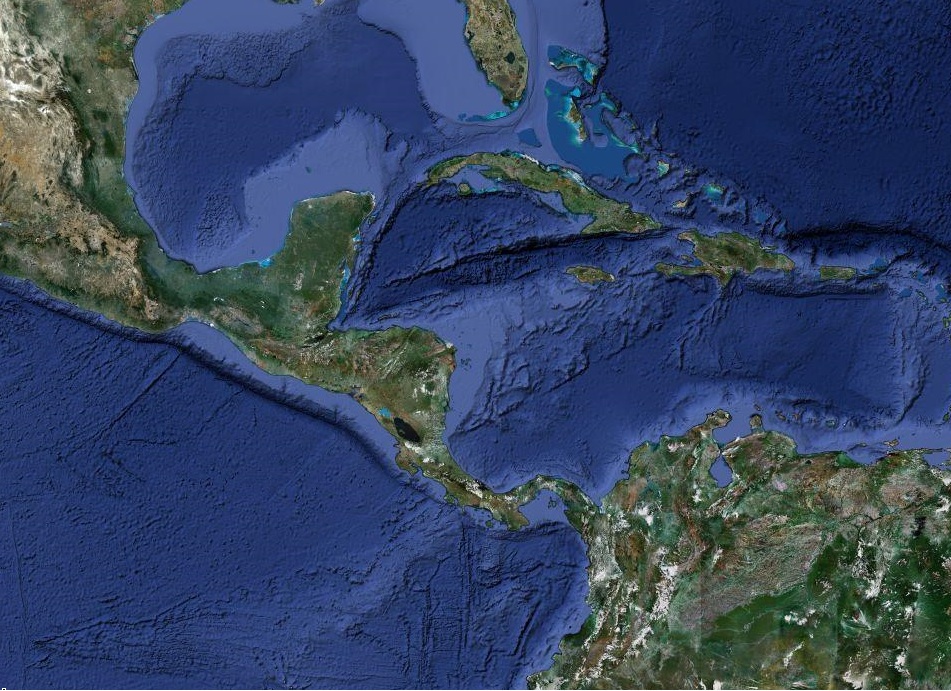 It all started with a tweet. Commenting one of our recent posts, ‘Latin American Startups: Eight “Gringas” to Watch Out For,’ a web developer from Nicaragua called Jorge Cerda pointed out that our scope in that post was actually limited to Argentina, Brazil and Chile. Although we have also talked quite a few times about Mexico and its startups, Jorge had a point: there have been very few mentions of his home country and its neighbors on The Next Web.

So what have we been missing? We decided to ask key people from the local tech communities to share their knowledge with us. Luckily, they played along and here is what you need to know about the Central American startup scene.

To put it bluntly, one of the main reasons we don’t talk much about web startups in Central America is that there isn’t that much happening. To start with, the region is home only to 41m inhabitants, distributed in seven countries (from North to South: Belize, Guatemala, Honduras, El Salvador, Nicaragua, Costa Rica and Panama.) Although these countries are quite diverse, with Costa Rica and Panama faring better, most have in common inequality, poverty of many and widespread illiteracy. The percentage of university students is also fairly low, limiting the talent pool for entrepreneurship.

Even among university graduates, wannabe web entrepreneurs are rare, mostly for cultural reasons. According to the Guatemalan web insider Stephanie Falla, most universities still prepare students to “work for someone else.” Of the people I’ve interviewed, they also all agree that Central American families strongly encourage their children to opt for corporate careers and aren’t supportive of ‘riskier choices’ such as startups.

In countries where children rarely move out of their parents’ homes before their late twenties, this family pressure has a strong influence, and most graduates end up “doing the right thing” and joining a large corporation. According to the Honduran entrepreneur Alejandro Corpeno, the main problem isn’t a lack of talent, but the fact that it gets “sucked in” by these big companies which can afford to pay more.

Sprouts in the startup desert

Both Stephanie and Alejandro prove there are exceptions to the rule – and it’s often down to personal circumstances. Stephanie describes herself as quite independent; she moved out of her family home at the age of 17, an experience which taught her “she could have her own ideas and follow them.” It was also around that time that she met Christian Van Der Henst, a well-traveled Guatemalan who opened her eyes to a broader perspective.

Although Christian is now based in Buenos Aires, the pair still work together at the pioneer local startup Maestros del Web, created by Christian in 1997. Maestros’ business model is freemium. On the free side, it’s a very popular website and online community, where Spanish speakers can find relevant information on the web and technology. Christian also co-hosts a podcast called Mejorando La Web (see our previous story.) As for paid gigs, the team travels around Latin America giving conferences and classes and plans to increasingly focus on training. The ultimate aim is to impact tech education across the region, hopefully with the help of local partners in each country.

As for Alejandro Corpeno, he’s one of Central America’s most prominent web entrepreneurs. He answered our questions from New York, where he’s working on developing his latest venture, Pictour.us (see our previous post.) The photo tour startup was born during DreamIt Ventures‘ summer acceleration program. Alejandro had initially joined with an education project called class.io, but his team finally decided that Pictour.us was more promising, at least for now.

None of these two companies are Alejandro’s first startups. Contrary to many Central American parents, he recalls his dad was supportive of trying out new projects. This support gave him confidence to start creating websites for others in the nineties, when there weren’t many local competitors. He then went on to create several other ventures, including tubabel.com, a website about Spanish and its variants, and Twitter clone Blipea (which failed to gain traction.) Pictour, the latest startup, will operate from the U.S., but Alejandro hopes it will have content from all over the world, including partnerships with Central American tourism boards.

Alejandro and Stephanie aren’t unique: some successful entrepreneurs have emerged from the region in the last decade, such as the serial entrepreneur Matias de Tezanos, who sold Hoteles.com to Expedia at the age of 22 and went on to create several other companies. Both Alejandro and Stephanie have also heard of a couple recent startups. However, they lament the fact that most local web ventures are services companies with limited ambitions, which aren’t necessarily their founders’ main activity. This includes blogs, social media agencies and consulting firms making a business out of helping brick-and-mortar clients to go online. Although it isn’t bad per se, they certainly aren’t creating the next Facebook – nor are they tackling the region’s main problems. 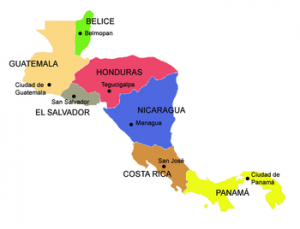 Talking to these Central Americans, what strikes me is the the lack of integration across the region. Geography certainly plays a role and some countries are culturally closer than others. Still, information seems to be far from flowing from one country to another. Stephanie, for instance, confesses she knows very little about what’s going on in Panama tech-wise.

While Alejandro acknowledges there is little going on in El Salvador, where he had recently moved, he hopes there will be more coming out from the country in a few years, based on recent developments, including a BarCamp. As for Honduras, he laughingly declares that “all the people he knew who did stuff now work with him” – that is, all five of them…

Nicaragua’s startup scene is also very small, according to Juan Ortega Ulloa, a Nicaraguan web designer and e-commerce consultant now based in Chile. In fact, there are almost no startups that are 100% in the country, as Juan pointed out in an insightful post on his blog. Although there are successful web ventures in the country, they all include a brick-and-mortar element at some level.

According to Stephanie, among the countries she’s familiar with, Costa Rica is the most advanced. Its local developers and designers usually work for foreign clients, although some are also developing their own products, she says. The country recently hosted its first Startup Weekend and two editions of a conference called Transcyberiano.

As for Panama, according to the local entrepreneur Harold Maduro, the country benefits from a series of initiatives to foster entrepreneurship, such as the AEP accelerator, located within Panama’s City of Knowledge. The AEP is connected to an angel network and organizes events and competitions for entrepreneurs. Entrepreneurs can also get support from different public and private initiatives focused on medium and small businesses.

However, these initiatives aren’t particularly targeted at web startups, which still seem somewhat rare. Still, there are a few of them, such as iteridea, which creates mobile apps “for the global market.” According to the startups co-founder Jorge Mendez, although things are moving slower than he’d wish, the ecosystem is going in the right direction thanks to positive nitiatives such as the CascoStation, the co-working space that Harold founded (see our previous story.)

The need for networking

Indeed, Juan Ortega pointed out that the lack of networking was one of the key factors for Nicaragua’s lack of web startups. Alejandro Corpeno has already started to tackle this issue and created an event called WebConf Latino. After a successful test edition which took place in Honduras in 2008, he decided to repeat it and start charging for tickets. The event still attracted 250 participants during his first three editions in Honduras, with people coming from neighboring countries. It was a bit too far for Panamanians to attend, which inspired Alejandro to launch a franchised event in that country last year, in partnership with a local company. It means that in 2012, WebConf Latino will take place in Honduras, in Panama and maybe somewhere else – there is interest for the event in other Latin American countries, Alejandro said.

One of the purposes of the event is to develop the startup mindset in the region and “let the young generation know about their potential.” Indeed, Alejandro is convinced that they’re talented and hopes to lure them to create startups before they go for corporate careers. For instance, he wishes to highlight the fact that most of them live with their parents means that trying to launch a company is a low-risk operation for them – they shouldn’t be so afraid of failure. He also thinks universities could help develop the local ecosystem by having their own incubators and organizing business model competitions like other foreign institutions.

It’s not a coincidence that Alejandro has also invited foreign speakers to his events: in his view, the local market isn’t big enough for consumer Internet projects. Yet, Jorge Mendez laments that many projects created in the region aren’t scalable in other countries. Instead, entrepreneurs need to think beyond their small country and have a broader mindset. They don’t even need to go global: the Spanish-speaking market, for instance, could represent a great opportunity. Actually, even thinking of Central America would already be a step forward, in a region that still lacks integration.

What do you think is needed for web startups to blossom in Central America?

Read next: Facebook vs. Google+ - A Tale of the Tape