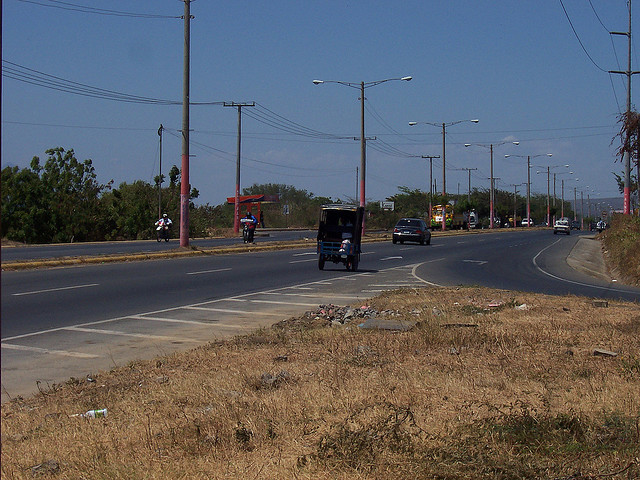 Living in our bubbles, glued to our MacBook Airs from our offices in New York, London and San Francisco, we often forget that not everyone in the world has such access to the Internet. In fact, globally only 2 billion have access to the Internet, meanwhile 4.8 billion people have cell phones. It’s a fact that entrepreneur David Reich, the Founder and CEO of Assured Labor knows well. I first met Reich at New York City’s Dogpatch Labs just after he returned from a trip to India. Reich has traveled to over 50 countries, spending much of his time in emerging markets in Latin America and Asia.

His company, Assured Labor, which he started in 2008 at MIT’s MediaLab with his co-founder Joseph Bamber, is revolutionizing hiring in emerging markets. Assured Labor runs EmpleoListo (“Job Ready“), a service that collaborates with regional wireless carriers and leverages mobile phones to connect employers with mid-to-low wage job seekers. Three years later, EmpleoListo is the largest job site in Nicaragua.

Only 10% of Internet users in Latin America’s emerging markets have an Internet connection at home, which means traditional job boards like Monster.com aren’t useful as they require candidates to spend all day searching for jobs. And those Internet users are in cafés sporadically, once every one to two weeks on average. But approximately 85% of the population in Latin America has a cell phone on them at all times, so they are able to respond to EmpleoListo’s SMS alerts about job opportunities immediately.

How the service works:

1. Candidates register while at an Internet café.

4. Companies receive full resumes with contact information and references. The company can then then setup their interviews and text-message reminders for candidates.

Today, I caught up with Reich, who’s currently on a well-deserved vacation in Barcelona. For the past year, Reich has been working to expand his disruptive platform in Mexico. After only eight months in Mexico, EmpleoListo gained 100,000 users, had over 800 companies post jobs and is running with all major carriers in Mexico (TelCel, Movistar and Iusacell). Last week, Assured Labor partnered with Prisa Digital, a multi-billion dollar Spanish media conglomerate, to ramp up distribution by driving traffic to Assured Labor’s Mexican brand EmpleoListo through its growing base of digital assets throughout Latin America including El Pais, AS, and Los40. Assured Labor will also join Prisa Digital’s ad network.

Assured Labor first launched EmpleoListo in Nicaragua, the 2nd poorest economy in the Southern Hemisphere after Haiti, to figure out the model on the cheap while bootstrapping before going after bigger markets. Mexico offers a huge potential for EmpleoListo. The new Mexican EmpleoListo site features an intelligent background technology that matches new job postings with actual candidates and then automatically sends out job descriptions via SMS to appropriate candidates. Reich plans to leverage the company’s growth in Mexico to enter other countries in Latin America and Asia next year.

The service is free to use for candidates while employers buy premium bundles based on the number of candidates they are trying to reach. Assured Labor also offers candidates a premium service which includes job tips delivered over SMS. Well over 10,000 people have signed up to receive these tips.

“A lot of the conditions of Latin America are favorable for what were doing. Everyone is on a cell phone in The States and in Europe, they’re addicted to them. In the US, we have massive Internet penetration so we’re seeing the “social job search” as exciting. But when you go to these emerging markets there’s such a huge greenfield opportunity for the young population that uses text messages as their primary form of communication,” says Reich.

To date, Assured Labor has kept it lean and raised $1 million dollars from a number of notable investors with experience building digital marketplaces in emerging markets, including the former CEO of Skype (Michael Van Swaaij), the CEO of OLX (Fabrice Grinda), the co-founder of DeRemate, the original eBay of Latin America (Jose Marin, company sold to Mercado Libre), Kima Ventures (France), Nexus Venture Partners (India), and the CEO of Fotolia (Oleg Tschelzoff).

Last week, our San Francisco editor Hermione Way wrote a post titled “The Problem with Silicon Valley is itself,” in which she pointed out that much of the technology being built in Silicon Valley is “not changing the world at all, it’s short-sighted and designed for scalability, big exits and big profits.” In an era of cocktail making apps and social network aggregator dashboards, its wildly refreshing and hopeful to introduce you to a company like Assured Labor.

Read next: Pixable makes it easier to find your Facebook friends' latest videos