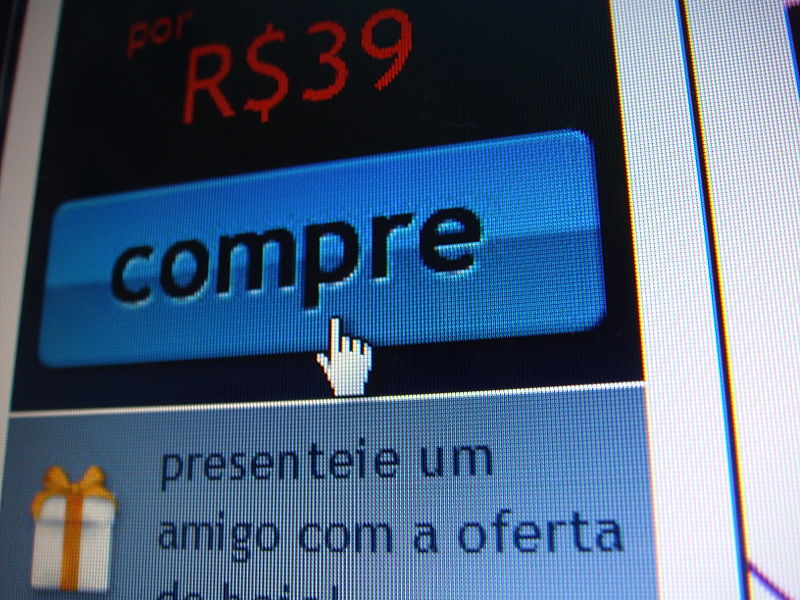 Brazilian group buying site Peixe Urbano (“Urban Fish”) yesterday announced a new investment round, in partnership with global equity firm General Atlantic and Tiger Global Management. So what is Peixe Urbano and why is it attracting so much attention?

A key element in Peixe Urbano’s success is that it was a pioneer in its market: when launched in March 2010, it was the first local services group buying website in Brazil. That said, the idea was far from untested: by their own admission, the 3 founders’ inspiration came from Groupon and its counterparts in the US – they had witnessed this boom firsthand while they were studying in California at Stanford University.

Like in the US, coupon fever took over Brazil and Peixe Urbano’s service kept growing, both in terms of capital and image: in December 2010, the site, which then had 5 million registered users and now has 9 million, received investment from Silicon Valley venture capital fund Benchmark Capital and local TV anchorman Luciano Huck joined the company as a partner. It is worth mentioning that it was Benchmark’s first investment in Latin America; earlier in 2010, the company had also received funding from Brazilian VC firm Monashees Capital.

The fact that the 3 founders have lived and studied in the States and are fluent in English certainly isn’t foreign to the company’s international appeal, as is the fact that one of them, Julio Vasconcellos, who is now the company’s CEO, was Facebook’s Growth Manager for Brazil when Peixe Urbano’s launched. At the same time, being a Brazilian company with Brazilian founders meant that they had a good knowledge of the local market and its expectations, which certainly helped it grow.

Concurrently, the number of players in the daily deals market grew exponentially: according to specialized website Bolsa de Ofertas, there are now more than a thousand group buying websites in Brazil! Many of them will obviously fail and concentration has already started: 3 clear leaders have already emerged and share most of the market. These are Peixe Urbano, Groupon, which has now entered the market and quickly became a key player, and  ClickOn, which also raised additional funding this week (see press release). See how they currently rank according to Alexa’s data compiled by Bolsa de Ofertas:

So what will Peixe Urbano do with the additional capital it raised this week? According to the CEO Julio Vasconcellos who talked to us on the phone, this investment will give Peixe Urbano’s development plans, which revolve around two main axes, some viability. The first of the axes is growth; the company counts nearly 600 employees and is currently hiring intensively (for instance, it aims to double its tech team). It also has international expansion plans – it entered the Argentinian market in March this year and is interested in other Latin American countries as well. The other development axe is marketing, to solidify the company’s presence. This includes raising awareness of the company via an advertising campaign that will go on TV very soon. In February, Peixe Urbano had been the first Brazilian company to advertise via Twitter’s Promoted Trends.

Peixe Urbano is clearly doing very well and we are convinced that group buying is more than a fad – however, a lot remains to be seen with Facebook and Google entering the space, respectively with Facebook Deals and Google Offers. So what do you think? Will first entrants as Peixe Urbano keep their advantage and how long?