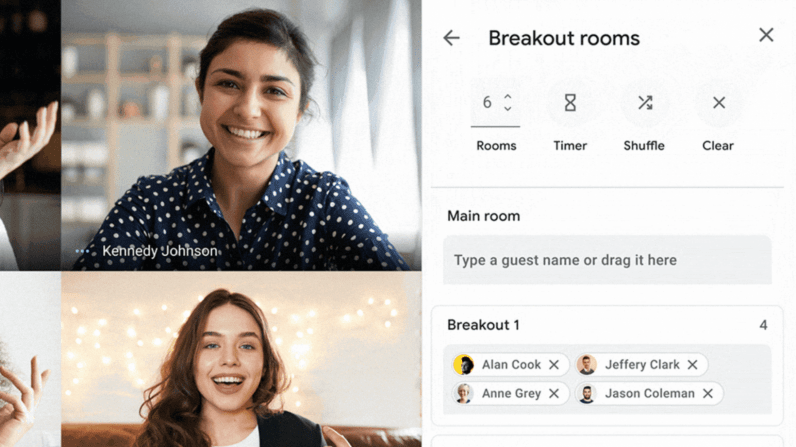 Google Meet is adding a feature that could make large group calls a lot more useful for educators. Within the next couple of days, teachers using the Enterprise for Education tier of Google Workspace (formerly known as G Suite), will be able to create breakout rooms within video calls, allowing them to divide participants into smaller groups. The feature will arrive on other versions of Google Workspace “later this year.”

To begin a call, tap on the Activities button and select Breakout Rooms. Organizers are able to create up to 100 rooms in a call. By default, call participants are distributed randomly into equal-sized rooms, but you can also manually assign people to different rooms.

Organizers can join breakout rooms themselves, but they won’t see chat messages that were exchanged when they were not in the room. They can also set time limits for the room, or shuffle them should participants get into virtual food fights.

There are some caveats, such as the fact you can only create rooms on a computer, and Breakout rooms can’t be livestreamed or recorded. For more on how to use breakout rooms, you can check out Google’s support page here.

Read next: Report: Microsoft plans to get xCloud onto iOS without the App Store