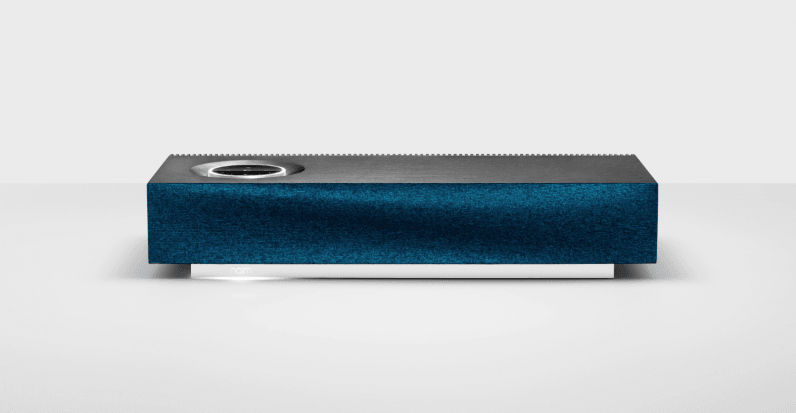 High-end audio is catching up to the times. Where once audiophiles might scoff at wireless speakers, now industry stalwarts like Bowers and Wilkins, KEF, and others are exploring the convenience of streaming music and all-in-one systems. But one of the first of these was Naim’s Mu-so, a streaming speaker that showed the world such a device could be convenient and worthy of critical listening.

Now there’s the Mu-So 2, turning everything up a notch. That includes the price, jumping from $1000 to $1,600, but Naim obviously thinks the revamped hardware is worth it. I had a chance to go hands-on, and at first glance, yeah – it sounds great.

Some of the key features:

Naim doesn’t call the Mu-so a soundbar – it’s both deeper and not as wide as most soundbars – but it’s the category the Mu-so is most likely competing against.  I had the chance to go hands-on (ears-on?), listening to a mix of Naim’s playlist and some of my own music. As usual, I’m remiss to talk much about sound quality for a speaker I haven’t listened to in my own home because the listening environment has a dramatic effect on the sound; take these impressions with a grain of salt. Still, what struck me about the Mu-So 2 was its extension and dynamics.

By extension, I mean the speaker can reach deep into the bass – notably further than other soundbars like the Sonos Playbar (which is of course much cheaper). More importantly, it hits with genuine authority in the low end. Naim doesn’t provide a frequency response spec – perhaps because it is variable with DSP – but measurements showed the previous Mu-so reached down to an impressive 37 hz, and this one goes deeper. I doubt you’d miss a separate subwoofer.

By dynamics, I mean the ability to convincingly shift between loud and sound parts of your music, an area wireless speakers often struggle with. They often require the volume turned up to sound their best, but then struggle when a crescendo hits the music. Not the Mu-so; test tracks I use that make some soundbars sound wimpy performed admirably on the Mu-so. On the other side of the coin, it was still able to render detail and dynamics at low volumes, likely aided by its loudness compensation.

To my ear, it had the refinement I’d expect from a good pair of stereo speakers placed close to one another. The Mu-so put out a decent soundstage for a soundbar-like speaker, particularly in its sense of height and depth, but it still suffers from the width compromises of its form factor. The only soundbar I’ve heard overcome this is Sennheiser’s upcoming $2,500 Ambeo Soundbar. Perhaps it would’ve been better in the regard from a closer listening perspective, though I’d still prefer Naim offer a true-stereo system in its lineup.

Despite that “it’s still a soundbar” caveat, I came away from my listening session impressed. I’ll have more conclusive thoughts when I get my hands on a unit to try at home, but for now, the Mu-so 2 looks like an appealing package for those looking for an easy to use, all-in-one system – and have the dough to spend.

Read next: Lawyers are trying to figure out who to sue in the event of an asteroid impact