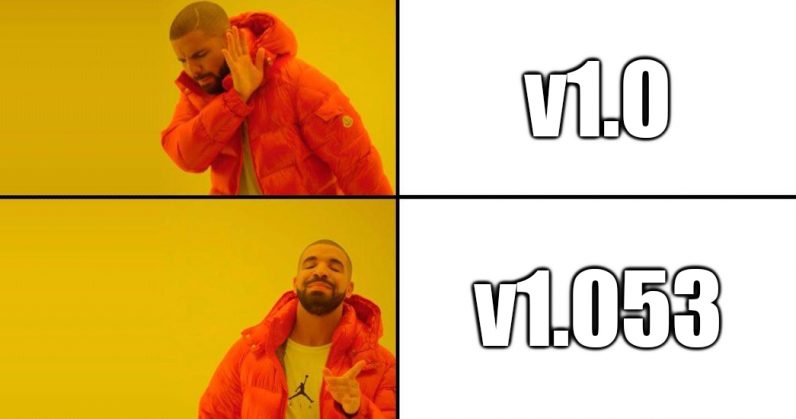 Following the launch of his fifth studio album, Scorpion, last week, Canadian rap sensation Drake has pushed an update to the record that brings a few audio fixes and minor content changes.

Wait, did Drake just patch his album like it was a piece of software?

Redditors MrRom92 and Jrmio noted in a post on r/HipHopHeads that a small number of songs have had their mixes altered, while a couple of others have had censored words removed and vocal parts added. They added that all 25 tracks appear to have gone through a second mastering process to tweak the noise floor, or the base level sounds of noise and unwanted signals that may be picked up during recording music.

We spotted some of these changes on the version available on Google Play Music, but Spotify appears to still be streaming the original.

As Kotaku notes, it’s not the first time an album has received digital updates this way: Kanye West’s Life of Pablo from 2016, and his more recent record, Ye, have both been patched.

These updates are notable because they raise questions about how artists and record labels treat releases, now that they’re increasingly being distributed digitally. Will we see remasters, remixes, and alternative versions of songs being added to albums in the future? Will controversial tracks with offensive lyrics be removed when musicians are pressured by activists?

Several albums that I grew up with have been remastered and reissued years after they first became available, and I like being able to flip between multiple versions. You get to hear the nuances of the recording processes that were picked up when the musicians in question actually entered the studio on the original, but if you’re looking for arguably better audio, you can opt for the newer release of the same album.

Personally, I’d like to have the option to choose between versions when I settle into a listening session – but I can see how that might be cumbersome, and how some artists may want control over what’s widely available to the public.

How do you feel about patches for albums? Let us know in the comments.

Read next: This bot tweeting raunchy blockchain fan-fiction should be your next follow