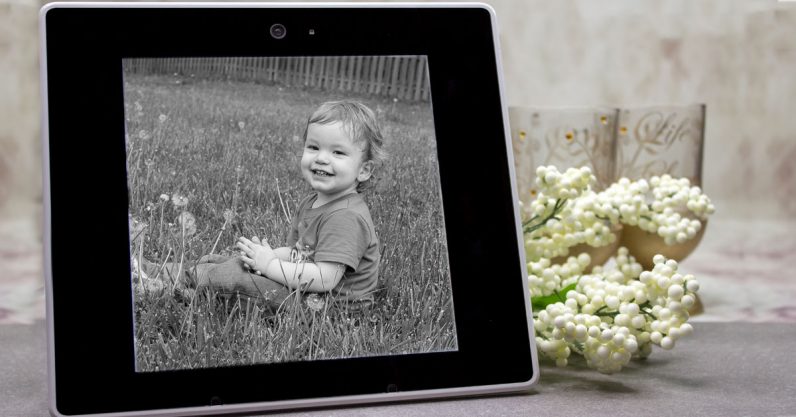 With Father’s Day just around the corner it’s time to get your last minute Amazon orders in. And if your dad is anything like me, he’d love nothing more than to stare at your face all day long. But you’ve both got things to do, so consider this iHoment smart photo frame instead.

It’s one of those devices that tries to do a lot of things at once. It’s a digital picture frame with a 10-inch touchscreen that features voice control and video calling. At first-glance I felt the iHoment was a bit of overkill. But once I got to know the device, I realized it was designed to be a foolproof gadget that nearly anyone can enjoy — its features are implemented incredibly well.

The most important part of this device is the screen, which displays images and video in 1024×768 resolution, on a 10 inch LCD display. Images display wonderfully no matter what format they’re taken in, I was genuinely impressed with the lack of glare and the overall quality of the display itself.

The majority of photos I viewed were taken on a Samsung Galaxy S7 – one of the ancient pre-AI phones – and they look fantastics on the iHoment’s screen. The frame’s software displays images in either full screen or with tastefully-blended bars on the sides or top and bottom.

Since it uses a touchscreen interface, it has only one physical button — it controls power and “standby” features. It has ports for USB, Micro USB, SD card, and the power cord. And on the back of the device there’s a kickstand for display on a horizontal surface and a slot for hanging on a wall. 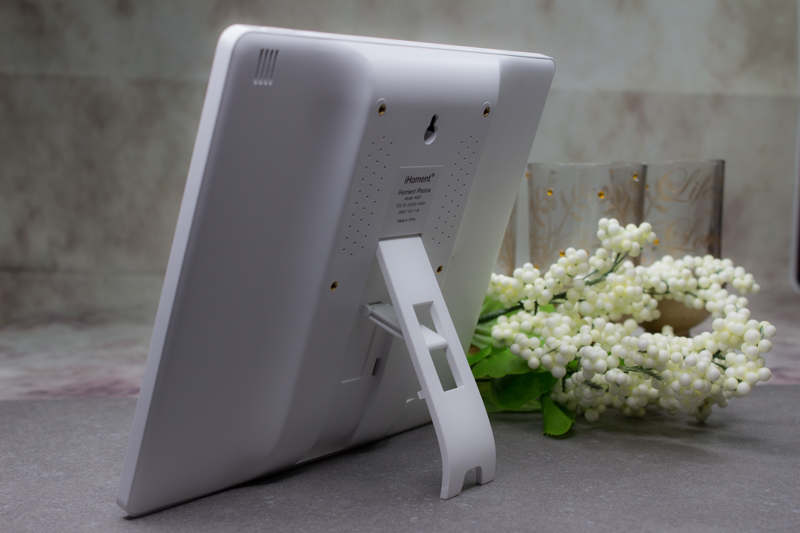 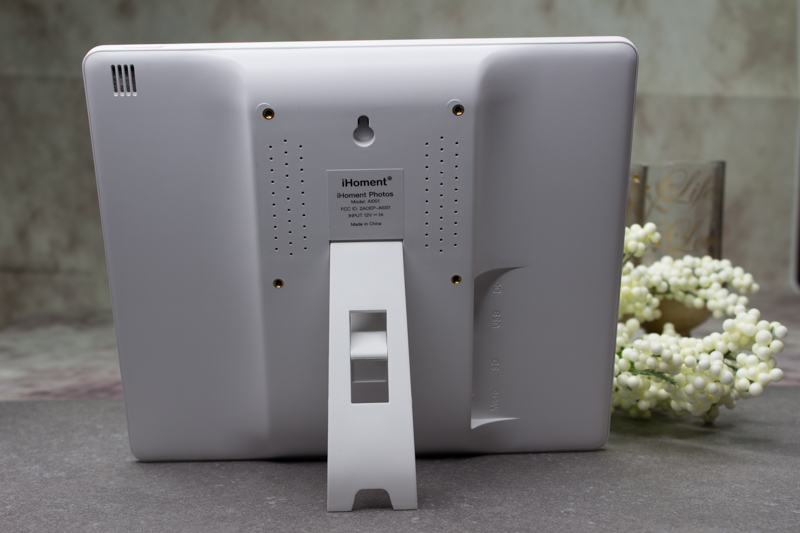 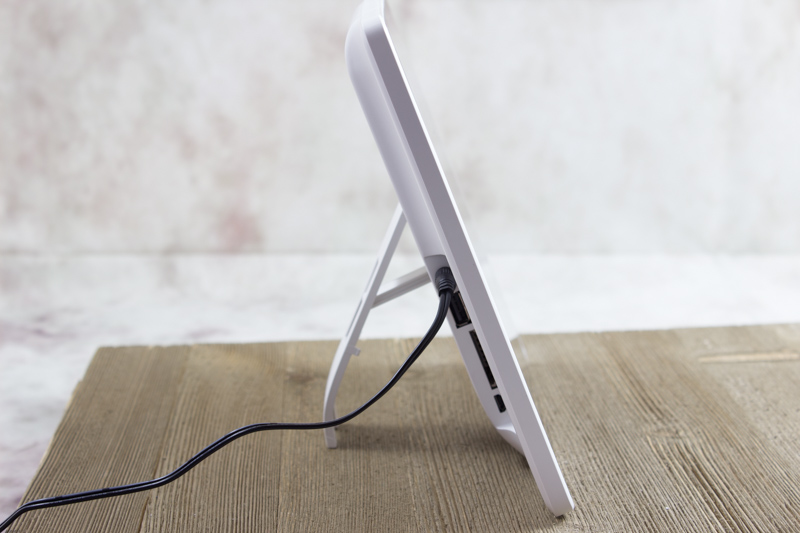 It’s worth pointing out that this device doesn’t have a battery, it actually has to be plugged in to operate. So hanging it up on a wall might not be the most practical option – especially since it does feature video calling, which means you’ll have to consider where the camera is pointing.

It makes a perfect desktop companion for a dad though. If I start missing my family while I’m working, I can ask the frame to show me pictures of my son, or his mother, or even of my pet cat.

It’s a bit silly invoking the name of the frame’s virtual assistant, “Robola,” but you get used to it. You can say “Robola, show me happy photos” and it’ll bring up all the images its AI has dubbed “happy.”

These “smart categories” include time, location, faces, and objects. A picture of palm trees, for example, is automatically tagged as “tree” under the category “things.” It’s not perfect, and I found several photos missing a tag I expected (like “face”), but it did seem to sort each photo into at least one category. The voice search works with any category or tag, and the microphones do a pretty good job of picking up commands made within about 15 feet.

All of this sorting is done automatically. You upload pictures either through the app, via an email, or directly onto the SD card, and the iHoment does the rest.

It’s also incredibly easy to make video calls. If you’re buying this device for someone who finds the idea of operating an iPad too complex, you’re in luck. You can set up contacts ahead of time through an incredibly simple interface, or even add them through an app later. In order to call one of these contacts you simply tap the screen, tap the video camera icon, tap the video camera icon next to the picture of the person you want to call, and wait for them to answer.

The picture quality is great, the sound quality isn’t – but it’s good enough. The built-in speakers are a bit tinny, it’d be nice to have the option of plugging into an external speaker or connecting to one via Bluetooth, but it’s understandable that audio fidelity isn’t the focus of this picture frame.

I didn’t notice any stuttering or lag during my testing, which was surprising, but I tested it with devices on the same WiFi network. Provided your bandwidth can support video chat you should be able to use the video chat feature with any iHoment picture frame or compatible smart phone.

And that brings us to the one thing that limits the appeal of the iHoment frame: the video chat only works with the proprietary iHoment app. If you want to call someone they have to download the app or own a frame of their own. For me, someone who only wants to talk to my fiancee and baby through my desktop’s picture frame, this isn’t a big deal at all. But this isn’t a device that you can use to livestream to Facebook or YouTube.

I’d also like to see integration with other apps. It’s nice that I can upload videos from my Facebook gallery or my phone’s gallery, but I’d love to be able to just tap the share icon and share straight to my frame.

Overall, I really enjoyed having this gadget on my desk. I love that I can video chat with my kid without ever taking my hands off of my keyboard at work. And it’s great that my fiancee can send videos and photos to it throughout the day as she captures amazing moments in our kids’ lives.

The iHoment picture frame is something I’d really appreciate getting on father’s day, especially if it came loaded up with pictures. You can order one on Amazon here, normally $179.99. But the manufacturer is offering the following code for $30 off when you checkout: LYC2NZR3 – it’s good until the end of July.

You can get more information on the iHoment frame at its website.

Read next: Sega wants to crowdfund a Sonic the Hedgehog toaster