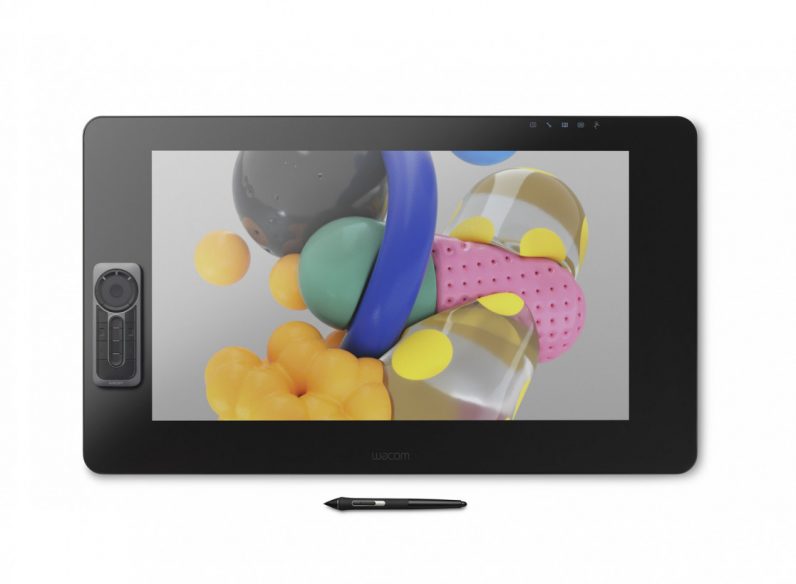 Perhaps more interesting, however, is Wacom’s new Cintiq Pro Engine. It’s basically a mini computer that attaches to the back of your Cintiq to turn it into a all-in-one, semi-portable workstation.

The engine includes Nvidia’s new Quadro P3200, a mobile workstation GPU that is powerful enough to both create and run VR content. I’ve not seen any real benchmarks yet, but based on the specs, it seems to be somewhere between a 1050 Ti and 1060, which should certainly be enough to run current VR content.

I’ve been using Wacom’s MobileStudio Pro for the past couple of months and have seen the benefits to an all-in-one solution. Even though I still have my desktop for my most intensive work, it nice to have a system I can move around as needed as well. I can’t take my desktop with me to a meeting, for instance.

Granted, lugging around a 24-inch display isn’t easy, either – plus, it needs to be wired – but it’s possible. It’ll also just save a lot of space and clutter over a traditional desktop setup.

The new Cintiq will be available in March starting at $1,999. But if 24 inches isn’t big enough, fret not – there’ll be a 32-inch model later this year. You’ll just need a bigger wallet too.