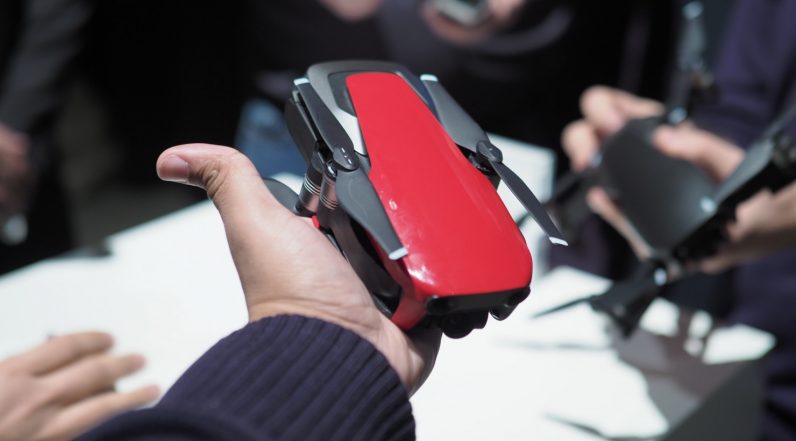 I have a secret to confess: I don’t care all that much about drones. The tech behind them is cool and all, and I appreciate the beautiful images they help create, but I’ve never been particularly tempted to own one. Tech’s favorite flying toys just never really hit that sweet spot of price, practicality, and fun for me to ever seriously consider buying a drone.

That’s why it’s notable that DJI’s Mavic Air is the first drone I might actually want to buy.

At a glance, the Mavic Air seems to be compromise between the entry-level DJI Spark and the more expensive Mavic Pro. The Air sits in the middle in terms of price, size, and weight. But I suspect for many people, it will end up replacing the Pro model altogether. It does most of what you need from the Pro, in a smaller and cheaper chassis. To run down the specs:

While it doesn’t have the Pro’s OcuSync technology or quite its huge range, it covers a large swath of its functionality, and in some cases surpasses it, like higher resolution on 120fps video and the slightly faster max speed.

Then there are the considerations for drone noobs like me. A new feature called Advanced Pilot Assistance Systems helps the drone not just stop itself before colliding with an object, but actually automatically fly over or around them it possible. And while the improved gesture control (compared to the Spark), may be a bit of a gimmick, it will make you feel like you can use the Force. And like DJI’s earlier drones, there are a variety of preset flight patterns to help you get those cinematic shots without being an expert pilot.

Combine that functionality with supreme portability – the folding propellers make it small enough to fit in a jacket’s pocket – and it’s a drone I can actually see myself wanting to regularly bring on trips. Not just to occasionally epic shots, but as a regular part of my photography arsenal.

Of course, we’ll have to spend more time with the Mavic Air before we make any real conclusions, but at $799, it looks like plenty of drone for most people.

Read next: Apple's HomePod sales copy is so bad I bought a Google Home Max