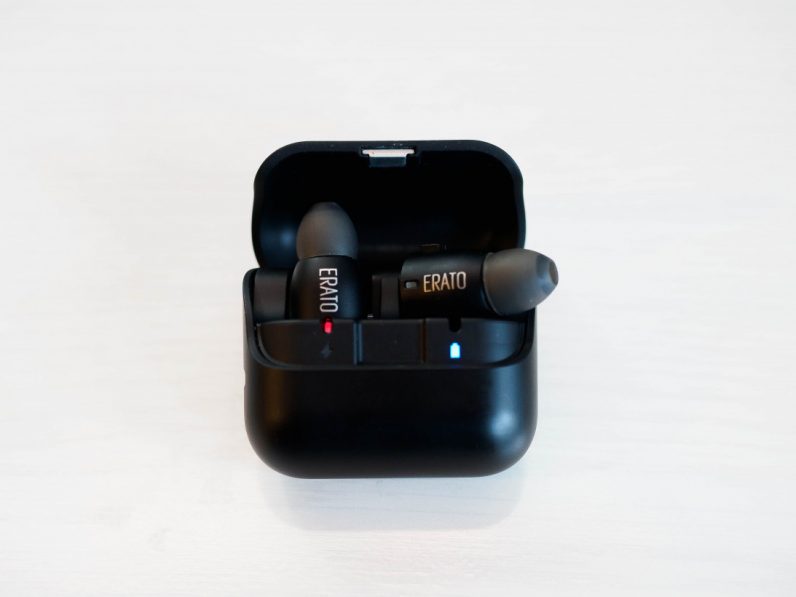 Truly wireless earbuds have exploded in popularity since Apple’s AirPods came to market. While none quite matches Cupertino on simplicity and accessibility, some competitors have taken to pummeling Apple in the sound quality department. The Erato Verse are one such contender.

I’ve been using the Verse for several weeks, and they’re currently my favorite option in the ever-growing category – in fact, some of the best in-ear monitors I’ve used recently at their $150 price point.

Firstly, they’re smartly designed. They use SpinFit eartips, which are probably the best silicone eartips around as they can rotate and bend to fit your ear canal easily. The buds are super light and rest snugly in my ears even during intesnse workouts (they’re IPX5 sweat/water resistant by the way).

They provide seriously impressive passive isolation – better than the vast majority of active noise-cancelling headphones I’ve tried. The large barrels might be a be a bit tricky if you have smaller ears, but I suspect most people won’t have trouble.

They’re rated for 3 hours of battery life for music, which is less than the competition, but at least I found the claims to be right on the money. They also come in a small carrying case which provides four full charges, which amounts to 15 hours of battery total. Not the best headphones for a long flight, but I’ve never had them die on me in a regular day of use since they recharge quickly in the case. I just wish the case used USB-C instead of Micro USB. *Sighs*

All that being said, my favorite thing about their design is rather basic: they feature a full set of playback controls. On most truly wireless earbuds I’ve tried, you give up on direct access to either volume or track skipping, having to rely on voice commands for such tasks. Erato cleverly uses the single button on each bud to let you access a full suite of controls. Just about the only thing you can’t do is invoke a voice assistant while listening to audio – you need to pause first – but that’s a relatively small sacrifice.

The connection between buds appears to be rock solid too. It’s worth noting my first review unit appears to have been defective and would infuriatingly drop out every couple of minutes, but that seems to have been an early-batch defect. My second unit has only dropped for less than a second a handful of times in weeks of listening, which is better than what I can say for many others.

The Verse are one of a growing number of headphones using graphene drivers – yeah, that extremely strong carbon material. Those speakers, along with some tasteful tuning, leads to deep, impactful bass and refreshingly transparent mids and highs, with no discernible distortion to my ear. There’s a better sense of dynamics than usual, which leads to a rather enveloping soundstage for IEMs.

There are some quirks though. By default, the headphones use the AAC codec sounds great, but isn’t compatible with every Android phone. Oreo introduces native support for AAC, but if your phone isn’t compatible, it will default to SBC. Thankfully, it’s one of the rare Bluetooth headphones that still sound good with SBC, but you might hear additional compression artifacts if you’re really sensitive to that kind of thing.

However, there’s a rather dramatic difference in maximum volume between the two modes, as tested by switching between them on Pixel 2 XL. Unfortunately, max volume is a *little* lower than I’d like when using AAC. It’s fine for most music – especially given the great isolation – but it can be a bit soft on quieter tracks or in music with large volume dynamics. SBC is a whole lot louder, but you’ll have a slight trade-off in sound quality.

Quirks aside, the Erato Verse are well worth their price for $149. The competition is always getting stiffer as this category of headphones grow, but right now, the Verse are some of the best sounding truly wireless earbuds you can buy with controls that won’t make you want to bang your head against a wall.