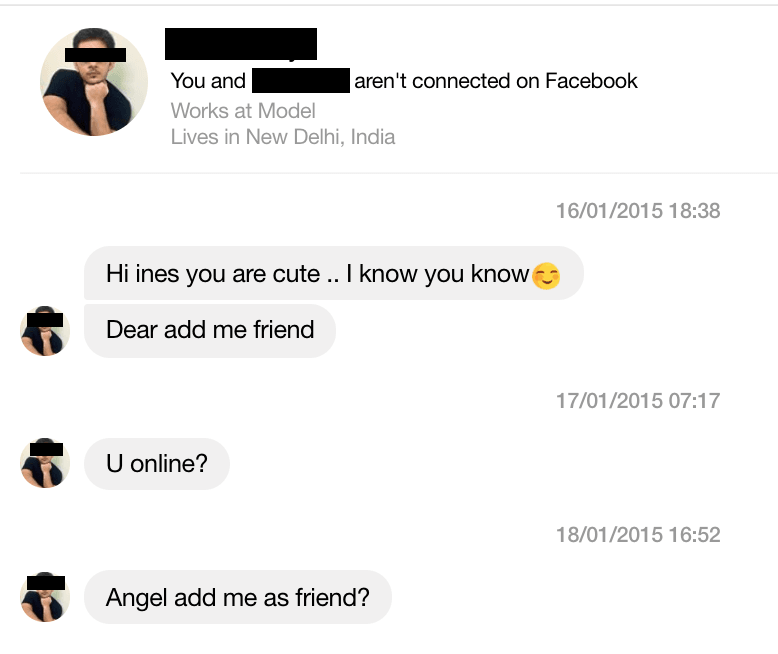 If you’re a woman, you’ve probably received messages from men on Facebook, Twitter or Instagram pointing out your superior beauty and striking features, to say the least.

Sadly, it’s something most of us encounter regularly if we have a social media account – whether we’re 12 or 76.

You’re probably asking yourself: “What’s wrong with being told you’re pretty?” The thing is, there’s a fine line between giving a compliment and harassment. It becomes disturbing when you open your phone and find messages from strange men asking you to “come over to their house” and “be their baby”. It’s invasive. It’s disgusting.

At first, this kind of so-called “flirting” was limited to Messenger, where creepy men would find your Facebook profile and think to tell you how gorgeous you are, or even delight you with unrequested images.

As if that wasn’t enough, the problem exists on sites geared towards professionals as well. Today, Twitter user Kendra (@kndrcat) shared her experience first hand for any decent person to sigh at the sight of yet another creep: 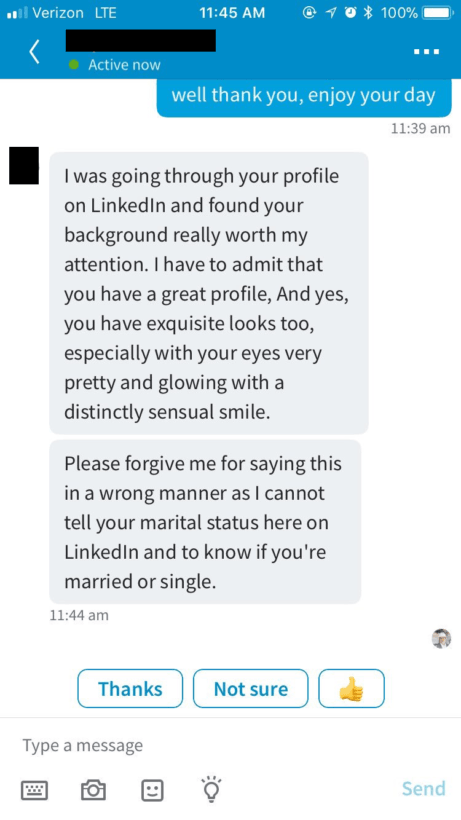 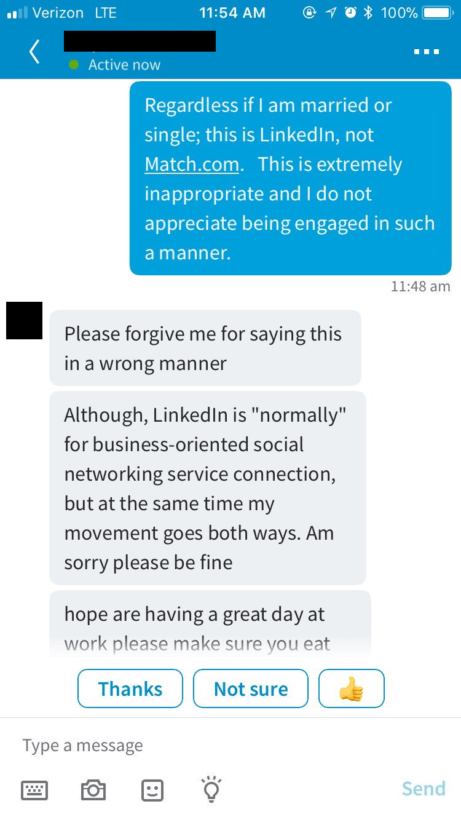 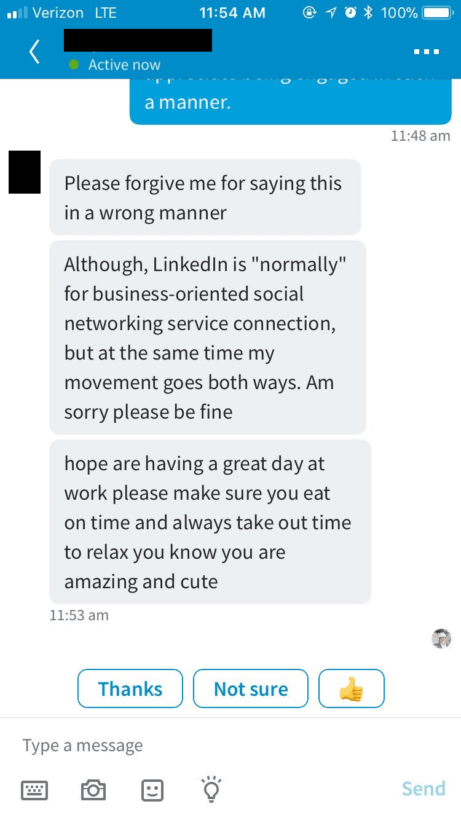 This wasn’t the first time she’d gotten these kind of messages.

Most of them have been on LI (LinkedIn). I have had LI connections that I only know online seek me out on other social media platforms. Most of them don’t understand why I’m not overjoyed because they call me pretty or beautiful…in the midst of connecting for business reasons.

I have two thoughts on this, first of all, let me just clarify: no ones cares whether or not you think we have a “distinctively sensual smile.” LinkedIn is a place where women should feel safe in the company of professionals not preyed upon by people who’d be better served on Ashley Madison.

Second — men, man, stranger on the internet: if I had any interest in talking to you, marrying you, or receiving your compliments, I would’ve downloaded Tinder. There’s a time and place for picking up strangers on the internet, and frankly, LinkedIn is not one of them.

The internet has become a place where we share a huge part of our identity. We post pictures, thoughts and even exchange conversations with friends. In addition, most of this is public. We can make our profiles private and block people from sending us messages, but why should we have to do that? Just because we’re women?

The Data & Society Research Institute found last year that as a result of this undesired contact, 27% of all American internet users self-censor their online postings out of fear of online harassment and 41% of women ages 15 to 29 self-censor.

The internet should be a safe space for everyone, and that includes girls and women.

Apart from getting uncalled-for compliments online, we also have to deal with inappropriate images coming up when we least expect it. Pew Research Center conducted an investigation on online harassment earlier this year and found that:

Roughly half (53%) of young women ages 18 to 29 say that someone has sent them explicit images they did not ask for.

21% of women ages 18 to 29 report being sexually harassed online, a figure that is more than double the share among men in the same age group (9%).

The constant barrage of creepy men who have no respect for boundaries is a problem many women have to put up with, often with no form of recourse.

Read next: Viral videos will give you up, let you down (but memes won’t)