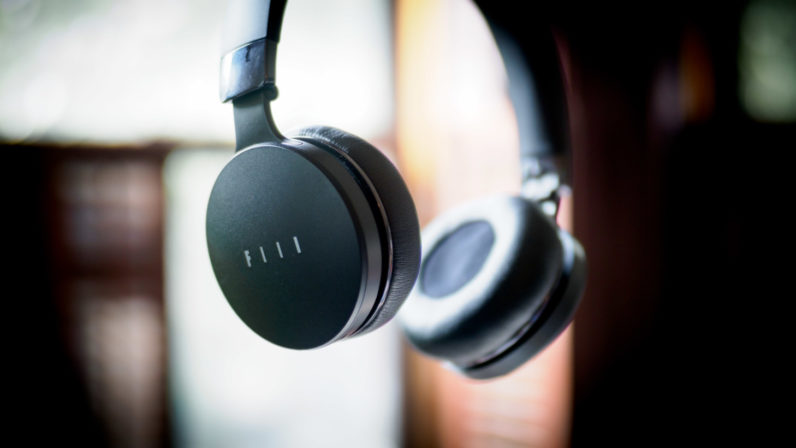 With all the companies making headphones in the world, you probably haven’t heard of FIIL Audio (pronounced ‘fill’) if you live in the west. That could change soon. The company has been referred to as the ‘Beats of China,’ and I recently had a chance to listen to its $250 FIIL Canviis headphones. If the Canviis is a sign of what’s to come as the company begins investing in the US market, it’s off to a good start.

Like Beats, FIIL was founded by a popular musician, Wang Feng, and has made a name for itself by trying to get its headphones on the heads of celebrities. But while Beats is often lambasted in the audio community for emphasizing marketing and design over, you know, actually sounding good, Canviis wants to prove headphones aimed at the mainstream can satisfy the audiophiles too.

To be fair, Beats headphones have improved significantly in the last few years, but I generally haven’t found them very competitive in their price range. The FIIL Canviis seem directly aimed at the Beats Solo3, and comparing them directly, the Canviis seem the clear winner.

The headphones are some of the most comfortable on-ears I’ve worn, with soft pleather earcups that angle to match your ears. While the black pair I tested weren’t remarkably pretty, they feel well-built and I certainly have no qualms wearing them out and about. The most interesting aesthetic detail is the light up logo, which is either cool or annoying. Thankfully, it’s totally optional.

The headphones fold in on themselves for transport, I just wish the earcups folded flat for when wearing them around my neck, too.

Sound quality was on the whole, very good. The FIIL land on the ‘fun, but not exaggerated’ side of the sound sound spectrum. In this case that seems to just mean mild bass boost with solid treble presence that never gets too harsh. The headphones support the AptX codec for high quality Bluetooth compression, and the soundstage is fairly wide for closed-back on-ear headphones too. I also appreciate that they get quite loud – too many Bluetooth headphones limit volume to save battery.

Speaking of battery, one of the best things about the Canviis is their longevity; they have some of the best battery life I’ve seen on a wireless headphone. FIIL rates them at 33 hours, and while I didn’t time them precisely, they lasted a full week of using them at the gym and many a dog walk before I needed to recharge. If they do die, FIIL says a 5 minute charge gives you nearly 3.6 hours of battery life – which anecdotally, I found to be accurate – and you can always use the included 3.5mm headphone cable. You know, assuming you don’t have an iPhone or something.

The Canviis pack a few convenient, if not totally unique features. You can control playback using touch gestures on the right earcups, for instance. While not as polished as the ones on some other headphones I’ve used, it gets the job done. You have to use the Bluetooth button to play and pause though, which is a bit of a weird dichotomy. I do like how they stop playing music automatically when you take them off, and resume when you put them back on.

Noise cancelling is on board and it works very well, easily drowning out my A/C during warm summer days without degrading the sound quality too much.

Interestingly, there are a couple of other ambient modes too:

I didn’t notice much, if any, degradation in music quality except with windy mode, and even then it was fairly minimal. That’s a frequent downside to noise cancelling headphones I’m happy to report aren’t present here.

Lastly, there’s an actually-useful FIIL app which lets you control a few features and easily access the instruction manual. You can pick from three rudimentary equalizer settings (Bass, Treble, and Original) or activate 3D sound effects. I preferred leaving the headphones on Treble, which led to a more balanced sound with sparkling highs, but all the 3D effects noticeably color the sound for the worse. Those are best left ignored if listening to music, though they’re passable for making a movies or TV shows more immersive.

A few caveats aside, the Canviis are solid all-rounders that combine minimal looks with excellent sound quality. At $250, they’re entering a crowded market without too much to stand out on their own, but you certainly won’t be disappointed with the purchase either. FIIL will have more trouble in the US without the same backing from celebrities and prominent figures it had in China, but it might just do fine by its own merits.

Read next: Nest's new smart cameras steal the show at its live event