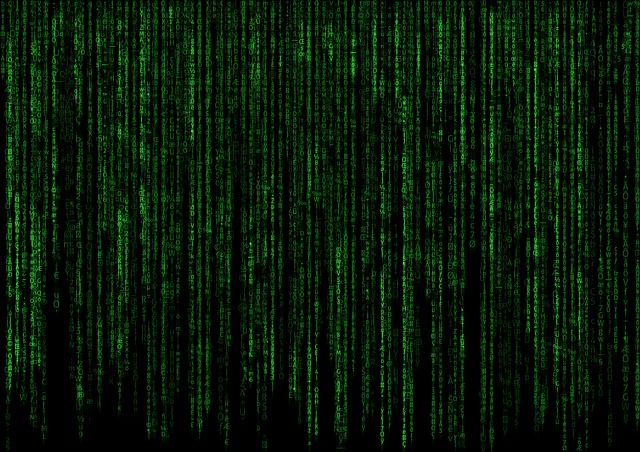 When it was first conceived in 2009, Bitcoin’s creators probably did not have an inkling of how this nascent technology would potentially change the world. Back then, it was meant as a fully decentralized cryptocurrency that would not be under the authority of any government or regulatory body.

Blockchain technology has since undergone leaps and bounds, and you may already be familiar with the multitude of blockchains that address different sectors and industries — from finance to legal, to real estate, and beyond. Blockchains have also evolved from simply offering financial transactions to also supporting smart contracts, which is the main feature of technologies like Ethereum.

In short, Ethereum is a blockchain technology that offers additional benefits over simply being a cryptocurrency like Bitcoin. It gives developers the ability to build smart contracts that are publicly auditable and self-executing once certain conditions are met.

Here’s a real world scenario, where a bank can use smart contracts in trading derivatives:

You might be interested to know that public blockchains now have a total market capitalization of over $135 billion, and this excludes the multitude of private blockchain deployments!

Since last year, we have also seen the emergence of new asset classes that are blockchain-powered, exchange-traded fund tokens, and precious-metal backed tokens and derivatives, among others. In short, there’s no limit to what blockchain technologies can support.

If you’re still wondering about the potential of blockchains in dollar terms, the World Economic Forum predicts that 10 percent of the world’s GDP will be stored with blockchain tech in 10 years’ time — representing a $7.8 trillion value in today’s prices.

That’s pretty exciting stuff, I have to say. Step into the future.

There are still challenges that need to be overcome by startups, regulatory sectors, and users. For one, there are the technical limitations that can potentially hinder us from maximizing blockchains.

For instance, while you might think that the current proof-of-work (POW) consensus mechanism used by Bitcoin and Ethereum is a benefit, it actually comes with a cost. There is an issue with the lack of finality.

Bitcoin transactions are final, you say? Not really. The protocol favors availability over finality — this means forks and lone blocks are a possibility, and we have previously observed how Bitcoin projects tend to “fork” whenever there are serious security concerns or when developers have disagreements regarding the standard.

POW is also very energy-intensive, which means nodes spend a lot of money on electrical bills.

Ethereum also other disadvantages, to wit:

Blockchains are the future, right?

You will be glad to know that blockchains are evolving. In a bid to address these limitations and also evolve the nature of blockchain technology, NEO, which is China’s first original blockchain project, announced the launch of its NEO Smart Contract System 2.0, earlier this month. This also comes along with a re-branding effort from its former identity as Antshares.

Evolving the blockchain with digital identity

The aim is to ultimately support and build a smart economy backed by blockchain technology. While a good number of fintech companies are capitalizing on smart contracts through the Ethereum blockchain, Da Hongfei, co-founder and CEO of NEO, says its technology shows better promise in terms of high certainty, high scalability, and better compatibility across applications.

I had a conversation with Hongfei to discuss the three areas where NEO is addressing the limitations of other blockchain tech:

NEO supports faster development and deployment of smart contracts and projects, as it enables developers to build on programming languages already familiar with them. “We provide various advanced languages in the form of compiler,” says Da Hongfei. “Besides .Net and Java, we will support Python and Go in the future which can cover more than 90 percent of developers. Compared with Ethereum, development has more smooth learning curve and shorter learning circle, allowing for fast introduction of projects on NEO.”

Digital identity and integration with the “real” economy

Developers of Bitcoin and Ethereum have highlighted anonymity as one of their platforms’ main features. However, this comes with an inherent disadvantage, which is the integrity of transactions. NEO addresses this by adding digital identity to its capabilities.

With its origins in China, observers believe that this particular feature is beneficial in wider adoption of the technology in the country. Moreover, NEO is said to have the support of regulatory agencies and the business community in general. Beyond China, the main potential is in how NEO can better integrate with real-world applications, particularly those that require confirmation of identity, such as smart contracts.

“NEO aims to integrate itself better with the real economy. Only with the introduction of digital identity can we map offchain assets in a complaint manner,” says Da Hongfei.

The numerous security issues that have plagued Bitcoin and Ethereum have led to multiple forks in their blockchain systems, which also necessitated other workarounds to de-bloat the blockchain and fend off DDoS and spam attacks. In addition, the proof-of-work consensus algorithm is very energy-intensive, which is a limiting factor for startups that deal with Ethereum-based smart contracts.

In contrast, NEO uses a delegated Byzantine Fault Tolerance (dBFT) consensus mechanism, which ensures finality of transactions and which supports more transactions at any given time.

“dBFT ensures finality, with availability compromised.” Da Hongfei describes the comparison. However, he says that for purposes of smart contracts, this is more essential than availability.

“POW has strong availability, but it also has a big disadvantage, because it cannot ensure finality. Forks and lone blocks will occur easily. dBFT ensures finality, which means that once a transaction is confirmed by a block, it is confirmed permanently without being rolled back or revoked. In our point of view, finality is far more important than availability in an important financial system. And in practice, dBFT has been running for more than one year without serious network crash.”

What is the future for blockchain tech?

NEO is positioning itself, (alongside Ethereum), at the forefront of blockchain tech with its innate support for digital identity-backed smart contracts, ability to communicate with other blockchain through a cross-chain protocol, quantum resistant cryptography, distributed storage protocol and secure communication protocol. The aim is to build a globalized smart economy, wherein the trust factor between participants is enhanced through digital identity.

Still, Da Hongfei argues that a lot can still happen in blockchain tech, which is particularly exciting for both developers and users who can all stand to gain from the benefits. “Blockchain is still a quickly developing frontier,” he says, adding that NEO will continue to work closely with “developers, our community and even the institutions with whom we work.”

Read next: How blockchain solves the complicated data-ownership problem