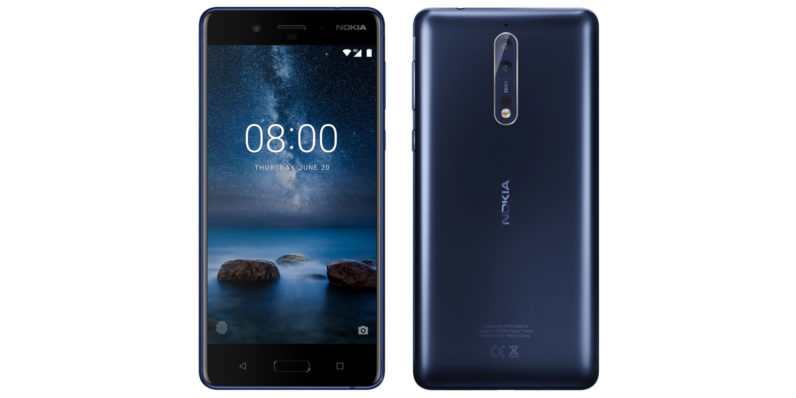 After months of rumors and speculation, the first clear image of the Nokia 8 has leaked, courtesy of VentureBeat.

It looks… okay, I guess.

Don’t get me wrong. Spec-wise, the device appears to to be right up there with the current flagship pantheon. Leaked benchmarks suggest t it will have a 5.3-inch QHD screen, a Snapdragon 835, and 4 or 6 GB of RAM. It also features a pair of rear cameras with Zeiss lenses and what appears to be unibody metal construction, corroborating an earlier leak.

What interests me about this video [https://t.co/eSzd0XHvrt] is that it shows 4 smartphones, but Nokia only sells 3 (none w dual lens). pic.twitter.com/RKStSoSgM5

But unless there’s some real special software we haven’t head about, nothing about it particularly stands out. The design seems generic by 2017 standards, with chunky bezels and the usual rounded metal shape. If the device were meant to compete in the sub-$500 range, that would be understandable, but it seems unlikely – a Scandinavian retailer accidentally listed the device for €589 (about $675).

For a brand that carries so much weight, I was hoping for something a little more daring. The Nokia Lumia series may have slopped, but their designs at least stood out. The Nokia 8 is rumored to be announced on July 31; hopefully there’s a Nokia 10 on the way to truly wow us.