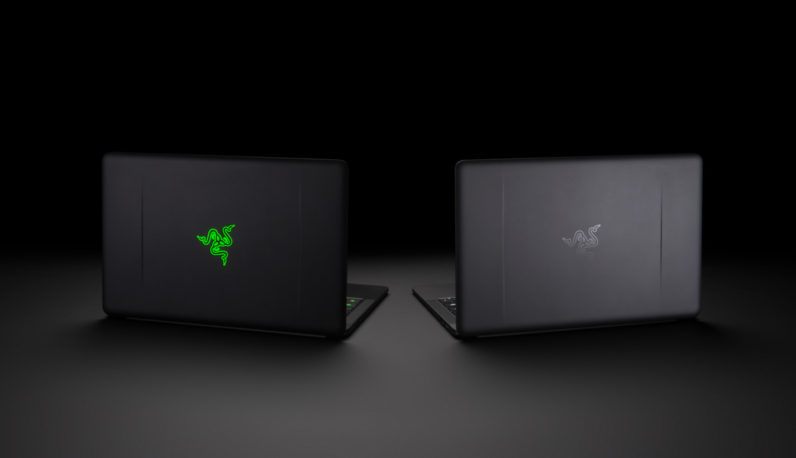 Razer’s Blade laptops have always been classier than the typical gaming fare, but the green accents and RGB lights still weren’t everyone’s cup of tea. Fret no more: Razer now has an honest-to-goodness professional-looking laptop in the latest update to the Blade Stealth, while also addressing some of the biggest pain points with the previous models.

I suspect the new Gunmetal color is going to work wonders for getting people to consider the Blade Stealth over Dell, HP, or Microsoft’s offerings. It looks quite sleek, doing away with the neon green USB ports and logo in favor of dark grey. While I still don’t like Razer’s logo, the metal-on-metal look looks infinitely classier than the l33t h4x0rz glowing-green-on-pitch black of its predecessors.

The keyboard is also plain white instead of RGB, which is a bit more of a questionable decision. You could always just turn the keyboard white if you preferred it in Razer’s Chroma software; it could have been a nice differentiator from the competition. Still, I imagine not too many people will mind.

Colors and finishes aside, Razer default display option shaves down the bezels to increase the screen size from 12.5-inches to 13.3-inches without making the chassis larger. It’s boasting more impressive numbers too, with a QHD+ (3200 x 1800) resolution – more than you need at this size – with 100 percent sRGB coverage and 400 nit brightness.

The 4K option with 100 percent Adobe RGB coverage is still there for those who need it, but it’s still the same bezeltastic 12.5-inch option. I imagine almost everyone will stick 13.3-inch option, especially considering it provides nine hours as opposed to seven, despite the size increase.

Speaking of battery, Razer’s now selling a USB-C power bank that can give you “up to 15 hours” of battery life, while also serving as a USB hub providing two USB-A ports and one USB-C. These ports are equipped with Qualcomm 3.0 too, so they can charge your phone in a jiffy.

The laptop also now comes with 16 GB standard (instead of 8GB) on nearly every configuration, in addition to its Core i7 (7500U) processor. With 256 GB of NVMe SSD storage as well, it makes the laptop highly competitive at its $1399 starting price.

For comparison, a Surface Laptop with the same core specs would cost you $1,599. A Dell XPS, $1,799. And a MacBook Pro $2,000. Each of those offer its own advantages – all of them claim longer battery than the Stealth, for instance – but it’s hard not to be impressed with Razer’s pricing on the whole.

All that being said, there is a limited-run Core i5 configuration that costs just $899 and features 8GB of RAM and 128GB of storage. This one’s aimed squarely at the back-to school crowd, but the i7 models sound like a better deal if you can afford it. If you want to get your hands on one, the laptop is on sale now on Razer’s website.