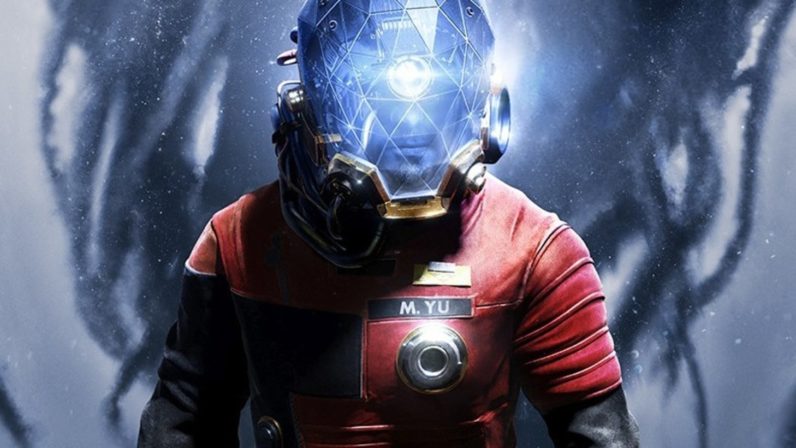 2017 will go down in history as The-Year-With-The-Good-Video-Games and I’m happy to inform you that Arkane Studios’ Prey (2017) is another of those.

The people who brought you Dishonored in 2012 are back with Prey – a game that has nothing to do with its Wikipedia, but is more like a BioShock-in-Space. Prey is a nerve-racking first-person sci-fi thriller set on an deserted space station, overrun by shape-shifting aliens.

The game takes place in an alternate history and is set on Talos-1, a research facility created in the sixties by the United States and the Soviet Union after cosmonauts discover (and are subsequently killed by) an alien race dubbed the Typhon.

Initially Talos-1 (or Kletka, as it was once called) was built to study the aliens, but an incident in 1980 causes the Typhon to take the upper hand, killing scientists aboard the space station and eventually leading to the abandonment of the station.

The US takes a renewed interest in Talos-1 in 2025 and refits the station in order to take another stab at harnessing the powers that the Typhon hold. Obviously this all goes horribly wrong because no one ever learns from their mistakes, apparently.

You play the role of Morgan Yu, an anti-hero scientist who has the unfortunate luck of waking up on Talos-1 after the aliens break out. You start out with nothing more than a rusty old wrench to defend yourself against the Typhon-threat. Strapped for resources, you’ll have to scavenge and explore your way to survival, checking every nook and cranny for weapons and supplies.

Anyone who’s ever played a game like System Shock, BioShock or Deus Ex will feel right at home with Prey. Simply put: it’s one of those games. There’s a (basic) crafting system, there’s an extensive skill tree, there’s terminals to read and keycards to find. Prey offers an almost unprecedented freedom by facilitating almost every play style imaginable. Whether you go for brute force, stealth or hacking – all of them are valid tactics that are rewarding in their own unique ways.

Prey lends itself perfectly for experimentation and almost every challenge has multiple solutions. You’re free to avoid combat situations by going stealth or you can go in guns blazing. You can hack your way around the space station or you can go hunt for keycards to open doors. Every strategy is valid and rewarding in its own way, which is what ultimately what makes Prey so good.

Prey takes a while to get going. Initially you’ll find yourself frustrated by the overwhelming alien threat and possibly unfazed by the game’s generic premise. A couple of hours in the game opens up, reveals its nuances and gives you the tools to deal with its challenges. That’s when Prey starts to click and that’s when you realise this game has way more going on than it initially reveals.

The amount of freedom Prey offers is hard to describe without spoiling the game’s later mechanics, but let’s just say that people already found tons of interesting ways to tackle the its challenges. The speedrun record is currently set at a meagre 6 minutes and the internet is already filled with gifs of people doing some positively stupid shit with the game’s mechanics.

Having finished Prey I found myself immediately wanting to jump back in to twist its knobs and push its boundaries some more. I can’t wait to see the cool stuff people manage to do with these mechanics in the future and the promise of an obscure ‘subversive way’ to finish the game that might take months to uncover left me wondering ever since I saw this tweet by one of the developers.

It might take weeks or months for someone to try playing Prey in a particular subversive way we planned for and service.

Read next: Apple might show off 3 updated MacBooks next month