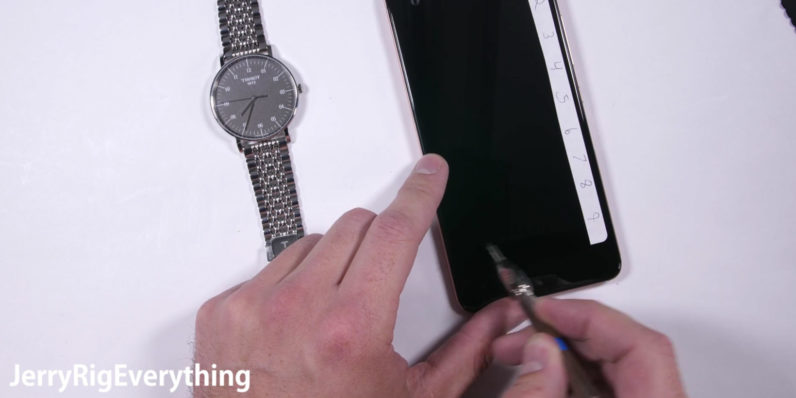 Apple has been trying to make an iPhone with a Sapphire screen for a long time. They are more durable against scratches than glass – they can pretty much only be scratched by diamonds or other gems of similar hardness – but are more brittle and notoriously hard to produce. In fact, it tried so hard that the supplier it chose to create them went bankrupt.

It seemed all hope of a sapphire screen had died, and then HTC announced a special edition of its new U Ultra phone featuring the fancy material. It’s more expensive than the regular edition, but that makes sense, given the aforementioned difficulties involved.

Of course, the proof is in the pudding, so YouTuber JerryRigEverything set out to compare the sapphire panel against a watch that uses that same material, as well as a screen protector that is ‘infused’ with sapphire:

Thankfully, the U Ultra stays true to its claim, resisting more scratches than any phone previously tested on the channel, and matching up to the luxury watch. While Gorilla-glass phones all start scratching around a level 6 on the Mohs scale of hardness, the sapphire screen survives completely unscathed until level 8. That means that pretty much the only way you’re going to scratch that display is if you’re frequently carry rubies, sapphires, and diamonds in your pocket.

As for the screen protector, well, just watch the video.

It’s worth noting that scratch protection does not necessarily translate to drop protection. While the special edition U Ultra will handle scratches without a problem, chances are the screen would break just as quickly as a glass one, if not quicker. Still, if HTC can do it, there might just be hope for a sapphire-screen iPhone (or other Android devices) after all.