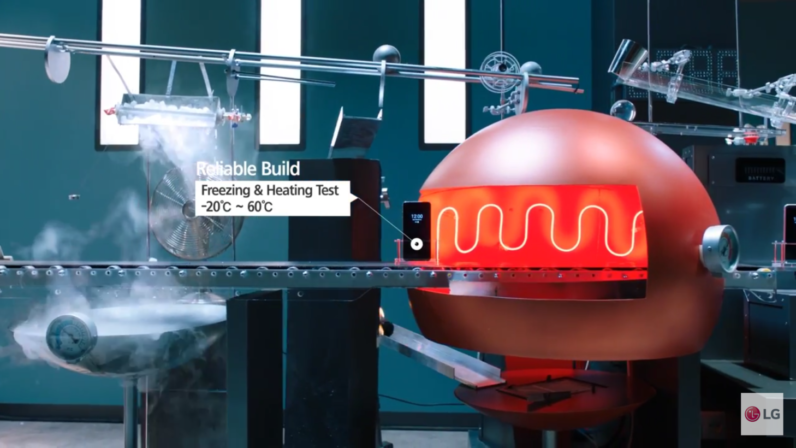 I was disappointed with LG’s first TV ad for the G6, as it did a poor job of showing of some its best features – the durable build in particular. Thankfully, the newest ad for phone is both informative and clever.

Basically, LG built a giant, elaborate Rube Goldberg machine that ticks off the G6’s features one by one, from the water-proofing, to military standard drop resistance to the great HDR display. It’s worth noting the drop resistance won’t be totally helpful if the phone lands flat on its screen though – the Moto Z Force is still the only flagship with a screen that is pretty much unbreakable.

The ad above features a few cuts, but to reassure us that the machine does, in fact, work all the way through, LG has also has a one-take version of the video:

The G6 is going to have an uphill battle, considering the Samsung Galaxy S8 takes some of its best features – like the tiny bezels and long aspect ratio – and one-ups them, but by highlighting its real advantages over Samsung, the company stands a fighting chance. At the very least, it’s made up for the mess that was the G5.

Read next: Scientists crack the secret to teleportation ... of lemonade