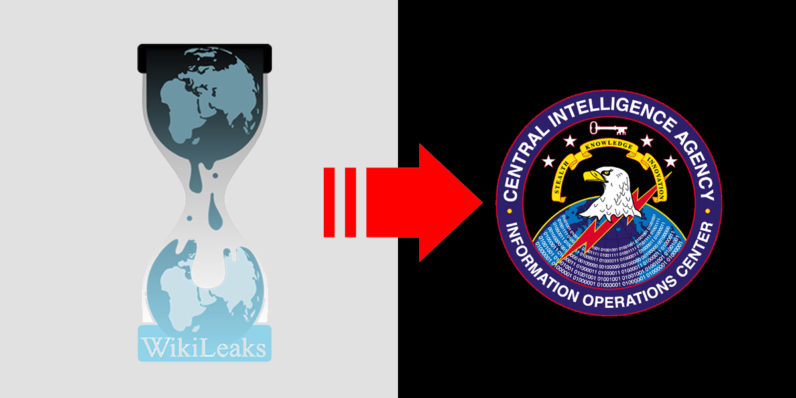 Wikileaks has released a massive stash of confidential documents in what could be the biggest ever leak involving the Central Intelligence Agency (CIA).

The leak marks the very first installment of the Wikileaks’ latest series code-named Vault 7 in which the whistleblowing platform focuses on the CIA’s internal covert operations, including spying protocols and hacking practices.

Leader Julian Assange was scheduled to unveil the leak today in a press conference announced earlier yesterday. The presentation, however, was rescheduled following attacks on Assange’s Facebook and Periscope video streams.

NOTICE: As Mr. Assange's Perscipe+Facebook video stream links are under attack his video press conference will be rescheduled.

The unexpected issues with Assange’s livestream did little to throw the whistleblowing platform off track though. The organization proceeded to act according to its contingency plan, unleashing the massive leaked collection – allegedly containing over 8,700 confidential documents – despite the cancelled press conference.

The first chunk of leaks gives us an insider view on the CIA’s purported global hacking force and cyber interception tactics.

Here’s what the press release states:

The first full part of the series, “Year Zero”, comprises 8,761 documents and files from an isolated, high-security network situated inside the CIA’s Center for Cyber Intelligence in Langley, Virgina. It follows an introductory disclosure last month of CIA targeting French political parties and candidates in the lead up to the 2012 presidential election.

Recently, the CIA lost control of the majority of its hacking arsenal including malware, viruses, trojans, weaponized “zero day” exploits, malware remote control systems and associated documentation. This extraordinary collection, which amounts to more than several hundred million lines of code, gives its possessor the entire hacking capacity of the CIA.

“Year Zero” introduces the scope and direction of the CIA’s global covert hacking program, its malware arsenal and dozens of “zero day” weaponized exploits against a wide range of U.S. and European company products, include Apple’s iPhone, Google’s Android and Microsoft’s Windows and even Samsung TVs, which are turned into covert microphones.

In addition to documents revealing the techniques the CIA employs to control and exfiltrate data from smartphones and other mobile devices, the leaks also seem to suggest the agency has developed potentially lethal technologies allowing for remote control of vehicles like cars and trucks.

To give you a better idea of the sheer volume of leaked documents, the total number of pages published in Vault 7 already surpasses the first three years of the Edward Snowden NSA leaks.

The series covers information obtained in the period between 2013 and 2016, with part one focusing on more recent events. Details on precisely what time frame the remaining parts focus on will be released when the rest of the leaks make its way to the platform.

The whistleblowing publication makes no mention of how it got its hands on the documents – but this is hardly surprising.

Bear in mind that all claims made by Wikileaks in the documentation are yet to be vetted by experts and other third-parties.

Erratum: This piece initially wrongly stated that the leaks contained documents suggesting the CIA is in possession of remote hacking tools for airborne vehicles as well as medical tech.

While the leaks do indeed indicate the agency has developed tools for remote hacking of land-based vehicles, we have so far been unable to find any further evidence to suggest the CIA has any devices capable of remotely controlling aircrafts and medical tech beyond the initial flurry of unverified tweets.