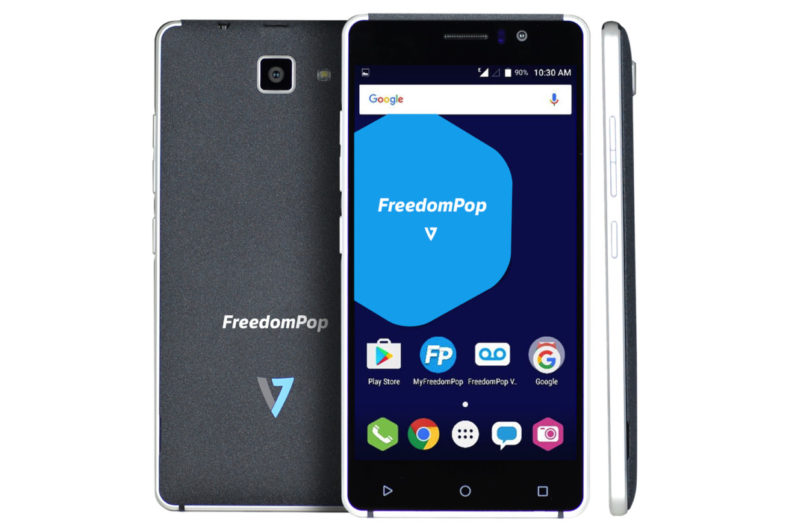 The economics of MVNOs are pretty simple. A virtual provider will piggyback off a ‘real’ provider’s infrastructure, offering cut-price network access. There are usually some caveats (data speeds, for example, are often slower) but it’s generally a good deal.

FreedomPop has tread a different path. It offers a basic mobile package for free. In the US, for example, it offers 500 texts, 200 minutes, and 500MB of mobile data, completely gratis. The LA-based company also offers similarly generous packages in several European markets, including Spain, the UK, and Mexico.

Should your limited allowances run out, you are given the opportunity to pay to upgrade them. It’s for this reason why one-time TNW reporter Mic Wright described the service as “the Ryanair of mobile networks,” although I think a comparison to Farmville would be more apt, as airlines don’t typically operate on a freemium model.

Perhaps as a sign of things to come, FreedomPop has announced its first ever own-brand smartphone.

The FreedomPop V7 costs just £59 (roughly $72), and is launching today in the U.K. and Spain. Specs wise, it doesn’t overwhelm, although you wouldn’t expect it to for its price. It boasts:

FreedomPop’s previous flirtations with the hardware side of the mobile business include selling refurbished and pre-owned Android and iOS devices. But by launching its own branded device, the company signals that it intends to change course.

It also intends to ship the FreedomPop V7 with one of its own SIM cards. This effectively means that if you’re a light user, you can spend £59 for a cell phone, and get the service for free indefinitely.

Furthermore, the FreedomPop V7 ships unlocked, allowing you to use SIM cards from any other network.

Although, as Paul Sawers from VentureBeat points out, it’s a good idea to leave the FreedomPop SIM card in place if you’re an enthusiastic Whatsapp user, as the company has zero-rated the popular chat service in Spain and the US. This means that if you’re in those countries, you won’t have to pay to use it.

Read next: Wikileaks unleashes 'Vault 7' series, the largest ever leak on the CIA