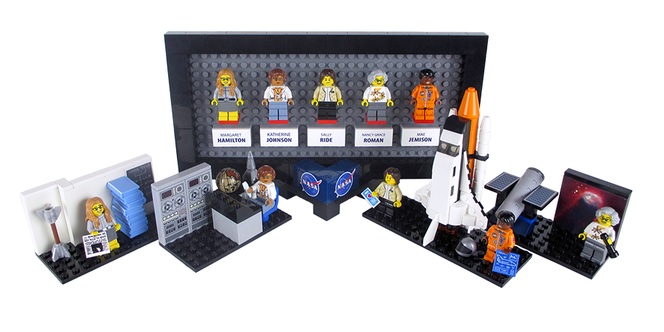 LEGO is honoring some of the most important women in the history of NASA (and science) — by turning them into minifigs.

Thrilled to finally share: @LegoNASAWomen has passed the @LEGOIdeas Review and will soon be a real LEGO set! https://t.co/rcyjANsVD9 pic.twitter.com/b9OVx5UBaL

The set comes from an idea submitted by Maia Weinstock, deputy editor of MIT News. She proposed it on LEGO’s Ideas site, and her proposal garnered 10,000 supporters by last August. LEGO officially reviewed and approved it at the end of the year, and announced the set yesterday.

Weinstock says in her proposal that the set “celebrates five notable NASA pioneers and provides an educational building experience to help young ones and adults alike learn about the history of women in STEM.”

LEGO still has to finalize the design before the set can be sold. It says to expect information later this year or early next year.