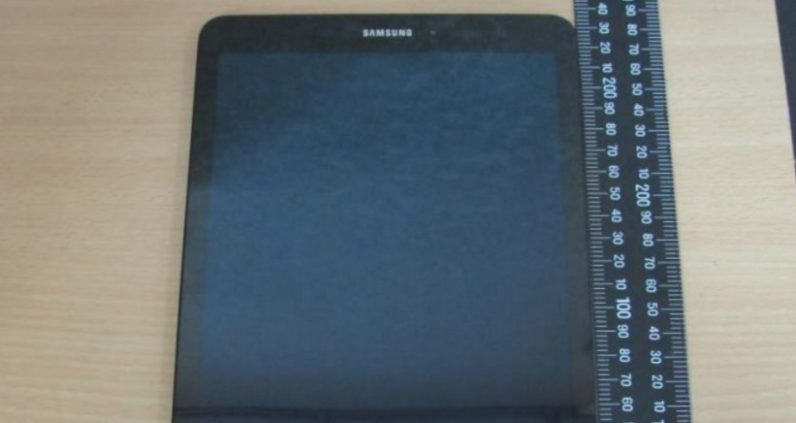 Samsung will almost certainly be announcing a new tablet at Mobile World Congress next week – the Tab S3 – and now we have our first good look at it.

The tablet just obtained federal certification in Taiwan, which has yielded a couple of of official (yet nostalgically blurrycam) images of the device. Surprise – it looks like a Samsung tablet.


That includes the familiar Samsung trio of buttons – it’s not removing the home button like the Galaxy S8 – and similar dimensions to the previous iteration. The metal frame is less noticeable this time around; it might be painted to match the black body in the photo, instead of the old silver.
The biggest difference is what appears to be a glossy glass back, which sounds a little dangerous for a device this size. It might just be plastic, but that would kill a lot of the premium feel.

It won’t be long until we find out more. Samsung’s event kicks off on February 26 at 1 PM ET.

Read next: NASA hints at discovery of new planets outside the solar system