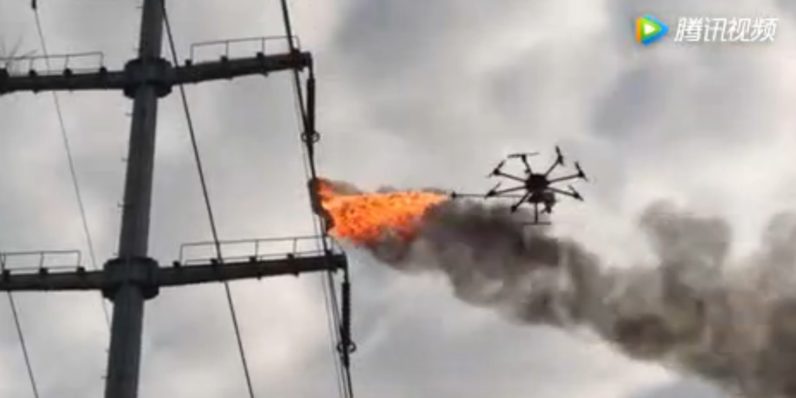 A power company in China found a novel way to eliminate trash on power lines — set it on fire.

A video posted to Chinese social media site QQ shows what appears to be a test of the process in Xiangyang, Hubei Province.

In the video, the eight-bladed drone flies to the line and releases a huge plume of fire at the trash. After the burned trash falls off the line, the drone descends to a man in uniform holding its controller.

While this could damage the very power lines it’s trying to preserve, it also minimizes the risk of human injury. These drones could also take care of trash in areas where it would be impossible to send a human.

This isn’t the first time drones have been used by power companies. The Wall Street Journal reported in 2015 that utility companies in Atlanta, Chicago, and San Diego received permission to use drones to inspect infrastructure and check for gas leaks.

Read next: Stream the content you want, wherever you are, with a lifetime of Getflix — just $39