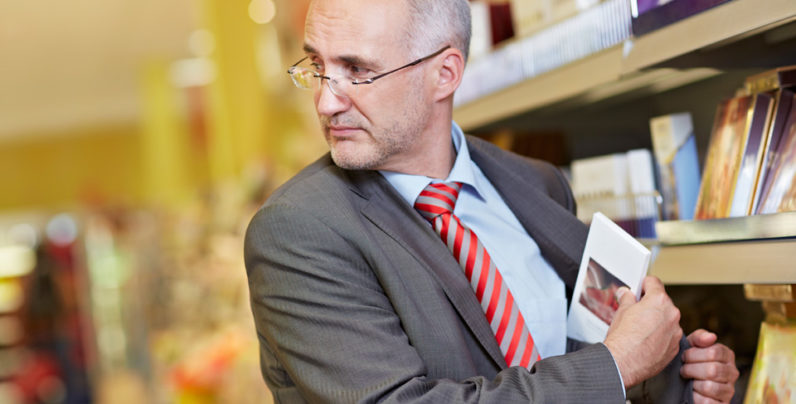 Irritated to find out employees of a certain grocery store have been illegally downloading and sharing one of his movies, film director Casey Tebo set out to take matters into his own hands and teach movie pirates a lesson they won’t forget.

The filmmaker, who scooped an Emmy award for his work on ESPN’s Dream On: The Stories of Boston’s Strongest, raised $500,000 from close friends and acquaintances to direct a horror movie called Happy Birthday. But as it turns out, not everyone who saw the movie opted to pay for it.

According to Tebo, an employee of an undisclosed grocery store torrented his latest movie and brought in a copy for everyone else at work to watch.

Determined to prove that pirating content is equivalent to stealing, the disgruntled director decided to go to the store in question and record himself lifting $30 worth of groceries for clam chowder without paying for them.

Describing his revenge initiative as a PSA (“Pirates suck ass”), the filmmaker has since uploaded the video to YouTube.

As you can expect, Tebo gets confronted by an employee of the store shortly after leaving the premises and the two quickly get into a heated exchange.

“You have to go into the store and pay or I’m gonna call the cops,” the employee says. “This is a store, you just robbed it.”

This is when the filmmaker unleashes his rhetorical, self-righteous rant. “See, the guy who works at your store likes to download the movies and burn ’em and give them to everybody who works there. You have people in your store who are stealing from my industry, so why can’t I just steal from you guys?”

While the two go back and forth for a little longer before the video cuts abruptly, Tebo claims he eventually returned the stolen goods. I guess he felt confident enough he’d made his point clear.

You can find the full footage from this bizarrely cringe-worthy occurrence here.

Read next: How to watch - or avoid - the Trump inauguration