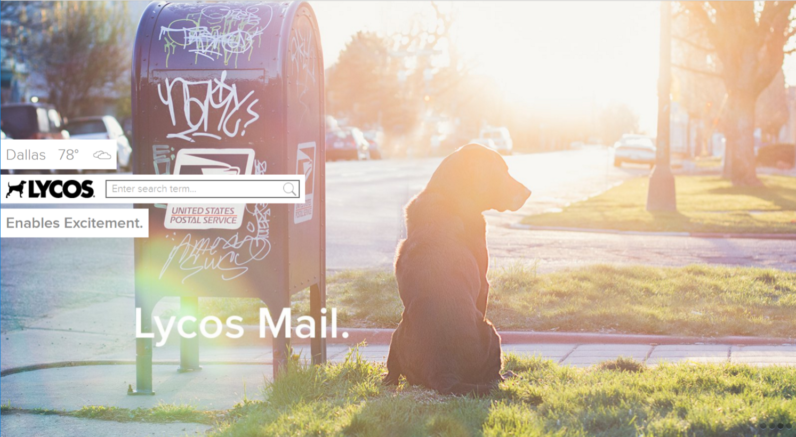 For all intents and purposes, Yahoo as we know it is dead.

The main part of the company has been devoured by Verizon in a deal worth $4.8 billion. What remains of it has rebranded as the (perplexingly-named) Altaba, which let’s face it, sounds like a brand of weight loss milkshake aimed at seniors.

Beyond the screwups (and let’s face it, there were many), it’s often said the real reason why Yahoo failed was because it’s impossible to compete with Google on search.

This isn’t an unreasonable point. After all, Google is a hegemony. People use it because its search product produces the best, most relevant results. I mean, its name is a byword for “searching for shit on the Internet.” Really, how on earth do you compete with that?

I think the answer is ‘quietly.’ Take, Lycos for example.

In the 1990’s, Lycos was a pioneer of search. It preceded Yahoo by one year, and Google by four years. And while it never really reached the same level of popularity of the aforementioned companies, it came pretty close.

And earlier today, I thought about Lycos for the first time in, well… Years.

So, where to begin? I guess the very least you can say about Lycos is it had the cutest mascot around in, yes, Lycos the Dog – a black Labrador with an impressive ability to hunt out grubby low-res pictures of 90’s supermodels, as demonstrated by the following TV advert.

In retrospect, Lycos had the same growth strategy that Google does today. It wasn’t content to limit itself to search. It wanted a piece of every pie – gaming, content, email, web hosting. You name it.

I have to say, using it purely as a search engine today, it’s not completely terrible. For obvious things – high-profile celebrities, Wikipedia pages, well-known companies – Lycos does an acceptable job.

That alone is pretty impressive, considered the diminished state it finds itself in. The company has traded hands several times, each time for an ever-increasing pile of cash. In 2009, it had revenues of only $24.74 million, and was sold to Indian marketing firm Ybrant Digital for just $30 million by Korean firm Daum Communications, which is a laughably small fraction of the $12.2 billion paid for it by Spain’s Terra Networks way back in 2000.

In many ways, you could consider Lycos to be tech’s Dick Van Dyke, or Rupert Murdoch: it’s still alive, but nobody really knows how.

Many of its old properties, like WhoWhere, Lycos Chat, and Tripod (remember Tripod?) are still operational, with many looking they did all when they first launched.

But what’s most strange is that Lycos has entered the wearables game. In 2015, it launched a fitness tracker and an NFC smart ring, for a reason that, frankly, I can’t explain. Check out this unboxing video for the Lycos Life Smartband.

We can assume that neither of these sold particularly well, given the Android version of the companion app only has between 1,000 and 5,000 downloads from the Google Play store.

What else have we forgotten?

I remembered Lycos for the first time in years today. It’s what inspired this (admittedly pretty off-the-cuff) article.

Which brings me to an interesting question: what other tech companies from the heady days of the Dot Com years have we forgotten but are still around?

Well, there’s Ask.com, obviously. Oh, and Excite.com is still around too. But what else? Feel free to let me know if you remembered any in a comment below.

Read next: You can catch Obama's farewell speech in VR tonight (if you don't mind tears in your headset)