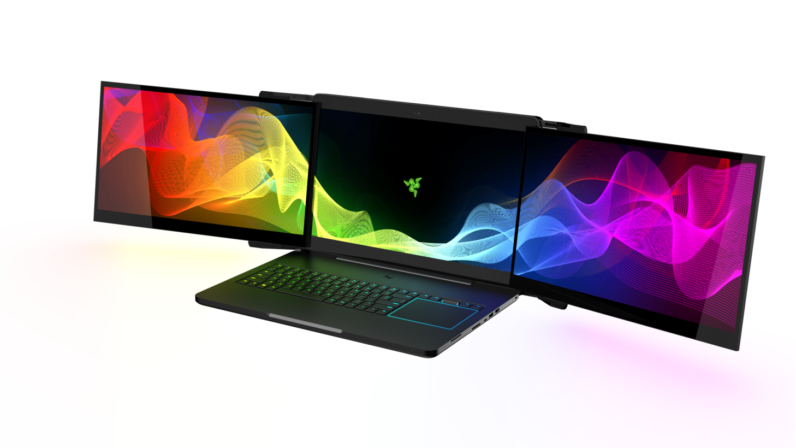 It’s the ultimate five-finger discount. As CES 2017 was coming to a close, someone helped themselves to two of Razer’s tantalizing new prototype devices.

“I’ve just been informed that two of our prototypes were stolen from our booth at CES today,” said Razer CEO Min-Liang Tan on his Facebook page. “We have filed the necessary reports and are currently working with the show management as well as law enforcement to address this issue.”

It’s not known which prototypes were stolen, but given that the jewels of Razer’s CES crown this year were the gorgeous Chroma projector, known as Project Ariana, and the (frankly-ludicrous) three-display laptop known as Project Valerie, you can make some pretty safe assumptions.

We also don’t know the motive behind the theft. Was it an opportunistic theft, committed by someone tempted with some ultra-high-end gaming gear? Or is it something more troubling? Tan isn’t ruling out the possibility that the theft could be industrial espionage:

“We treat theft/larceny, and if relevant to this case, industrial espionage, very seriously – it is cheating, and cheating doesn’t sit well with us. Penalties for such crimes are grievous and anyone who would do this clearly isn’t very smart.”

This isn’t the first time Razer has had its pre-release gear pilfered. In 2011, two experimental Blade laptop prototypes were stolen from an R&D facility in San Francisco.

As you’d expect, Razer is appealing to the public for information. If you know anything, or if you see a three-screened laptop pop up on Craigslist, you can drop them a line at [email protected]

Read next: Bore yourself to happiness